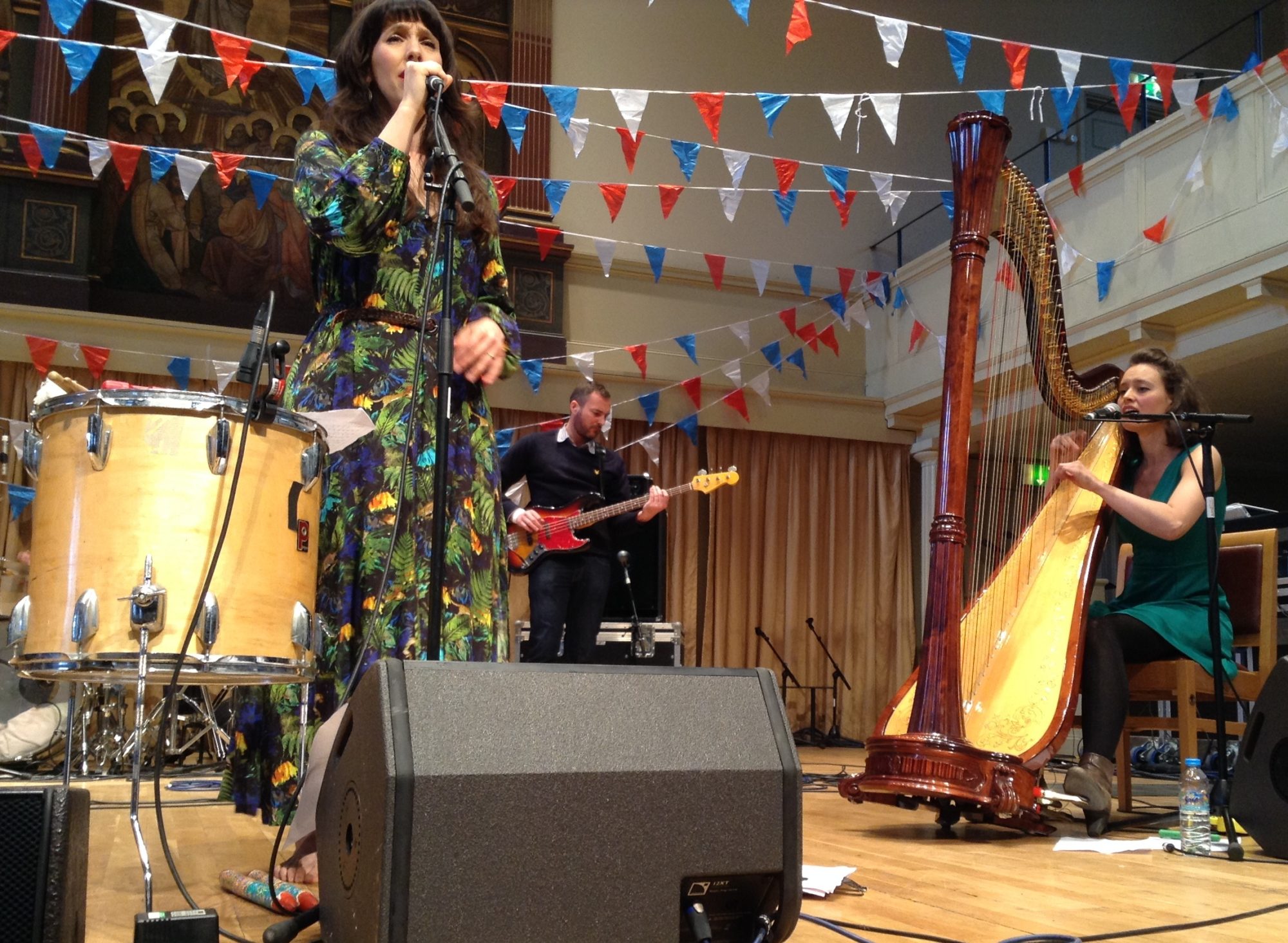 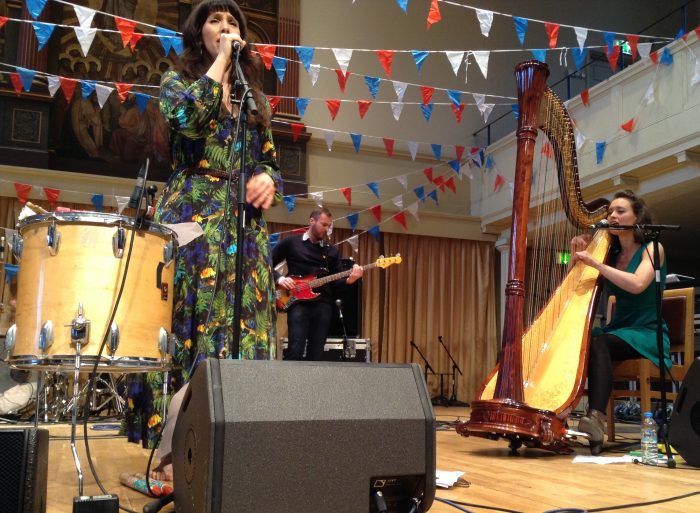 Philip Allen takes a stroll amongst the woodwind at Bristol Folk Festival and discovered a Welsh gem.

Alternative Welsh-speaking folk band 9Bach have just released their latest opus, ‘Anian’, a Welsh word meaning nature, the natural order, natural morality, the natural world, what you are made of, your soul and bones, and how you connect with other people. An incredibly evocative work full of heart and soul for their cultural past, present and future, never shying away from embracing diverse genres and styles.

Despite having them billed as headliners, 9Bach take the stage more as ‘opening headliners’ after the festival welcome at midday from the Bristol Folk Singers and ‘Ceilidh’ band, Threepenny Bit. Those present were treated to a fantastic performance full of magical dynamics and literal punctuation. The new songs of course dominated the set with, ‘Llyn Du’ highlight the delicate interplay between the three female vocalists. Lead singer, Lisa Jên is captivating as she leads, explaining each track with an introduction for us non-Welsh speakers. The intelligence and depth of the music is spellbinding, as are Lisa Jên’s vocals that soar and flutter with incredible beauty.

Whilst there are very traditional elements to their sound; The use of the Harp and the song structures being the main two. The band manage to inject a contemporary twist, incorporating Eastern influences as well as pulling from various genres such as Psyche, Dub and Rock. At times, they sound like Portishead, down-tempo and sobre in tone. The subject matter is of equal weight with such songs, ‘Ifan’, based on the true story of Ivan Mishukov, the Russian child who left home at the age of four to escape domestic abuse before being adopted by a pack of feral dogs. There is a beautiful sensitivity in how the subject matter is dealt with, bringing the band’s emotional intelligence to the fore even more than usual.

It’s a refreshing perspective, full of intelligent emotional reference that they bring to the folk genre and certainly gives them the ability to break out to a larger audience, which they richly deserve.