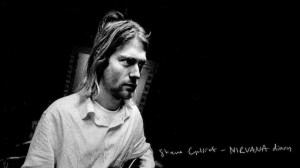 As one of the leading rock photographers of his generation, Steve Gullick’s portfolio includes a host of legendary artists – Nick Cave, The Prodigy, Patti Smith, Pearl Jam, Foo Fighters and many more – but it’s his photos of Nirvana that have served as some of the most iconic and long lasting.

Now Gullick has teamed up with direct-to-fan site PledgeMusic for the publication of The Nirvana Diary – the definitive photo book charting an era that redefined rock music.

As Gullick explains: “The NIRVANA diary is a photographic journey through my work with Nirvana & their contemporaries – Jesus Lizard, Mudhoney, Melvins, Screaming Trees, Soundgarden etc – from my first Sounds commission in February 1990 to a session with Eddie Vedder just after Kurt’s death.”

This 196 page coffee table book contains stunning reproductions of classic as well as unseen photographs accompanied with Gullick’s recollections and a foreword by one of the UK’s leading authorities on Nirvana – Everett True.

By utilizing PledgeMusic’s direct-to-fan platform, Gullick can offer fans the opportunity to help realize the book in a variety of innovative ways.  One hundred signed copies of the book and limited edition postcard sets are some of the items available to Pledgers via pledgemusic.com/projects/nirvanadiary.

PledgeMusic is the world’s leading online, direct-to-fan music platform, offering artists a unique way to engage their fans in the music making experience whilst interacting with PledgeMusic’s global community of music fans. Since its inception in 2009, PledgeMusic has worked with artists and labels to deliver high impact campaigns that provide exclusive engagement, incentives and content for music fans as well as new commercial benefits and revenue streams for artists and music labels.