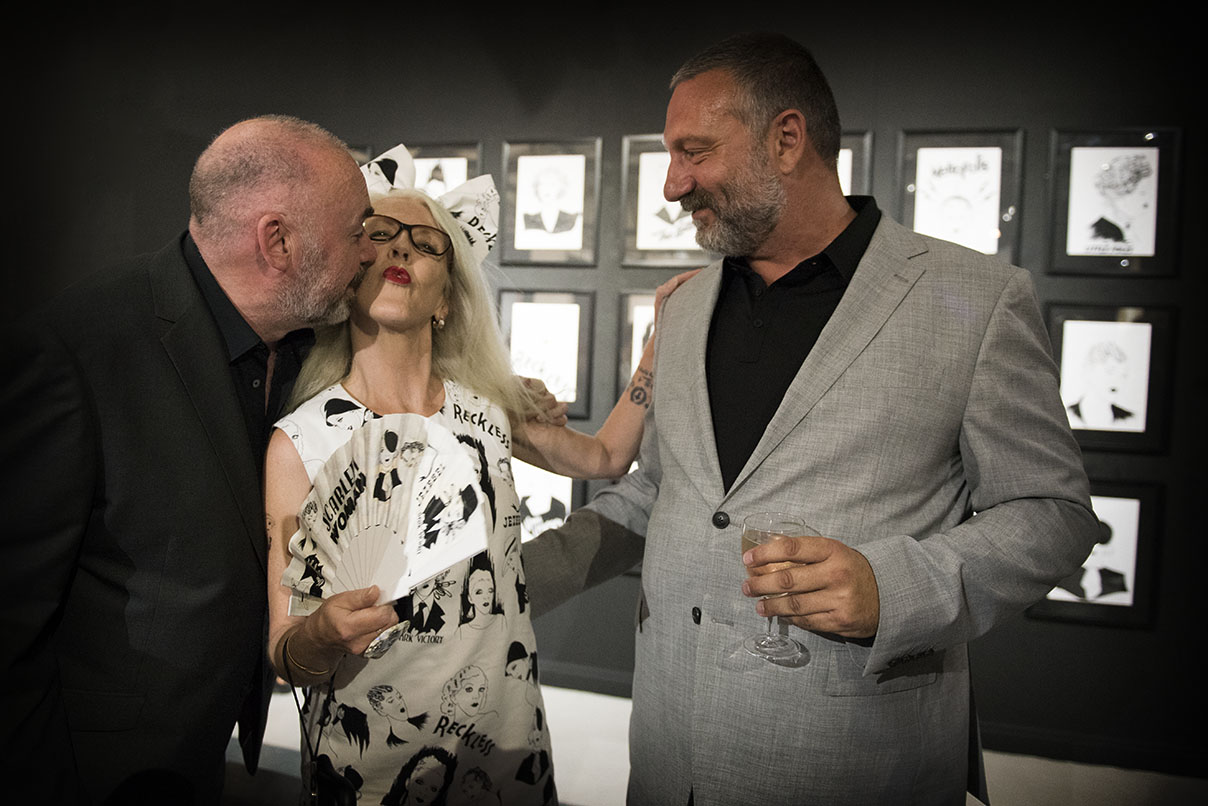 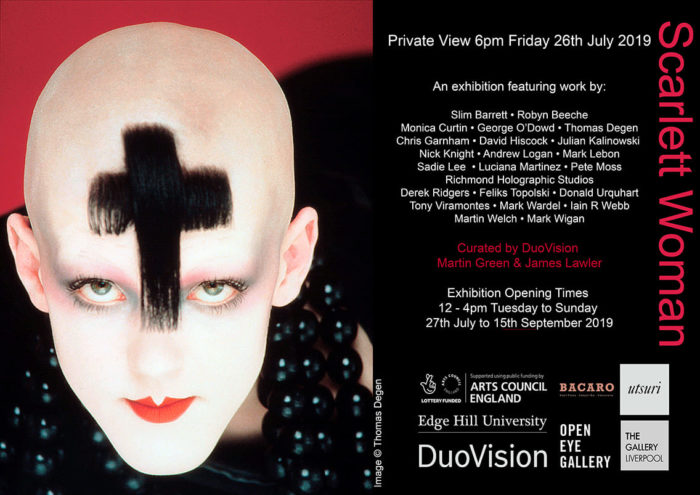 Martin Mathews and Melanie Smith had an invite to the preview of the excellent exhibition ‘Scarlett Woman’ curated by James Lawler and Martin Green who are Duovision. The subject was Scarlett Cannon – 80’s model, muse, teenage club host, the unique face of the New Romantics era who became influential on popular culture and London’s 1980s club scene. Scarlett lived life on her own terms, in her own unique glorious style and became one of the movers and shakers of this period. 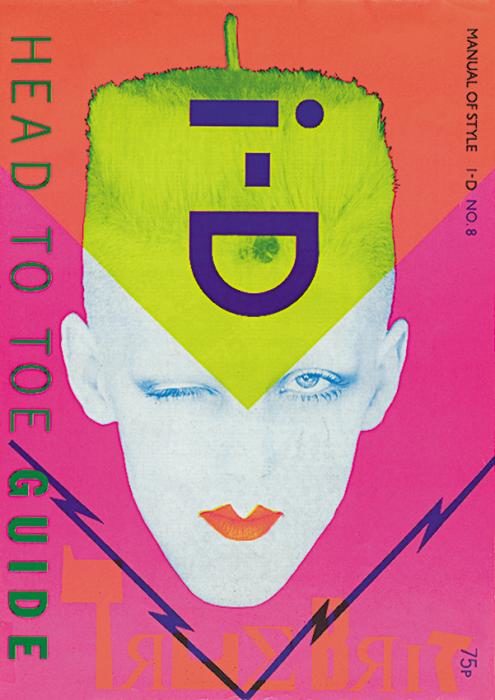 Scarlett Woman features paintings, film, photography, illustrations, 3D portrait, sculpture and lots more, there is also brand new art specially commissioned for this exhibition. We had our favourites, but go and see for yourself. It is such a feast of alternative style and creativity at its finest, from some of the best in the artworld.

Blitz Kid Scarlett was in attendance at the exhibition with her dog Lady Maude. Scarlett was dressed head to foot in a specially designed outfit by Donald Urqhart taken from his illustrations, which can be seen fillng an entire wall. Scarlett was one of the most recognizable faces of the 80’s and appeared on many magazine covers, such as the much missed i-D magazine and some of these are featured in the exhibition, alongside snapshots of the period. 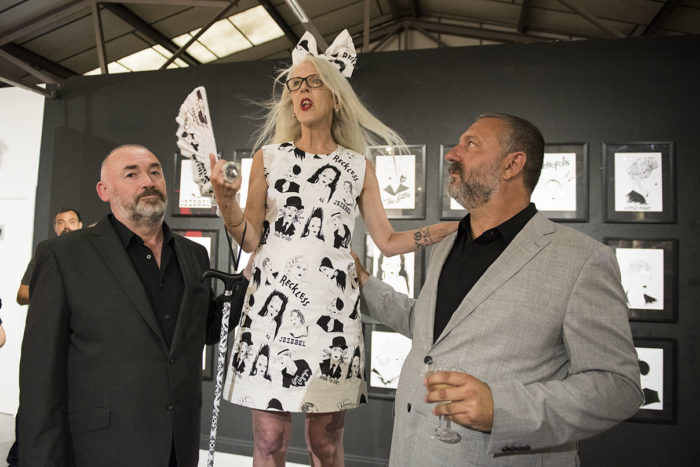 Two pieces on display are by the legendary Boy George who was in attendance and happily posed alongside his artwork. Other notable guests at the event were Fashion Designer Pam Hogg, Liverpool artist Ben Youdan, artist Mark Wardel, photographer Derek Ridgers, and Donald Urqhart. Many  were happy to share their own personal memories and spoke of the influence that Scarlett had on them. 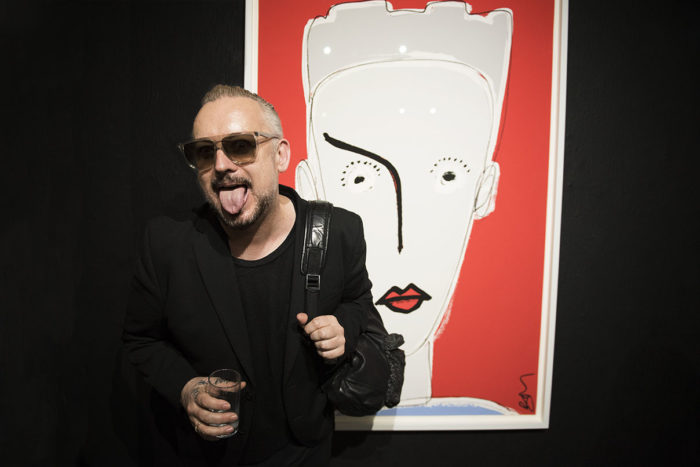 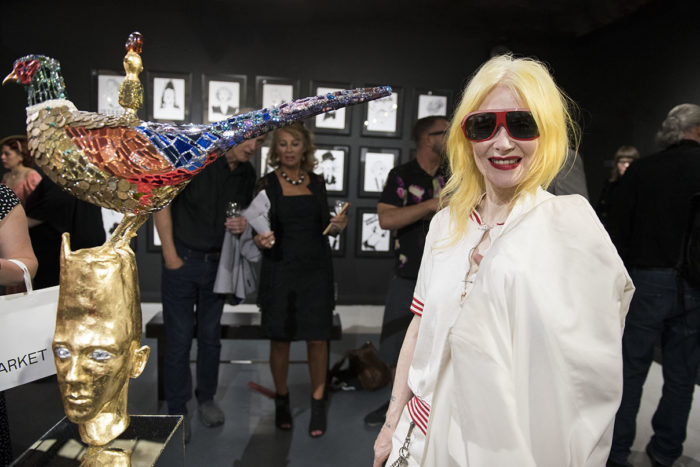 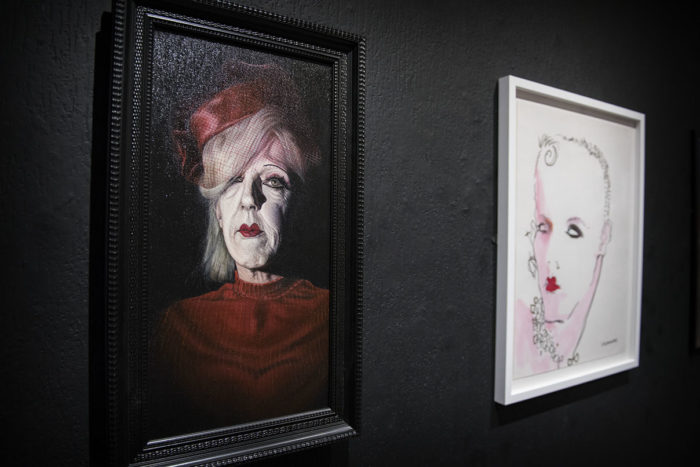 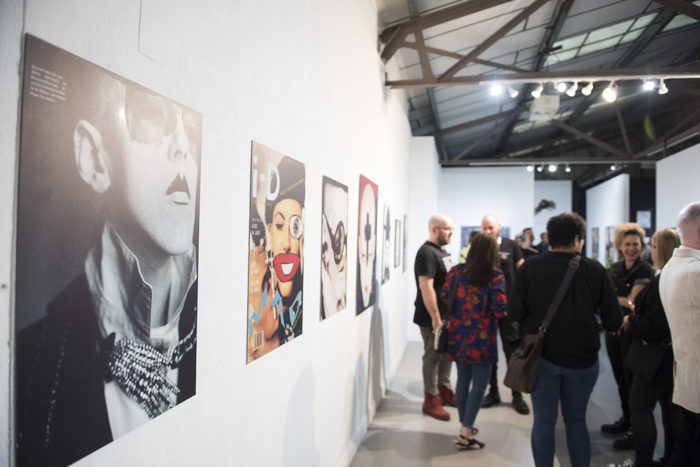 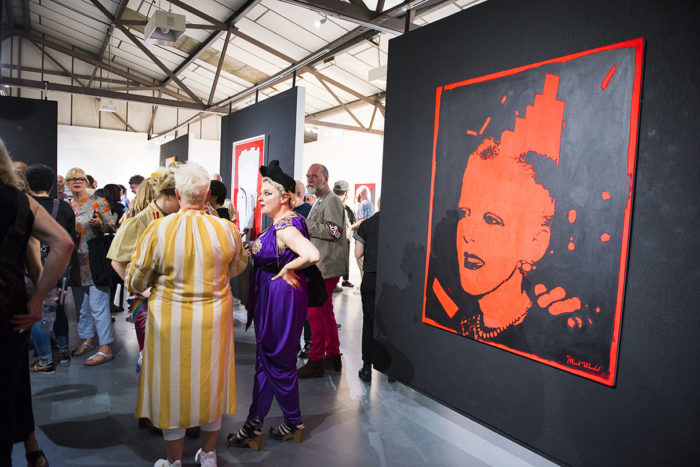 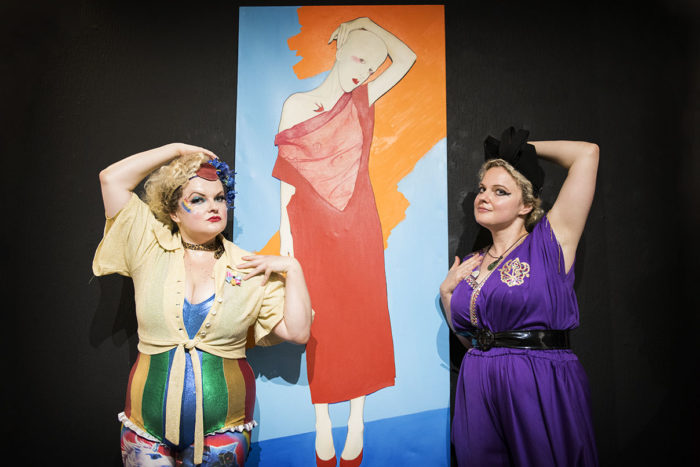 Scarlett Woman is a visual treat for anyone who has an interest in the 80s and pop culture and should not be missed!

The exhibition is now open and running until the 15th September 2019 at The Gallery on Stanhope Street in Liverpool and is open Tuesday to Sunday from 12-4pm. 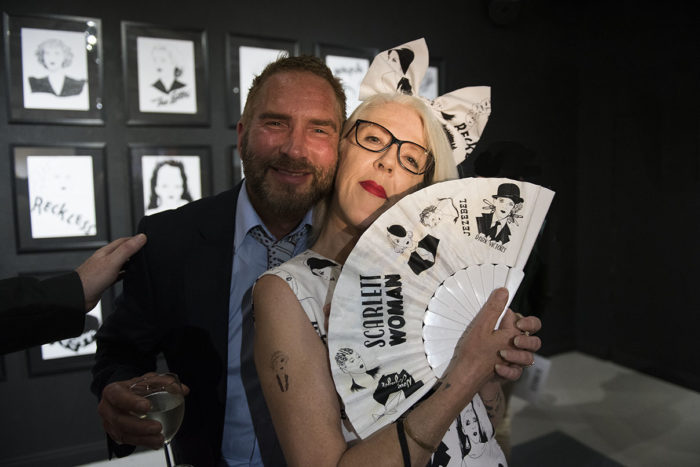 Video by Mark Jordan, you can find him on Facebook here:

Keep an eye on exhibitions at The Gallery, Liverpool  here:
For more information about Duovison go to their website  here