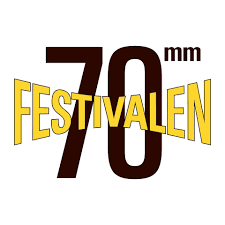 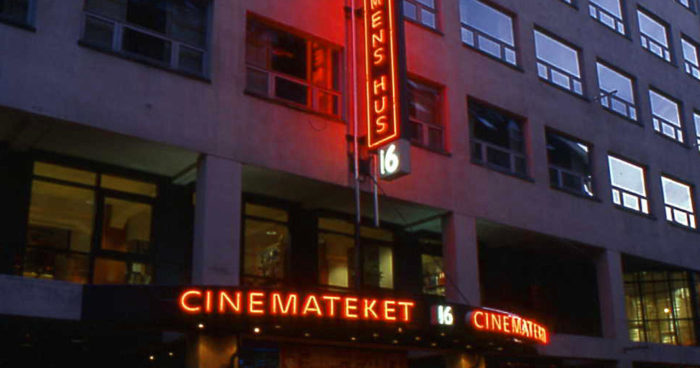 In an age when TV was threatening the existence of cinemas, exhibitors and production companies came up with ways in which they could attract people from their homes and into the auditorium. One of the solutions was to increase the celluloid in which films were being shot on from 35mm to 70mm. The 65mm negative that was produced resulted in twice the quality and also twice the size of the image, which led to the construction of huge screens across the UK and the USA. The heyday of 70mm films was the 1950s – 1960s, as many big releases were shown in major cities as ‘roadshows’; a black tie event with reserved seating and the film would have full overture, intermission, entr’acte and exit music. The format declined during the 1980s, although normal 35mm films were blown up to 70mm. The format has had a resurgence lately thanks to the likes of Christopher Nolan, Paul Thomas Anderson and Queutin Tarantino.

There are a select few film festivals dedicated to preserving and showcasing films in this glorious format. The 70mm-Festivalen is one of the more well-known and accessible festivals, operating on a bi-annual basis. The Festival runs for an entire week, but I was there for the opening weekend which had some quality films on offer, including some rare copies that won’t be shown anywhere else. This festival is the brainchild of curator Jan Olson, who is a very nice man and made all guests feel welcome and at this festival, you could feel the passion for the format surging through him.

Here is a rundown of the films I watched: 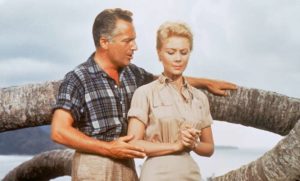 The opening night film was an adaption of Rodger & Hammerstein’s Broadway musical South Pacific, and was shot in the Todd-AO format. Released in 1958 during the heyday of the Hollywood musical, this film played continuously at the Dominion theatre in London for four-and-a-half years! The print that screened was a restored version, which meant that it has all of the major aspects restored, such as the sound and colour.

The film itself is typical of a musical from that time, and revolves around the affections of American nurse Nellie (Mitzi Gaynor) towards middle-aged French Plantation owner Emile (Rassano Brazzi), against the backdrop of the War in the Pacific. While the representations of the natives and women are not offensive, they are quite dated in that the gender roles are standard. This however doesn’t detract from the film’s quality. The soundtrack by Rodgers really adds to the exotic nature of the film. The film also boasts a number of excellent and engaging singing sequences.

Directed by Ron Fricke, Baraka is unique in that it features no dialogue and is essentially a story about the human experience on earth. Released in 1992, this means that the print is in perfect condition since it was struck not too long ago. The film is a sensory experience that can only be fully appreciated on the big screen. We are shown various cultures from around the world; we see a jungle temple in Indonesia, the Temple Mount in Jerusalem, the Tokyo Subway, etc. The film also presents very harrowing images that still resonate today. The camera goes through Auschwitz and we see the victims faces superimposed over the footage, which included empty shoes and a pile of bones. One of the more striking sequences for me was a group of monks chanting at a jungle temple. The chant would rise in crescendo and then abruptly stop, only for the lead monk to utter the chant at a low level and raise the volume again. 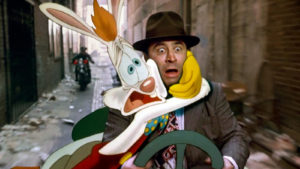 Featuring a cadre of well-known animated characters and the efforts of Detective Valiant (Bob Hoskins), Who Framed Roger Rabbit was shown on a print blown up from 35mm. The visuals were in good condition, however the soundtrack kept fading in and out on occasion. The narrative follows Roger Rabbit (Charles Fleischer) and Valiant as they seek to uncover a conspiracy to destroy Toon Town and in the process clear Roger’s name.

The humour in this film comes from the juxtaposition of the gruff Valiant against the backdrop of the animated characters. The animation still holds up today and Roger is a likeable and funny character who acts an anchor for the audience to follow the story, with hilarious results. Christopher Lloyd as Judge Doom makes for a psychopathic villain who wants to extinguish toon town, but comes across as quite tame to adult audience members. 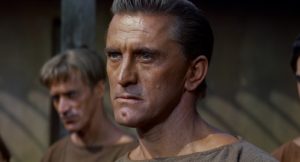 “They don’t make them like that anymore” can easily be applied to Spartacus. Directed by the great Stanley Kubrick, the film follows the slave Spartacus (Kirk Douglas) as he leads a slave revolt against his roman masters. Featuring a plethora of talent from Laurence Olivier, Peter Ustinov, Charles Laughton and Jean Simmons, this film is thoroughly entertaining and has thrilling action set pieces, but also emotional moments that make us empathise with Spartacus and his struggle. The set design in this film is also incredible, as we go from the slave pens all the way to the Roman Senate.

The print shown was a restored copy from the 1991 restoration. It has all of the colour restored, as well as a deleted scene in which Olivier’s Crassus makes homosexual connotations towards Antoninus (Tony Curtis). This scene was considered too much for audiences in 1960 but is pretty tame by today’s standards. 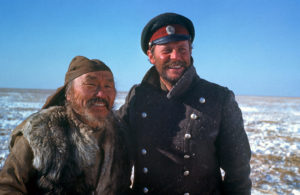 This is the only film that legendary Japanese director Akira Kurosawa made in 70mm. Another interesting aspect about it is that it was made in the USSR in 1975, as Kurosawa couldn’t get funding to make films in Japan. This is a rather obscure entry in the director’s filmography as it’s rarely mentioned in accounts of his work, it’s never been restored, but yet it won the Oscar for Best Foreign Language film in 1976. Strange. The print I watched was a vintage print with Danish subtitles. This made for very interesting viewing, and despite the language barrier, I enjoyed watching the film in this way! The colours and sharpness of the print were fantastic as well.

Adapted from the memoir 1923 Dersu Uzala by explorer Vladimir Arsenyev, the film takes place in the Siberian wilderness and follows the multiple expeditions that Russian explorer Captain Arsenyev (Yuri Solomon) takes alongside nomadic hunter Dersu Uzala (Maxim Munzak). A central theme in this film is man vs nature, as we see the two men battle extreme weather, and in the process strengthen the bonds they have together, despite their different backgrounds. The cinematography captures the beauty of the wilderness so well. 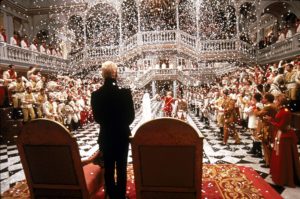 This was my most anticipated film of the whole festival. Filmed in Super Panavision 70 featuring the full text of Hamlet, this film has to be seen on the big screen and I kept my expectations in check beforehand. I however, was not disappointed. The print shown was a fantastic copy. The 70mm makes a huge difference and brings the entire play to life, and the choice to transport the play to a 19th century setting, really makes this adaptation something special.

The narrative starts with the quick marriage of Hamlet’s mother Gertude (Julie Christie) to his uncle (Derek Jacobi), we see Hamlet (Kenneth Branagh) watching from the sidelines, convinced that Claudius had a hand in murdering his father. While it runs at just over 4 hours, the film doesn’t drag as the film’s sweeping quality keeps you engaged as well as the fantastic cast of actors that feature. The film is richly detailed, as Elsinore is brought to life in a fantastical way, and the play keeps you throughly engaged, with not one word omitted from the original play. With all this the film became my favourite very quickly. 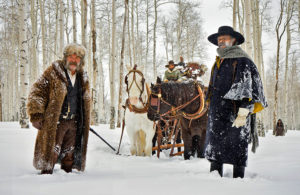 The 8th film from Quentin Tarantino, I feel that it’s unfairly compared to Django Unchained. They are two different films; one is a fast paced action film, whereas the other is a slow paced mystery film that builds tension between it’s ensemble of characters. We first encounter John ‘The Hangman’ Ruth (Kurt Russell), who is escorting the criminal Daisy Domergue (Jennifer Jason Leigh) to Red Rock. On the way he meets bounty hunter Marquis Warren and they take shelter in Mini’s Haberdashery, along with a host of other strangers. Tensions begin to build as Tarantino utilises 70mm to show how each character reacts to each other.

Filmed in Ultra Panavision 70mm which is double the size of normal 70mm, thus producing an extra wide image, Tarantino showcased a version entitled the ‘roadshow’ cut which premiered in cities like London. This was done to evoke the old-school roadshow releases and this was the version I saw at the festival. Since it’s new, the print was remarkable and had hardly any defects. The interiors and exteriors of the film were fantastic, helped by the 70mm cinematography. The longer runtime actually made the film flow better, because every thread in the narrative was explored and wasn’t rushed. I also forgot how funny the film is as well as the hyperbolic violence, all part of the Tarantino style.

Disclaimer: The films mentioned in this article don’t include all the films in the festival. Jonathan only went to the opening weekend and the festival runs for a whole week.

Many thanks to Jan and the whole team at the Cinemateket.