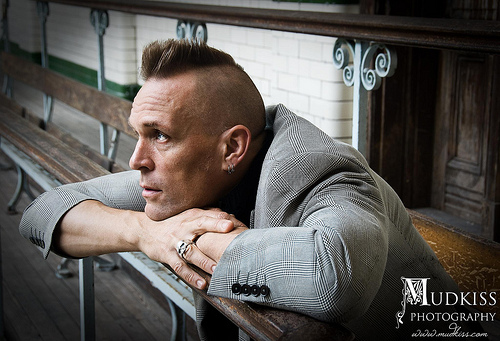 Veteran is what i now get called in articles.

I’ve heard so much music that I can’t boil it down to a quick list.

Instead of a list of hip new stuff to listen to I wallowed in the past – that’s what birthdays are for I suppose.

Usually on my birthday I’m on the road somewhere. Last year I was with the Membranes in Cork and we played a great gig in a music hall. Oddly this year I’m not anywhere. Stranded in Manchester on a bank holiday so I spewed out this list off the top of my head. It’s a mix up of mainly old stuff. Dusty relics of youth. That’s what birthdays are before. tomorrow I will be back out forging and foraging into the future…

Tomorrow it will all change again.

These are not in order…

1. Sex Pistols ‘God Save The Queen’

Still as visceral and thrilling as ever.

Swans new album, To Be Kind, saw the noiseniks come as close to the Doors long strange trip as is possible in the 21st century. And that’s a good thing.

3. The Saints ‘Know Your Product’

Punk is littered with great lost moments. The Saints should have been massive but they had the wrong hair. That mattered then. They left behind a clutch of brilliant songs. One day some will cover this and take it to number one.

3 and a bit the Beatles ‘Strawberry Fields forever’

Still the most psychedelic song ever. We tested them all whilst in another chemical place and this dark and eerie piece wrapped its tentacles around the subconscious better than anything.

Pure rock n roll from the writer of Brand new Cadillac – a  special mention to sweet Gene Vincent as well.

As spectral and eerie as ever and Brian Jones proving that it’s what you add to A song that creates  the magic dust.

6. The Stranglers ‘Down In The Sewer’

Prog punk psyche genius. Brilliant song from perhaps the greatest band from the punk era. Or any era.

Where do you start? Alan Holmes gave us his top 424 Fall songs. Today we have space for just one. Waspish and thrilling and stripped down to the bass assault and snarling vocal and somehow still pure pop.

One of the most thrilling rides in rock n roll ever.

9. Stone Roses ‘Made Of Stone’

Still gives you a shiver down your spine with its insolent crystalline pop rush – see also Jesus And Mary Chain.

British event garde at its best

Dark dub genius from one of the most underrated bands ever.

17. Siouxsie And The banshees ‘Switch’

Ice cold genius from one of the great UK music icons…

The most perfect rock n roll song ever-  a song to start riots with.

Brilliantly recorded by Steve Albini and heartbreakingly stripped down rock.

Anything from that weird funk planet

Still one of the great bands from the punk era- one day everyone will realise!

Every song is touched by his genius…

More genius dub. Could be anything- mystical dub magic…

The innocence of youth channelled through the purest of rock n roll . Perfection.

The Cramps take Strychnine literally and poison the original with their kooky genius. Poison Ivy is still one of the greatest guitar players in history.

35. Mott The Hoople ‘All the Way From Memphis’

Only Clint Mansell can match Morricone for film music atmosphere.

Unnervingly brilliant ode to political confusion with a thrilling joyride of a riff.

revolutionary fervour! And a bit of Gnawa as well!

Perfect sex pop and one of the best choruses of all time- dark and strange.

A magic mushroom favourite from the late seventies

Fellow Blackpool band who were Joy Division’s creative equals but never got the credit.

Syd’s psychotic meltdown was hell for him but before he left there was one last flurry of song writing brilliance before he disappeared.

One of the most important band from the punk era. it’s been great conducting in conversations with Viv Albertine this year.

A song to get lost in. It was  a real pleasure to sing this onstage with Wobble and Levene a couple of years ago…

Still majestically mysterious after all this time.

Takes you on a trip.

Some of the kookiest pop music ever with video to match

Still one of the greatest rock bands ever…

From the most perfectly produced rock album ever