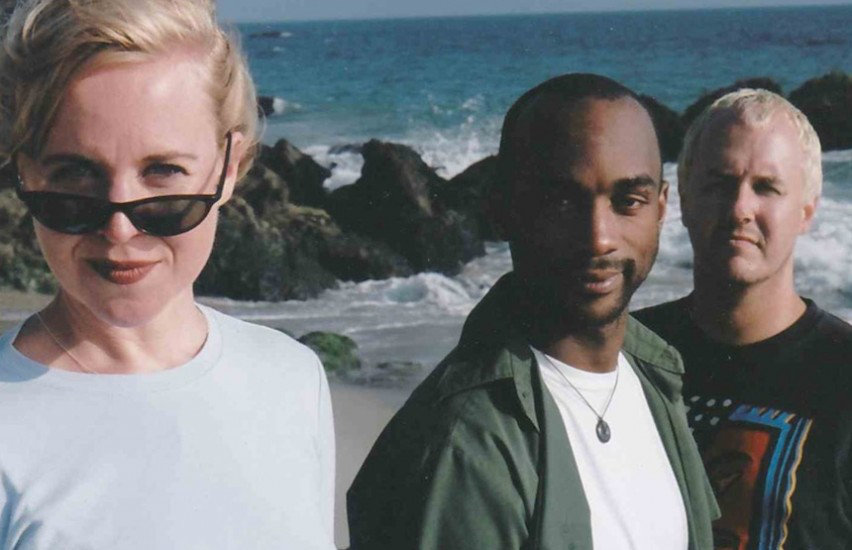 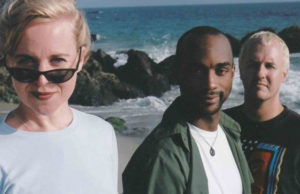 Louder than war’s Ioan Humphreys has a listen to the latest EP from 50FOOTWAVE, the side project of Throwing Muses’ Kristin Hersh and Bernard Georges with drummer Rob Ahlers.

This is the sixth major release from this LA based band indie band headed up by ex Throwing Muses’ Lead Kristen Hersh. Comprised of Hersh and Bernard Georges of Throwing Muses, and drummer Rob Ahlers, this trio first became known for pioneering the name-your-own-price movement, which began with their 2005 release “Free Music”.

Apparently named after the lowest note audible to human ears, 50FOOTWAVE was intended as an outlet for the noise/math rock pieces that didn’t fit the aesthetic of Throwing Muses or Kristin Hersh’s solo work.

And this seems to make sense to a certain degree?

Title song Bath White launches into nice grungy guitars and just has that Throwing Muses, Pixies, indie sound that you associate with Hersh? Singing about ‘depression and addiction’ with THAT voice! By the time she is wailing “no matter who you are” to a crescendo of noise, you are starting to ‘get’ 50FOOTWAVE.

Another tight riff and Hersh’s unmistakable vocals brings the delightfully titled song God Is Not A Dick. After a slice of indie rock, you also get some euphoric noise refrain of “you promise God is not a dick” and distortion filling out the track.

Human follows quickly with an insistent riff and a really fast tempo. Hersh sounds really pissed at something. It’s the most up-tempo offering so far.

Ratted Out is a slower, more studied track. “Sore and sweating” – “we rotted out. We rotted out from the inside out”. It’s a slow burning visceral track that ends with big orchestration and distortion. Combined with the instrumentation and Hersh’s unmistakable vocals! A fantastic song.

St Christopher has a slow start which then gets frenetic and grows throaty and grungy. In between the noise, you get the same ethereal Hersh loveliness. It’s a great tuneful indie rock track. It gets soft and thoughtful, then very angry. Is this the band getting religious? Or denouncing it?

Sun Salute begins nice and slow and low, but then explodes into a fast and furious indie rock track. It’s a positive end to this frenetic EP.

Kristen Hersh holds a special place in everyone’s ’90’s indie rock heart. Some people may want to hold onto that sound and love it for old times’ sake. Some of us may want to grasp that sound and take it forward where it belongs; into a barren and indie rock dearth that we currently call home.

Hersh has a beautiful unique voice that could sing a telephone directory. Why aren’t we celebrating her and 50FOOTWAVE? This is the future of indie rock, surely.

50FOOTWAVE’s early releases are available for download free of charge here and licensed for sharing via Creative Commons. In this relation, Kristin co-founded the non-profit Coalition of Artists and Stake-Holders (CASH Music) in 2007. 50FOOTWAVE can be contacted via their website or Facebook. They also tweet as @kristinhersh