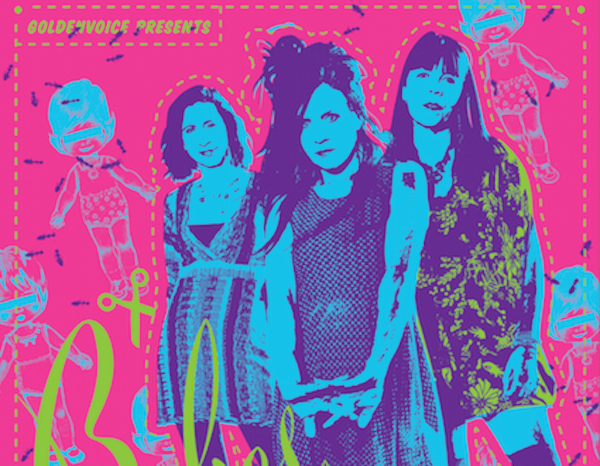 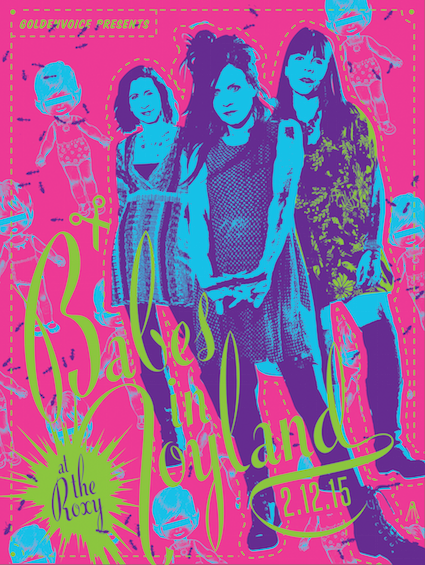 Five reasons not to miss Babes In Toyland when they tour the UK this month.

Ged Babey forgoes any kind of objectivity as he gets excited about the return of reformed Grunge Punk Queens Babes In Toyland to the shores of the UK for a short, unmissable tour which kicks off in Bristol on May 24th then goes to Southampton (May 25th), London (26th), Manchester (27th) and finishes in Glasgow (28th).

Tom Morello of Rage Against the Machine introduced Babes In Toyland onstage at their first gig after reforming. A great emotional speech where he described them as:

“… the princesses of punk. They are the matriarchs of metal. They are goddesses of grunge. They were riot grrrls. Now they’re riot moms”

Talking about the intervening years since they split, with its addictions and mental health problems he added:

“Babes in Toyland have gone through hell, but each one of them looked the devil square in the eyes, gave them the old Minneapolis middle finger and said, ‘You can’t get the better of me mister. Because me and my badass sisters have got some more fucking rock and roll to play.’”

The whole gig is reviewed here and there is loads of footage on Youtube.

“In October 1990, Peel saw the group perform at a gig in Bedford above a pub and called it on 28 December 1999, one of his all time favourite gigs, after playing their track House, as one of his Peelenium 1990. At the end of 1990 Peel called their album Spanking Machine his favourite LP of the year.”

As Sheila says here it wasn’t just John who loved them, it was the whole family…

.. and took them on tour with them, helping to get them a wider audience and featuring them in the film ‘1991 The Year That Punk Broke’ directed by Dave Markey.

4.  They were the best of all the so-called ‘Grunge’ acts.

…in my humble opinion. Yeah, even better than Nirvana (he says in controv-mongering clickbait style). Just check out this early Sub-Pop single ‘House’…

They were truly visceral live and from the clips of the gigs in the States this year they still are.

They really did invent their whole look, sound and aesthetic. Bits of which were stolen by a certain woman. They were American Gothic in a Carrie meets Slasher movie style.  Punk Rock meets Beefheart blues meets primal scream therapy (and I’m not talking Bobby Gillespie).

The songs are dark and hint at abuse and revenge with recurring images of childhood and psychosis.  Whether based on real events or fiction the songs were powerful and unforgiving. Momentous, tempestuous and gorgeously grungey.

Their influences ranged from the Cramps to the early Slits to Lydia Lunch yet the band went on to do some great pop cover versions; We Are Family, Calling Occupants of Interplanetary Craft ( both sung by drummer Lori) the Girl Can’t Help It and All By Myself.

Kat is an extra-ordinary singer and performer; clicking her heels Wizard of Oz style or rolling her eyes Exorcist-like, growling and screeching.

Lori is a unique, powerhouse of a drummer, and Maureen one of the coolest bassists on the planet.  They have a magickal, demonic chemistry. Few bands can match them live when it comes to real gut-wrenching, teeth-gritting, head-banging bad-mood, fucked-off rock’n’roll.  ( a few examples below).

Whether this reformation will last is hard to tell, but while they are back and on the kind of form they seem to be, they really are an unmissable live proposition.

All words by Ged Babey. Poster for the Roxy gig taken from the band’s facebook, so cannot credit the designer, but hey it looks great and if he / she gets in touch we’ll happily add a hat tip in their general direction.