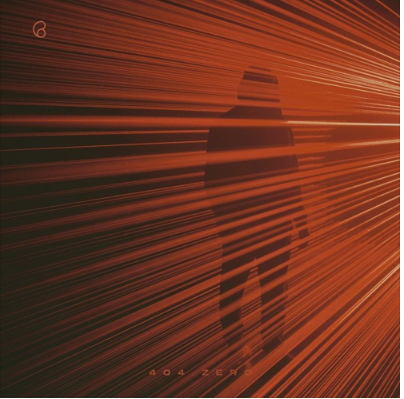 It’s a shame that we feel we need singles or promotional tracks. I remember listening to the first release from this album (appropriately named ‘404.1’) and thinking, it’s really nice, there is a definite intelligence and presence here, but what else can I do with it? Listening to this record as a whole though, you realise this is a monumental album, akin to Tangerine Dream’s epic Zeit, in that, like a bloody great big cloud, it sits there and refuses to go away until you have given it proper recognition of its presence.

Before we go any further a brief naming of the parts is needed. 404.zero is a duo: namely Russian media artists Kristina Karpysheva and Alexander Letsius. What they have made on this, their first record for the renowned Bedroom Community label, is nothing short of spectacular.

Vast slabs of sound heave and shudder, some tracks act like tectonic plates ramming against each other. Others act as receivers for restless frequencies, such as the claustrophobic ‘404.6’ . Is it the sound of sound? Well, yes. Apparently the pair locked themselves away in Reykjavik’s Greenhouse Studio and banished the outside world; becoming virtual hermits during the recording process, with only a Buchla and a Eurorack for company. I mention this fact because it truly does sound as if very little human agency affects this record, outside of the actual making of the sounds themselves. Sometimes this process results in wildly abstract passages of sound which may as well have been whale recordings: such as on ‘404.2’.  (Actually, we do get what “must be” whale noises in ‘404.4’, which somehow morph into other, less figurative sounds.) At other times we embrace a nirvana-like void that embraces its nothingness through a sequence of pulses, hollowed out reverberations and high pressure atonalities (‘404.3’).  At all times the effect is spooky, dismembered, but also, strangely, wildly exciting.

Despite 404.zero being a multidisciplinary act, investing as much care in their visual as their audio processes, this record can live completely without any attendant imagery. Which is great: I like to wallow in that out-of-focus gaze listening to music (live or on record) enjoins. It’s a waking dream in the now that can be incredibly giving. But with the sheer omniscience of the music here, you do need space to prowl around. And in some ways it’s a very Russian record. For one you can just imagine one of the constructivists naming the LP in order of its track sequence… And the overall rigor of it has a certain concreteness and clear line of attack that could also be seen as Russian. But the music is goading me on to guess wildly.

If you need a break from all these stentorian poses, there are also very enjoyable pressure drops, such as those experienced when listening to ‘ 404.5’, which is as sultry as any Harold Budd piece. The 19 minute epic, ‘404.7’ also masquerades as a very nice woozy zone-out which reminds one in places of Caterina Barbieri.

Overall, it can be a lot to take on at a first sitting, but you should take a deep breath and dive in.