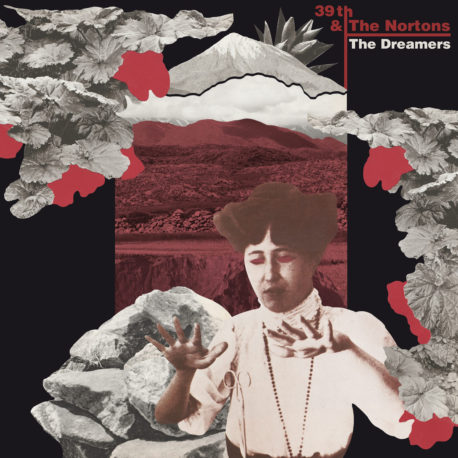 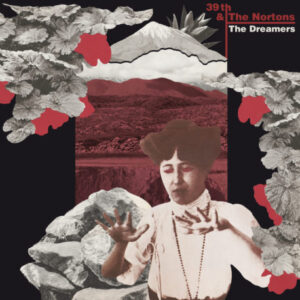 39th & The Nortons: The Dreamers

A lot has happened since 39th & The Nortons’s first album was released back in 2012. What was originally a one man band with Nick playing most of the instruments himself has now become a fully fledged band with members of the Parisian garage rock scene joining Nick to record this second effort (after two attempts to record a follow up were scrapped by Nick). While the first album “On Trial” owned its inspiration to Love’s first two LP’s (if they had swapped Arthur Lee for Sky Saxon on lead vocals), this second effort leans towards a poppier approach with Wheeldon’s vocals more upfront in the mix.

Bringing in new musicians has also resulted in a more varied sound (Loik Maille of Jaromil Sabor on guitar, Fabien Gilles from Mille Colombes on drums and Martin Meilhan-Bordes & Sam Roux from the talented Bootchy Temple on bass and keys respectively). The sparse intro of “If It’s So Easy” builds into a country-soul crescendo while “Golden Sand”‘s lush harmonies combined with sweet chord arrangements make for one the catchiest track on the record. “I Ain’t Hiding” harks back to the sound of the first album with its layers of Farfisa and chiming guitars as does the stomping march “Step Into Your World” (albeit with some rather more intricate arrangements). “Without You” while sharing its title with the Badfinger song, has a completely different angle on a breakup as it defiantly celebrates newfound freedom rather than loss. “On My Own Time” jangles along nicely with its carefully layered guitars and the intro to “Destroy Me” shows the band stretching its wings stylistically with Wheeldon just backed by strings while “Deserve Each Other” is a psychedelic number with a great chorus. The album finishes on “Lookin’ For Tears”, probably the records most intricate arrangement with a lengthy instrumental passage in the middle of the song.

Further info can be found on their Facebook page.