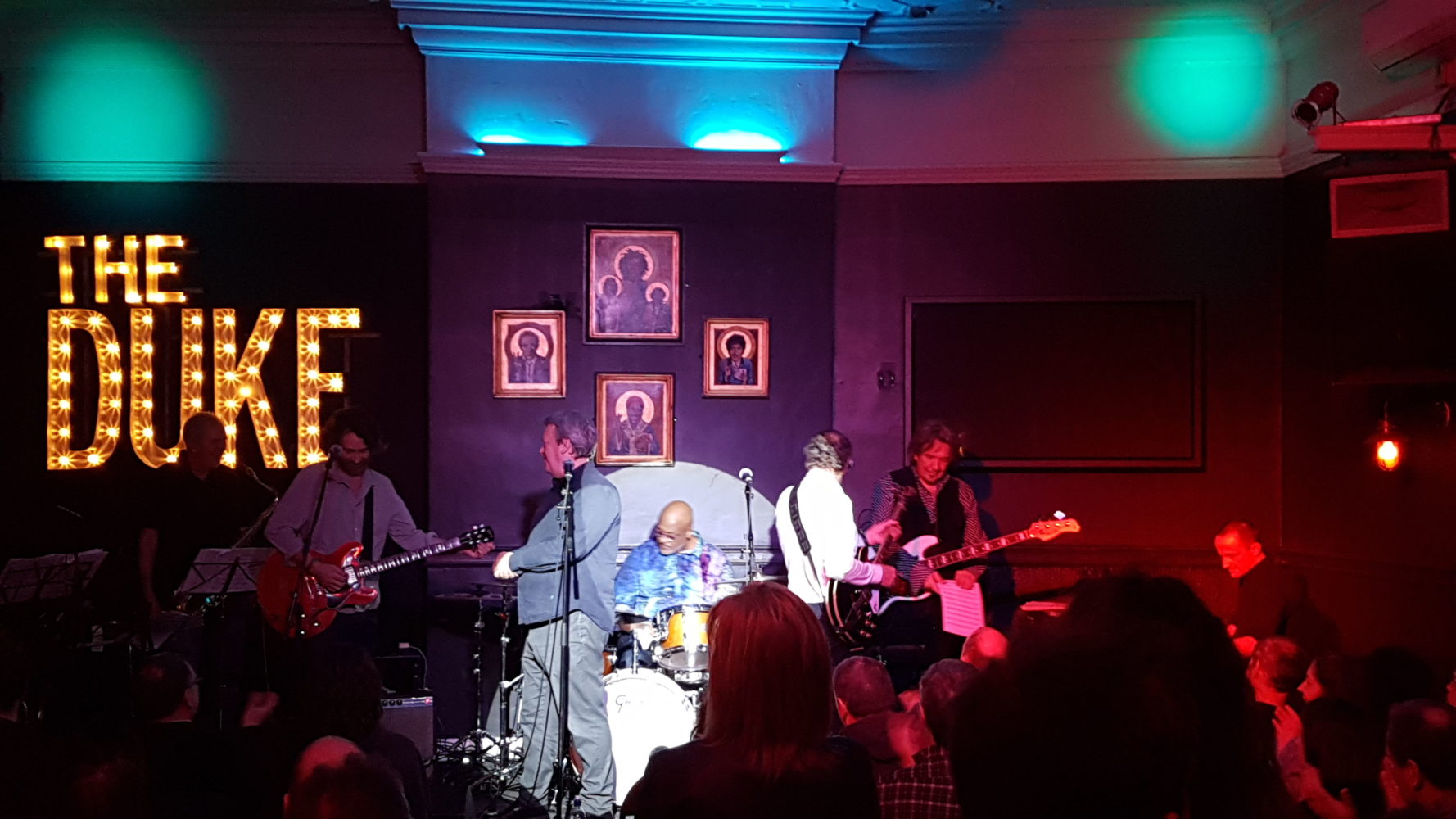 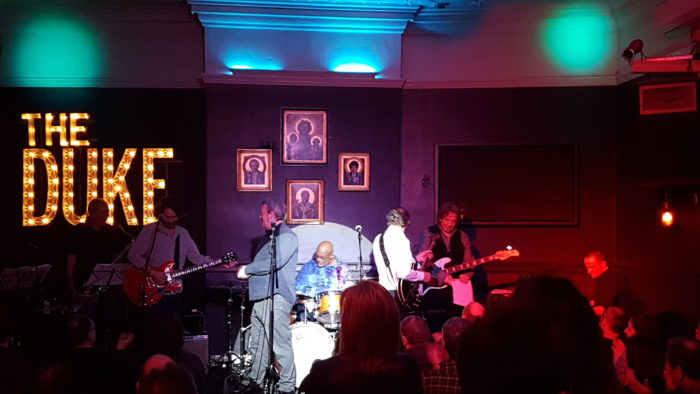 The Duke of Cumberland, Whistable

Certainly a gig not to miss. A rare appearance by the 360 Band at the Duke in Whistable. Louder Than War’s Craig Chaligne reviews.

Built around the trio of former Average White Band alumni Hamish Stuart (vocals, guitar), Molly Duncan (saxophone) and Steve Ferrone (drums), the band was formed originally to play during the later’s introduction into the Drummer’s Hall of Fame in 2014… This performance went greatly and further gigs followed (including two at Ronnie Scott’s in London) and an LP of new material was recorded during rehearsals for these shows. In Whistable we were treated to a full 9 piece band with Andy Caine seconding Hamish on vocals. The rest of the cast includes regulars of The Hamish Stuart Band (including the excellent Adam Phillips on guitar and Steve Pearce on bass).

Mixing Average White Band cuts with tracks from their new LP, the band grooved confidently with Steve Ferrone providing a solid backbone to the proceedings. Starting with a tried and tested AWB nugget (“Work To Do”), where Molly Duncan (dubbed the “Duke of Montrose” by Hamish) excelled, the band was already firing on all cylinders. The smooth groove of “Wordsworth” flew by in an instant and we were back in AWB territory with “If I Ever Lose This Heaven”, a Quincy Jones track that the band recorded on their 1975 LP “Cut The Cake” followed by the truly excellent “Mighty Falls Part 1 and 2”, a truly outstanding track from the 360 album with sports one of catchiest horns part you’ll ever hear (and some cool interplay between the rhythm and horn sections).

After a short break, the band were back and the room cleared of its chairs for what promised me to a “floor filler filled” second set. Starting with “Watcha Gonna Do For Me” that included an excerpt of Wings’ “Let Them In'” and a rather splendid Rhodes solo by Ross Stanley, the band carried on straight into “Would You Stay” which Hamish said they only played when they had sufficient “plumbing” (meaning when they had a four piece horn section). Hamish lent his guitar to Andy and switched to bass for “When Will You Be Mine” which was followed by “Person To Person”. All the AWB material was played with great gusto and with maybe a slightly less lush approach than on the original records (maybe more Muscle Shoals than Philly Soul if you wanted to do a bad rhyme ?) that gave a new angle on these great tracks. It shows a band willing to reinvent themselves and to go forward (the quality of the new material being the proof). Steve Ferrone left his drum stool to sing lead on an impromptu version of “Kansas City” that his colleagues pulled off effortlessly and saxophonist Jim Hunt played a spellbinding solo on “Love and Learn” that has the whole band grinning ear to ear. The eternal crowd pleaser “Let’s Go Round Again” had the whole room dancing and a funkier than funky “Pick Up The Pieces” was followed by “Queen of My Soul” as an encore.