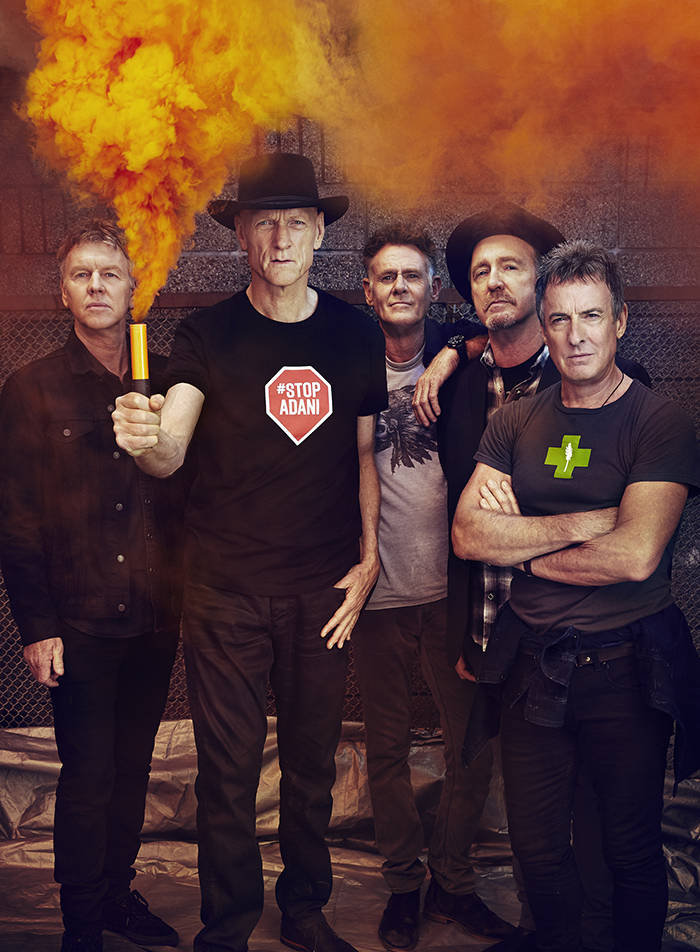 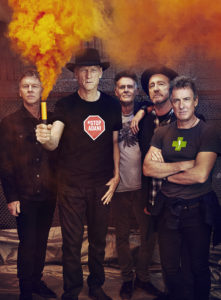 Midnight Oil return to the UK in June with vim, vigour, a renewed spirit and 170 songs in their back catalogue to choose from. Louder Than War’s Andy Duke interviews drummer Rob Hirst about new material and the prospect of getting a different old band back together.

Being fully aware that Midnight Oil’s affable drummer has been bombarded with relentless questions from the press about his group’s recent reunion and forthcoming tour, I decide to go off-piste from the outset and explore another possible reboot from Rob Hirst’s musical past; The Stanley Street Jazz Band. Despite not being a household name, it’s from this early ensemble that a four-decade-long career laid its foundations. The sound of Hirst’s infectious laughter vibrates the telephone line from Down Under as he contemplates the whereabouts of the Dixie Jazz band’s members. Alongside trombonist Michael Stenning, trumpet player Mike Pipeman and saxophonist Jason Morford, there’s guitarist and fellow Midnight Oil founding member Jim Moginie to consider. Ever the good sport, Hirst enthusiastically gives a “quite possibly, yes” to my question of whether he intends to action my Blues Brothers-like suggestion of getting the band back together.

Despite being a hemisphere away, Hirst is so down to earth and engaging that it feels like we’re off on a walk and spotting owls in rural New South Wales rather than separated by thousands of miles of telephone cable on a 20-minute call. And, for whatever it’s worth, it’s well documented that ornithology is one of the skin basher’s interests when he’s not making music. For a hard-hitting drummer who’s nailed his kit to the stage for fear of its vintage shells flying off into the audience since the 1970s, it’s understandable that the Sydney-based musician relishes the quieter things in life when not making noise. And, when the subject of new noises coming from Midnight Oil is broached by myself, Hirst is most enthusiastic. “I’ve just come back from the last day of recording demos at Moginie’s studio here in Sydney and, yes, there will be new material coming soon. It’s all sounding great”, says Hirst. While it’s too early to report who will be producing the band’s first album in 17 years, I feel compelled to ask whether the group are still in contact with Glyn Johns, Nick Launay and Warne Livesey. These three legendary British producers each helped to shape some of the Oil’s most ambitious efforts in the 80s and 90s. It speaks volumes about Midnight Oil that, despite the years that have passed since working together, they still remain on friendly terms with the key producers they’ve collaborated with. “Glyn had a book about his amazing recording career called Sound Man and Jim (Moginie) and myself had lunch with him when he was promoting it in Sydney”, says Hirst, adding that the producer was “as delightful and funny and ever and looking robust”. Using his aforementioned ornithological knowledge, Hirst compares Launay to a migratory bird who lands into Sydney just before Christmas every year. “He always promises to come here to have a holiday but ends up spending his time off producing Australian bands including my own. Word gets around very quickly when he’s in town and, with his track record, you can see why”. The Oils have also kept in contact with the now Toronto-based Warne Livesey, who produced Diesel and Dust – the quintet’s most successful release to date. 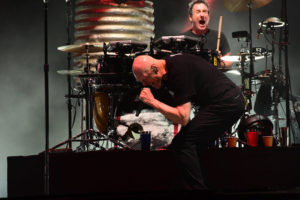 Due to smartphones being a ubiquitous presence at gigs these days, Midnight Oil won’t be unleashing any of these new songs on their forthcoming tour but plan on putting the tracks through their paces during sound checks. “This wasn’t something we had to be worried about until recently”, explains Hirst on the reality of every audience member having the means to record performances with the mere press of a button. Of the 170 songs from 13 albums that they’ve all had to learn and perfect for the tour, Hirst has become reflective about the bands work. “We’re so lucky to get back together again after such a long time and to have such a strong catalogue to play with”, says Hirst before adding that “the band has a great friendship, chemistry and respect for each other”. The drummer then pauses briefly and quietly laughs before admitting that “this all sounds so respectable and wholesome but it’s true”. Following the well-reported dissolution of Midnight Oil in 2002, which lasted for a decade and a half, it’s refreshing to hear that the group’s bond appears to be stronger than ever. During his time away from the Oils, in which he played with groups such as Ghostwriters, Backsliders and The Break, Hirst embraced different musical styles including Mississippi blues and surf rock. “We lived in a musical cocoon for 25 years. And all of us have done many tangential things away from the Oils. It’s broadened our musical minds and we’ve collectively brought that back to gang”, says Hirst.

With the federal government elections looming on the horizon in Australia, I feel duty-bound to ask about the positive environmental changes that have happened in his home country in recent years. I reference a 1990 interview Hirst gave to a Canadian television programme called The New Music in which he warned viewers to avoid Byron Bay unless they wanted to contract throat and ear infections due to the pollution there. Hirst is quick to point out the good things that have happened. “Huge progress has been made. The water in Byron Bay is quite pristine now. And, in Sydney, fish have returned to major parts of the harbour. It’s the cleanest it’s been in a couple of hundred years”, explains Hirst. With the change of government taking place in mid-May, the drummer is also optimistic that environmental vandalism may become a thing of the past. “We’ve come a long way in 30 years but now the problem is plastic and South Australia is leading the way with the banning of single-use plastic”, says Hirst before adding “we’ve got a long way to go but things have certainly improved since 1990”. 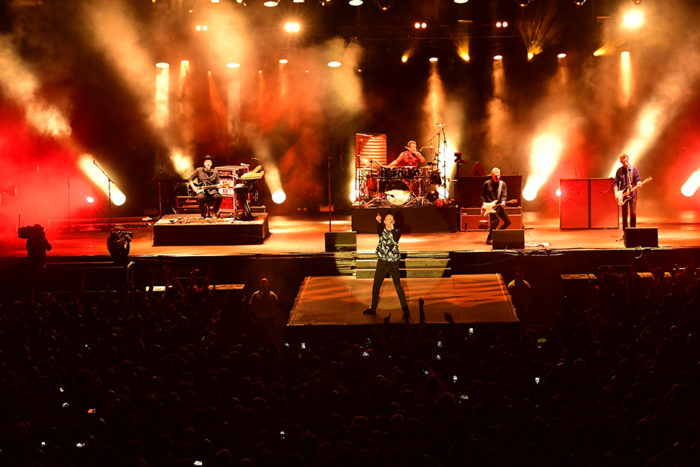 Like his bandmates, Hirst is as passionate about the environment as he about music. Whether or not he’ll be applying this enthusiasm to putting The Stanley Street Jazz Band back together, however, remains to be seen.