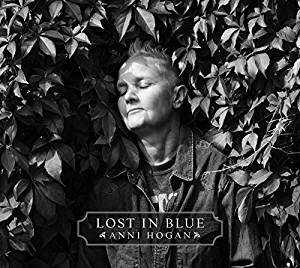 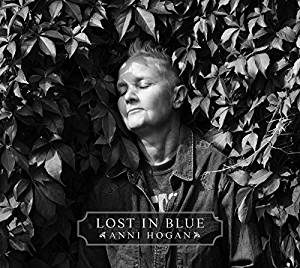 Producer, promoter and arranger; singer and songwriter; composer and club DJ: Anni Hogan is a woman of many parts. Best known as Marc Almond’s musical partner in his solo projects Marc and the Mambas, The Willing Sinners and La Magia, now she’s teamed up with his Soft Cell partner Dave Ball on an album of her own.

It’s not Anni’s solo debut; over the years she has collaborated with Nick Cave, Matt Johnson (The The), Foetus, Scanner, Barry Adamson, Budgie, Yello, Hugh Masakela, Nico and Zeke Manyika; not to mention a tour playing vibraphone with Paul Weller (and she would probably prefer not to). She has, however, only occasionally put her head above the parapet to take centre stage, most recently with 2012 project Mountain, a typically leftfield collaboration with mountaineer Cathy O’Dowd on a series of treated piano pieces inspired by her adventures on Everest.

Incorporating elements of cabaret and vaudeville, Hogan’s lounge-noir piano playing is backed by a varied template of jazzy musical accompaniments to create a bleak but poignant document for our troubled times, its eerie torch songs, performed by a rotating cast of guests, sharing an emotional journey in search of hope in a hopeless world.

The overall impression is of a star-studded night at your local Weimar cabaret club in 1930s Berlin, though Hogan’s own vocals are strong enough to suggest she could have taken the reins herself rather than call on her famous friends for support. She sings Lost Somewhere, over an insistent electronic hum and gently rustling percussion, and the album highlight is her second song, Thunderstruck, an immensely poignant cri de coeur composed on the day Jo Cox was murdered: “I cried a river, I cried an ocean, I cried all the seas and all the storms, remembering you.”

Her guests’ vocals tend to be spoken: Kid Congo Powers brings an eerie quality to the sinister and sleazy My Career, a mood continued by Richard Strange on Death Bed Diva, with its seedy cabaret feel and world-weary vocal – “Your name’s on every billboard and in every magazine – well your shadows remind me of the places where you’ve been” – while Wolfgang Flür brings a Teutonic influence to Silk Paper and Golden Light, a humorous account of a trip to Hastings, comes across like a sleazy sister song to John Cale’s Velvet Underground tour de force The Gift performed by Henning Wehn (without the killer punchline).

Among other highlights are the lesser-known Celine Hispiche’s Ghosts Of Soho, a lament for the pre-gentrification Soho of clip joints and peep shows, where Francis Bacon and Jeffrey Bernard rub shoulders in subterranean drinking clubs once haunted by Dickens, sad saxophones subtly colouring the clever wordplay: “Dean Street is Mean Street, not such a Clean Street.”

Scarlet West, better known as a writer and chronicler of Soho’s dark corners, paints suitably sleazy and squalid scenarios that Almond would surely appreciate in Making Blackpool Rock, backed by an off-kilter jazz band that gives the entire affair the feel of a drunken night out, while Lydia Lunch’s parched, cracked vocal adds to the ominous yet sensuous tension of Blue Contempt: “Over and over I wish that you’d just go away,” she sings, before the mantra like intonation: “The ritual begins…”

Gavin Friday’s epic love poem Angels Of Romance sounds strangely out of place here with its delicate electro pulse, as does the album’s final tune, featuring former Medicine Head man John Fiddler’s lonesome harmonica and plaintive vocal on the gospel-flavoured title track Lost In Blue, but he captures the spirit of the enterprise. “Let’s get high tonight on the edge of the sky tonight,” he sings in his warm, weatherbeaten voice. “Another day here with you, another day lost in blue.”