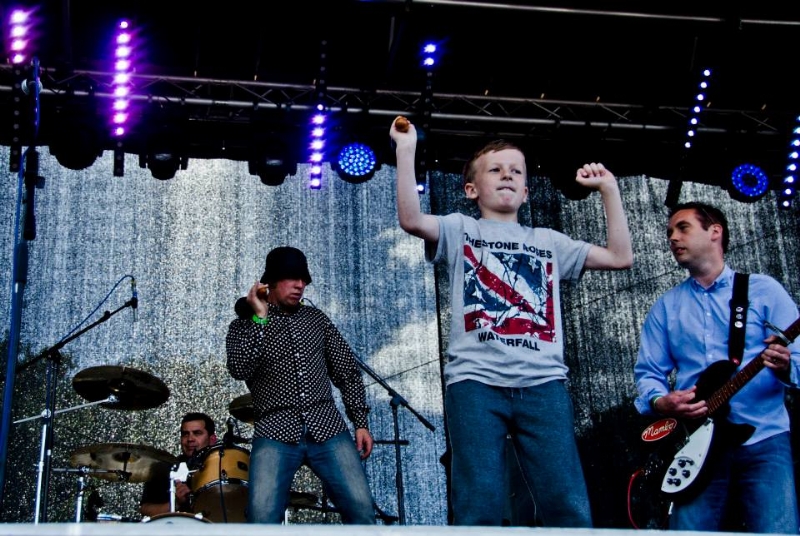 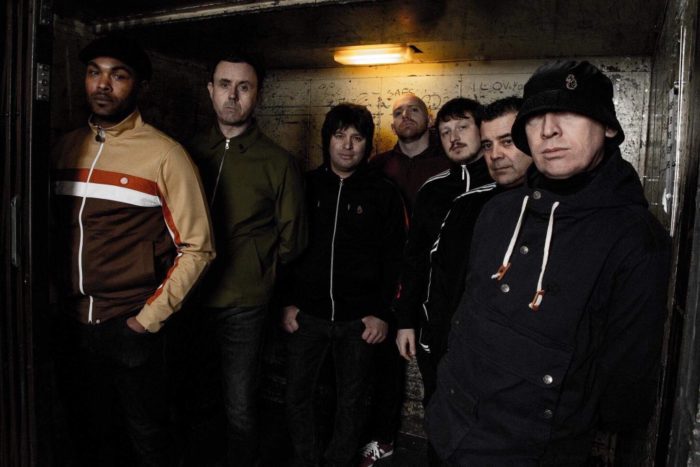 Off the back of their acclaimed début single Marquis Drive look to release their new double a-side single ‘Unite & Shine On’ this April. Together with recently signing to manager Rob Fiddaman’s (Britpop Revolution, radio & leading Britpop memorabilia aficionado) management company ‘RF Music’, Marquis Drive are all set to hit the road this summer and bring it on with a line up of gigs around the UK. Here guitarist/vocalist Eddie checks in with LTW.com to talk on the new single..and more. 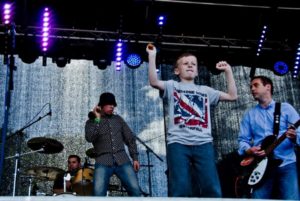 Hailing from the west Midlands Marquis Drive are a 7 piece made up of footie fans and scooter enthusiasts into clothes, music and a good night out – and no more so than when they’re on stage performing. Formed only last year they’ve already gathered attention with their début single (video below). Noted for its stand out chorus, big vocals and driving chords they pack a sizeable sound, one that’s backed-up by keyboards and backing vocals.

When you listen you can clearly pick out the groups which brought them together. That steadfast collection of indie-greats – Oasis, Arctic Monkeys, Kasabian and The Jam all clearly serving influence to sound and style. But most importantly its how you use them and bring them together where the skill truly lies, something that the band display in ‘Movin On’ – a rock’in and quality produced début release. They’ve also seemed to of made quite a few fans out there too, including Danny Dyer.. which is a pretty strong vote of confidence for a band that’s only been going for 6 months.

Also, joined by new member – percussionist/vocalist Leon Harrison (Ocean Colour Scene) Marquis Drive start out with their single release at Himley Hall, Party in the Park Festival in April – then continue on the road for shows around the country, check dates below.

I’m guessing right now the band are gearing up for the tour in support of the upcoming single, double a-sided ‘Unite & ‘Shine On’.. fair to say the your finest tune yet?

Which is pretty good going considering the acclaim and reviews/radio-plays the first single ‘Movin On’ received. Who are the song writers in Marquis Drive, and how do the songs come together?

We had some great reviews of ‘Movin On’ and again were really happy with it. The lions share of the writing comes from Eddie and Matt, who bring the ideas to the table lyrically and musically. But the band then adds there input. were very much a democracy, but were also not afraid to say when something isn’t working.

From the west Midlands did you all grow up together or meet later on around music, what were the groups/artists and influences that brought you together as band?

The original nucleus of the band, Mark, Conal, Matty & Eddie are from the Cannock area and met through gigs, bands and various curry houses (most gigs end with a trip to the curry house). Mal and Leon are from Brum, and Chris is from the Coventry area.

One of the band members, Percussionist and vocalist Leon is the son of Ocean Colour Scenes beat master Oscar as you come from the same area as OCS.., what does he bring to the group?

First and foremost he’s a great songwriter, so that’s a bonus. He’s added a new layer live with his percussion, gelling great with Conal on drums and has a great voice for harmonies.

Fair to say there’s also a shared love for football, scooters, clothes and the like..that smart casual scene..in fact the band are due on Soccer AM aren’t they?

Soccer AM is something in the pipeline, just talking to right people at the moment. Its always been our stable diet of music, clobber and football. We’ve always been around it. We ride scooters and always knocking around the scene.

Who are the groups/artists you think have always looked pretty cool, and describe the bands look and style if you can?

Shed 7, OCS, Oasis, The Stone roses.  The casual look is always a strong look. We love how you can tell someone’s “allegiance” to a style of music just by what there wearing and how their hairs cut. A lot People don’t like to be “pigeon holed” so to speak, but were proud that we wear our influences on our chests.

So looking back on the last year its been a pretty good start for the band yeah, the début single..supporting groups such as The Farm, The Wonder Stuff and Reverend & the Makers….what’s a Marquis Drive gig like?

We’ve been lucky the back end of last year and the beginning of this year to have had a run of sold out gigs, which have been mega, but they are usually beer filled-fuelled sing along’s which feel pretty joyous and like its the last party on earth! 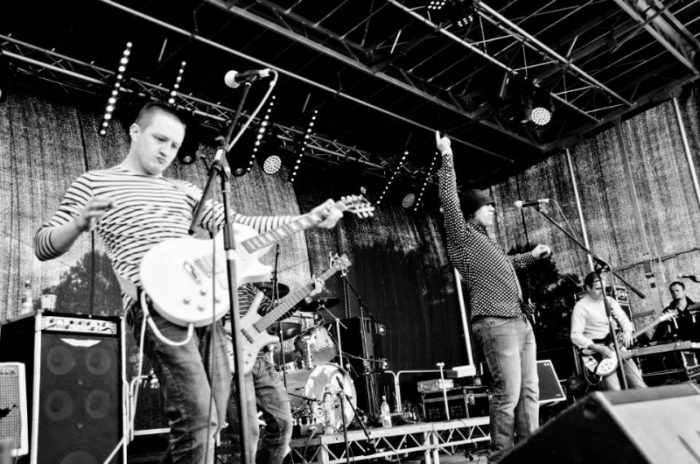 How about the music scene at the moment today…new bands/artists..where are we at right now, the festival scene is bigger than ever but what’s out there your into right now – is it buzzing or would you say we’re actually in need of an Oasis or a Jam. You know.. one of those era defining British guitar groups?

its all very nicey, nicey, isn’t it? It all seems very false and pretentious, it needs an injection of working class straight forwardness. No bullshit, straight to the point. The DMA’s are a great band, The Jack Fletcher Band and Twisted Wheel, also.

‘a proper fkn band’… a quote made by Danny Dyer on Marquis Drive, it seems the band have already made a mark in the short time they’ve been together, especially among music fans in the UK. Looking ahead then what are your goals for the rest of the year..an album in the works maybe?

He actually said that! and then he wrote it on a pic of us with him, ha! nice bloke, proper down to earth. Yeah, its been a whirlwind 12 months, but definitely looking to get back in the studio and get some more tracks down, with our eyes set of an album, for sure.

Before you go then Edward, tell what the best thing is about being in Marquis Drive and what are you most looking forward to this summer/year?

Just being in band with your best mates, getting in the van and going up and down the country gigging, its mega. We’ve got favourites, Mosborough Music Festival is ace, and the Isle of Wight Scooter weekend, and were looking at doing a few dates on the continent. But mainly getting back into the studio and getting some more music down is what were looking forward to the most. 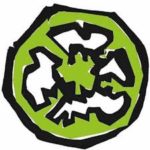 for all news on the band go to – https://www.marquisdrive.com/