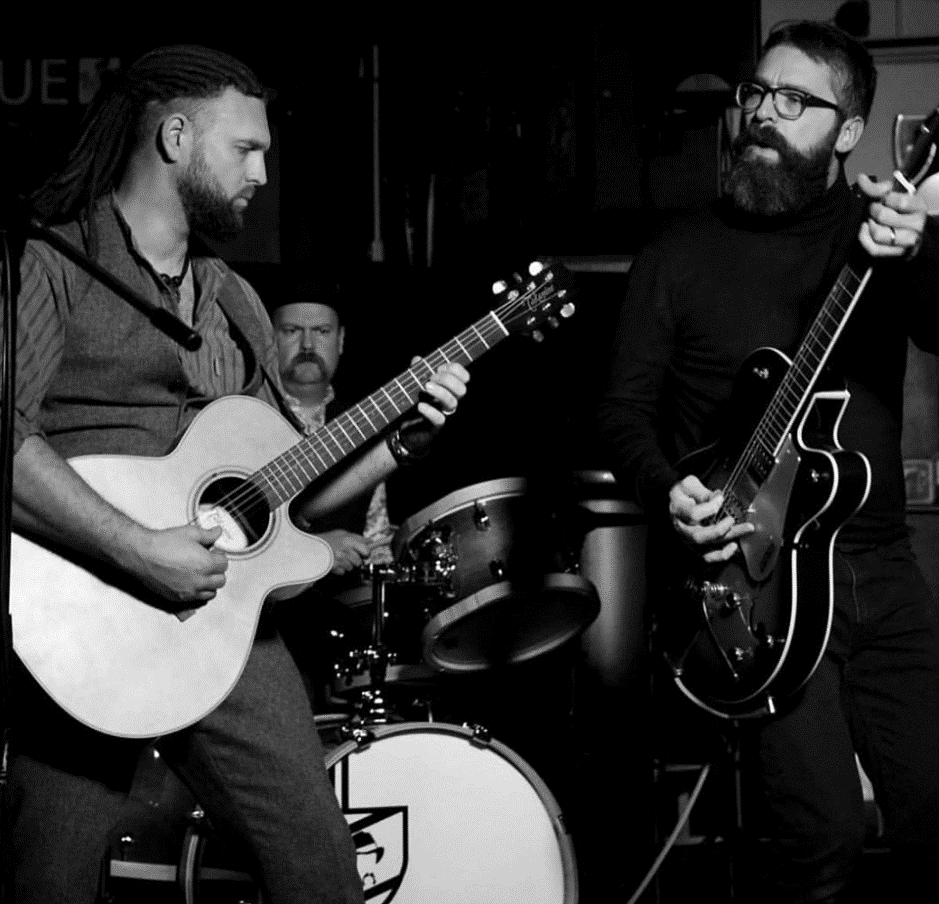 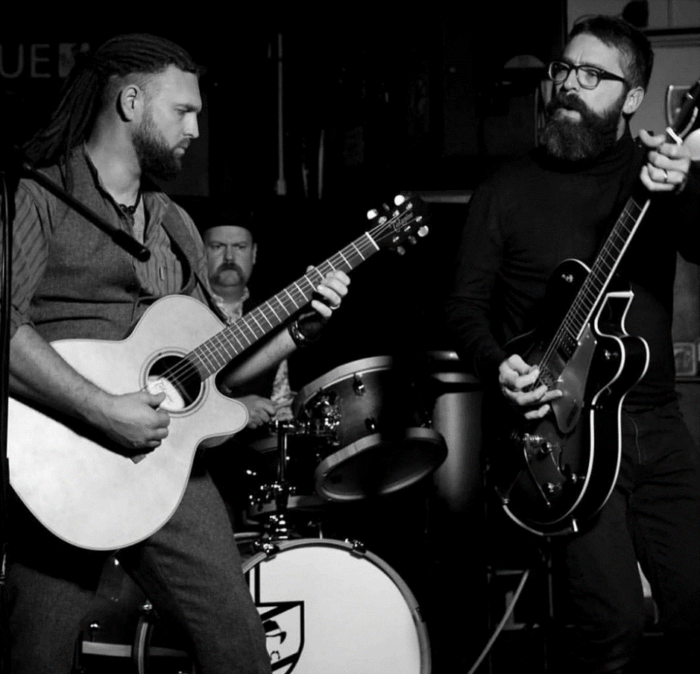 Bang Up To The Elephant, Troubadour and Sugar Stone
The Night & Day Café, Manchester
January 17th 2019

New Louder Than War writer Benjamin Francis Cassidy went to check out a strong line-up at The Night & Day Cafe, with an extended reflection on Troubadour, snippet interview with Bang Up To The Elephant and a set from Sugar Stone.

Before Blackpool outfit Troubadour played, first on stage were newbies to the Manchester music scene, Bang Up To The Elephant (BUTTE). Hard to call a warm up act, as they exploded into action with a mix of hard-hitting rock riffs and experimental synth. Quite where to place them didn’t really matter; their sound was convincing as their own. They were tight, as a unit, yet able to allow for interludes of funk, psychedelia and other trippy tones and tunes. None of it was out of place or interfered with the fusion of different genres. They were fresh sounding and had a style that you could have sworn must have taken years to find. They were on form and could easily have stayed on all night.

Following their set, I chatted with Max Calderbank, lead singer. He stated this was only their third gig, ever. Hard to believe for such a great act, hugely talented and without any doubt one to watch out for. Their upcoming gigs and release dates for their debut single can be found on their Facebook page. If there are none near you then make the effort to travel – they’re worth it. Speaking of travelling, Troubadour weren’t deterred by their 100-mile round trip, on a rainy Thursday night in January.

Lead singer and guitarist Mike Shanagher said before the gig: “We’re here for fun and a good time. First gig of the year is always an important one, setting us all up for the coming year”.

It showed too. Their first song got straight down to business, grabbing the crowd’s attention. An upbeat number that oozed experience and a hunger for performing. Good, honest Rock n Roll how it should be played. Mike held his own with the crowd, seeking feedback to check they were having a good time. He didn’t need to scream or act cocky. Troubadour are very much about humility and connections. When you can sound like they can you don’t need huge gestures and mouthy exclamations. The music does everything they aim for. Deft melodies and poignant lyrics with powerfully made songs that cry out to be joined in with. No tricks, no gimmicks. The spells they cast are real, made of the only magic that matters. Honesty and a desire to share, to offer solace from the humdrum and celebration of being right there, in the moment.

A few songs in and the audience had bought into the vibe. They were dancing, clapping and clearly loving what was on offer to them. The band absorbed their achievements. The multi-instrumental talents of Andy Bache further displayed the musical pedigree on offer and versatility: an electric banjo, that he used as a lead guitar, as well as the high up the fret lead lines -played on his acoustic; blues vibes, by way of harmonica providing beautifully bent notes. It balanced out Mike’s rhythm section wonderfully, all to the backdrop of his strong, yet slightly melancholic vocal that delivered lyrics about life, loss and love.

The driving force of this solid unit did its job with aplomb. Carefully paced drumming that rose and dipped on demand to each song played; creative licks from bassist Graham “Nobby” Noble, that made clear the understanding between this lot and the importance of their individual roles to the overall sound. Liam Pemberton, troubadour’s man with the sticks, mucked in with backing vocals, exactly when he was supposed to. The commitment to making a powerful and nuanced on stage presence showed. Troubadour’s live show is the essence of their very own status as custodians and products of a working-class culture; they’re reminders of why music will never stop mattering.

Finally, Sugar Stone brought the night’s music to a close. They played traditional hard rock, giving all those on their feet by now something to carry on dancing to. They had a lot of fun, ripping up the stage with raw, unapologetic force. Sugar Stone drew quite the crowd, who huddled as near to the stage as possible, to hear close-up all they were capable of. Sound-wise, this quartet were traditional, pacey players. They gave their set everything that they had, before turning to a cover for their curtain caller. Blondie’s Heart of Glass, with a more punk-sounding twist. Original and fun, Sugar Stone brought a memorable night to a close.

Troubadour’s slot, sandwiched, between two other groups, to play for around half an hour, was bold, bright and left a lasting impression. Blackpool’s mighty Troubadour are the epitome of a hard-working, in it for the love of the cause band. They produce, record, promote, run their own website and manage themselves. Of course, none of it would be possible without songs to perform. Fortunately, they are available in plentiful supply and are brilliantly written pieces that show a diverse array of influences. They are fun, moving at times, and, can make you dance without realising! In this gig, they showcased their immense talents, giving Manchester a taste of who they are, inviting all to bite into the very core of everything that live music should be. Now they’d had a taste, Manchester were left hungry for more. Troubadour will be delighted to provide it on their next visit. Be sure not to miss out on a slice of the pie.

Words by Benjamin Francis Cassidy, this is Benjamin’s first review for Louder Than War.
Picture of band courtesy of Libby Nightingale Photography.

May 19, 2019
We use cookies to ensure that we give you the best experience on our website. If you continue to use this site we will assume that you are happy with it.Ok