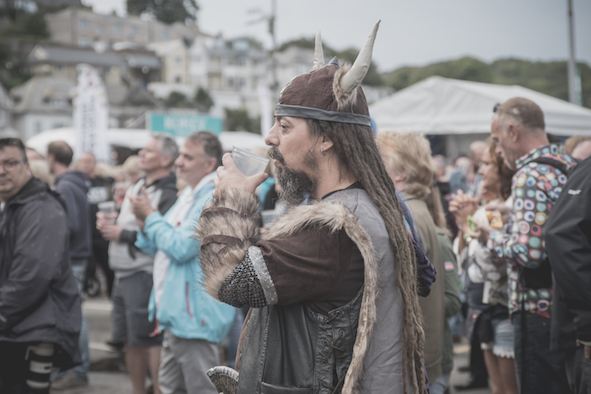 photos and words by Shirin Hodgson-Watt

Last September, I booked myself some holiday time from work for a year into the future. I’m pretty nerdy and like to forward plan, but this wasn’t merely an excessive example of this fine personality trait, but it was because the dates for the 2018 Looe Music Festival had just been announced and I was eager to get a head start on pretty much everybody. Flash forward to a little over three weeks ago, and I was all set to, if not quite let it all hang loose, then certainly have a damn good time photographing bands you’d never otherwise see in a small Cornish fishing / holiday town.

And then our little universe imploded. Out of nowhere came the announcement that the charity behind the festival had gone into administration and everything was cancelled without further notice. I think disbelief was the overwhelming initial response, with people even wondering whether the festival’s social media had been hacked, but slowly the bleak realisation dawned with grim clarity that this was no poor-taste joke and that it really was over. No more giant parties on the beach, no more music around every corner, no more pre-New Year’s Eve fancy dress tomfoolery, and no more extending the now critically short summer holiday season into the early autumn. Despite some pockets of local opposition to the festival over the years, the late influx of 9000-odd free-spending festival goers has added some serious padding to the winter coffers of Looe’s businesses, and so while some of us were quickly in mourning for the loss of the music and escape from life for a few days, other people here were struck with the stark reality both of a sudden loss of income and also of ill-afforded wasted money, given that so many of the pubs and restaurants had already ordered extra supplies in readiness for the three day event. 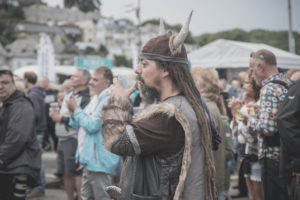 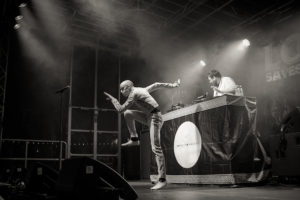 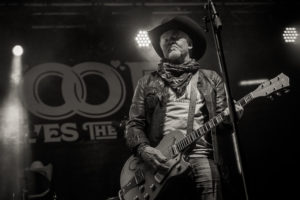 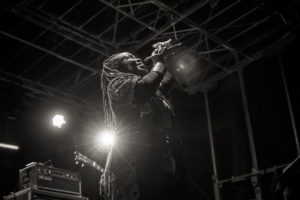 And that’s when things took a most unexpected turn. Sensing the rising concern from businesses and locals, as well as from many people who had bought tickets to the original event from often much, much further afield, some of whom were unable to claim refunds, a couple of unlikely heroes emerged from the tumultuous mists of confusion that seemed to be hanging ominously over the town. Step forward local councillors Edwina Hannaford and mayor Armand Toms, with a resounding battle cry of not today, Satan. Well, sort of. At first the suggestions they offered were tentative at best, pitching the idea that something might be salvaged from the wreckage, that all wasn’t necessarily lost, but never pretending that there was any way of replicating what had gone before. Many, many barrels of beer were already heading for Looe, and while I’m sure the town as a whole would have made a valiant effort to dent these supplies if left to their own devices, it was clear that really, more mouths were needed to drink it, and with an increasing number of people who had booked accommodation saying that they were going to come anyway, suddenly the concept of a replacement of sorts seemed like it just might not be beyond the realms of possibility.

Then again, who the hell tries to stage a three day music festival with no money, no infrastructure, largely no experience, no plans, no back up, and with three weeks to go until game on? Well, Looe does. It can be a stubborn, bloody minded place, and while sometimes this isn’t for the best, sometimes it just so is. And when I say Looe, I mean Looe, because it rapidly became clear that this was a herculean task that needed everyone on board, whether in a hands on practical sense, or just from a willingness to donate, be it money, time, or just reckless, unadulterated goodwill.

Following a mass meeting of the town’s business owners, the slightly vague air of hopeful optimism evolved into a steely determination to make this thing happen. A crowdfunder was launched, with the aim of hitting £30k (which was passed in two days), later upped to £40k. Businesses dug deep, and donations started to rain in from all corners, whether a few pounds from someone on Jobseeker’s Allowance, to cash from people who had managed to gain refunds on their LMF tickets who simply passed the money forward, to a mystery local benefactor who gave multiple thousands to tip the balance firmly towards the target. At the same time, a little volunteer army blossomed from nowhere, with people stepping up to offer anything from admin support, printing and design assistance, safety expertise and vital technical know-how, not to mention countless more who were willing to work throughout the event in any number of ways to keep the show rolling. At the same time, bands from across Cornwall threw their hats into the arena from all sides, willing to play for free to fill the pubs, cafes, hotels, and every other nook and cranny that space could be cleared in. Obviously, most of the bands booked for LMF were beyond the reach of this hardy team, but saviours come in all forms and suddenly Paul Young and Los Pacaminos, Uncle Frank, The Correspondents, and PP Arnold, all who had been set to appear on the LMF main stage, announced they were willing to come and play anyway. And so things suddenly got very, very real. People, we have a festival here…

During the run up, heartfelt fears were voiced regarding safety; with all the enthusiasm in the world, and even factoring in the close assistance by Cornwall Council and the police (to name but two), the bald truth was that no one knew just how many people would turn up. After much pondering, it was decided that as there was little way to prioritise LMF ticket holders, the only option was to make the newly-dubbed Looe Saves The Day (I’ve got to confess that the idea of branding it as Looe STD makes me wince, but I guess it’s catchy…) a free event, and so although it was known that around 3000 LMF tickets had been sold there was no way to tell how many of those – or how many more – would descend. A tightrope was walked between the need to promote the event in order to find the bands an audience, and trying to avoid the potentially dire risks of it being wildly over-subscribed. The main stage ‘arena’ took over the harbour car park, rather than the beach as had been the case for the previous festivals, and while this offered a central and convenient location, the capacity was set to a strict 3000, and so visions of people’s frustrations boiling over if they were to be denied access played on everyone’s collective mind.

Sometimes, of course, the worst situations can have blindingly bright silver linings. Torrential rain and gale force winds caused the main stage to be closed during the warm-up event on the Thursday evening, and several bands were cancelled on the Saturday due to a repeat of these biblical conditions, resulting in the widespread belief that this kept numbers manageable, and with more than 20 pubs and I can’t tell you how many cafes and restaurants, people stayed dry, drank the cellars similarly barren, and due to the notable absence of mud (always a defining factor of all the Looe festivals), no one fell foul of trench foot. I saw smiles, I saw vikings, I saw 300+ people dancing in unison to Abba medleys on the seafront to raise money for Stand Up To Cancer (including vikings), I saw bands playing on top of a van, I saw buskers and didgeridoos, and I saw more people than I realised I even knew don orange hi viz in all weathers in order to play their part. I didn’t see the Quireboys, sadly, as they didn’t make it down, and I didn’t see King Creature who were one of the acts sliced from the bill during Saturday’s liquid apocalypse, but I could so easily have found myself wandering aimlessly around, cursing my wasted precious annual leave, so we’ll gloss over my personal toys-out-of-the-pram mini episodes and glide swiftly along…

And now, what comes next? As yet, this is impossible to answer. I won’t pretend that I’m not sad to see the loss of the ‘big’ Looe Music Festival, I personally liked that it was a bit of a behemoth, I enjoyed the surreality of a large music festival taking place in the middle of a small seaside town, and adored having the chance to see bands I would never have dreamed I would see mere yards from my front door. I confess that I also loved that it was more impersonal, that you could get lost whilst being totally familiar with your surroundings – for some reason my strange anxiety issues are much harder to manage when I have to go into small packed spaces (with fewer people) than when I go into large packed spaces (with many more). Yet I know that if a way is found to continue the festival, it almost certainly won’t return to that format, that it will have to be far more self-sustaining if it’s to have a future. The coming weeks and the debriefs that will follow will doubtless rake over every last success and weak spot of this past weekend in order to fathom exactly what might be a realistic ambition when the tsunami of goodwill and, let’s be honest, free stuff, that powered LSTD to it’s unlikely success recedes. There’s likely to be a delicate balancing act between pleasing those who want to keep it small scale and local and those who feel that bringing in that last seasonal injection of money to the town is too important to lose, and who realise that it requires a liberal sprinkling of stardust if you want to persuade those visitors to travel maybe hundreds of miles in order to bring their wallets down here to cheerfully empty.

Right now, however, this little port can feel a real sense of pride in a job well done. Somewhere, someone should be frantically writing the screenplay, all about the little Cornish seaside town that had it’s biggest toy taken away, but who, in the words of The Correspondents, simply said ‘no. No. No, no, no!’ The little town that did. And did it triumphantly.