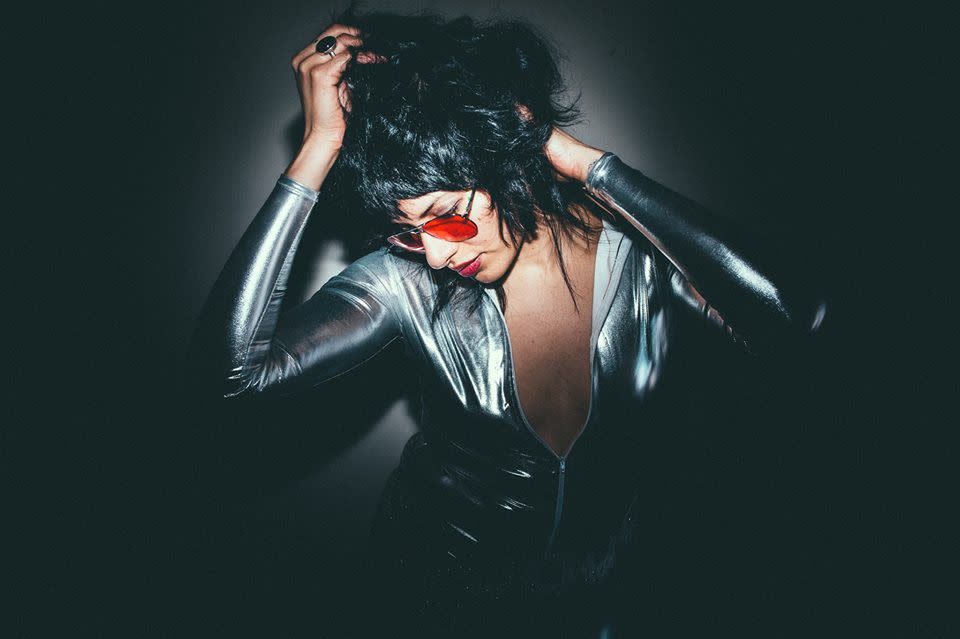 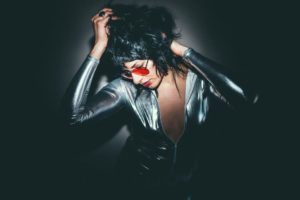 BBQT is the brainchild of Gabbie Bam Bam.

The first album from BBQT ‘Lets Go’ is an instant classic of the modern glam-orientated genre.

The lazy shortcut to what we’re talking about is to imagine a combination of Suzi Quatro, The Heartbreakers (Thunders’ incarnation) and Gary Glitter! We’re talking two minute blasts of explosive, adrenalised rock’n’roll that knows its way around a hook and is happy to cut to the chase – no waiting around for the chorus. Gabbie Bam Bam sings, plays guitar and writes all the songs. She has a voice that does indeed remind you of Suzi Q – and even Poly Styrene at times, but the songs are much more straightforward rock’n’roll than anything X- Ray Spex ever came up with. The album comes in at a Ramones approved sub thirty-minute total and there’s no room for fillers.

Standout tracks are ‘Golden Twenty’, ’Play Rock’n’Roll’ and ‘Flatline Luv’. Fans of any of the newer acts in a modern day glam movement that continues to pick up momentum – the likes of Faz Waltz, Giuda, Smash Fashion and Star Studded Sham, can add another must-have to the list. 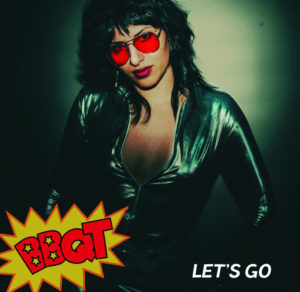 BBQT is the brainchild of Gabbie Bam Bam. Recently relocated to Austin, Texas – an unlikely source for glam orientated rock’n’roll, the new album Let’s Go is picking up deservedly great reviews. I managed to catch up with Gabbie for a bit of background info:

LTW: What is your background – what have you been doing prior to your current album?

GBB: I’ve been in a few bands before the release of this album. I was in a power pop duo called the Bam Bams, I released an EP with a band I had in New York called Cruiser and right now I’m making plans to record with my newest project Space Grease. BBQT has been something I’ve been doing in between all of those projects.

LTW: I hear influences ranging from Thunders’ Heartbreakers through to Gary Glitter – who are your key influences?

GBB: You pretty much nailed my influences on the head. I would add the Belgian band the Kids as well! And Suzi Quatro as a main influence of course!!

LTW: Have you been getting a good reception for the new album?

GBB: The record is doing very well. People seem to love the simplicity of it and the fact that it gets stuck in your head ha ha!

LTW: What kind of audiences are you getting live – is it a punk crowd etc?

GBB: Right now, my audiences seem to be a mix of punk and rock ‘n’ rollers mostly because we play with other bands in those genres, so that’s cool.

LTW: Are you aware of some of the other bands ploughing a broadly similar furrow – Smash Fashion, Hammered Satin, The Biters, Faz Waltz and Giuda?

GBB: I’ve heard of most of them of course! Stoked that people are doing the genre justice. I hope to do the same.

LTW: Are you able to make a living off music at the moment, or are you still juggling a regular job?

GBB: I’m not really making money off of my music. Most the money I make on the road or through sales of records are really just going back into doing more projects for the band like recording and touring. I don’t have a regular job but i do work.

LTW: What do you do for a job?

LTW: Do you get as much work as you would like or are the gigging opportunities still limited at this stage?

GBB: It’s only recently I have decided to be active with this project, so I haven’t had too much difficulty playing a show, its more about building my audience.

LTW: ‘Tuff’n Up’ is very much in Gary Glitter territory – were you tempted to add some ‘Heys’ on there?!

GBB: Oh hell yeah! Gary Glitter inspired that and many others! I leave the ‘Hey’s’ for my audience to subconsciously wanna say them aloud to themselves or at a show!

LTW: What is next on your agenda – are you touring the UK at all?

GBB: I’m currently working with this awesome rock ‘n’ roll band MAMA from Chicago on a midwest tour of the US. My plan is to hit the UK and Europe spring/summer of next year