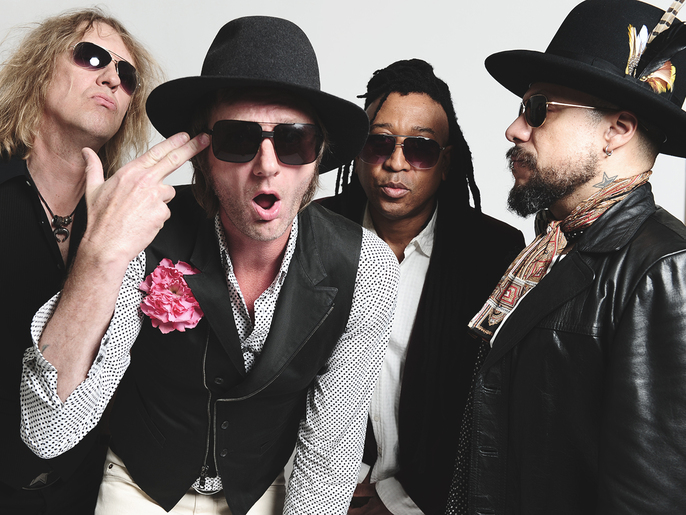 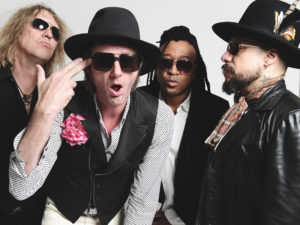 Smash Fashion – Rock’n’roll with a twist from Los Angeles!

Fans of classic rock’n’roll with hints of the Bowiesque exotic, the goodtime stomp of Humble Pie, the pop-wise sensibilities of Cheap Trick and some of the left-field avant-garde like glam stylings of Be Bop Deluxe are in for a major treat… meet Smash Fashion, a band who have just released their fourth album – ‘Rompus Pompous’ on Electric Pudding Records.

The band hail from LA and they’ve delivered a top-notch collection of ear-catching, uplifting rock’n’roll with enough of their own unique personality present to carve out a sound that is still distinctly their own, even though there are enough subtle touchstones dotted throughout the proceedings to make any fan with a sense of all that is great in rock’n’roll to find comfort in the familiar.

LTW’s US based writer Mark McStea interviewed frontman Roger Deering on the back of the album’s release.

LTW: The first thing I wanted to know was why he thought the band had managed to fly under the radar, given that they’d managed to get to album four. Let’s face it, plenty of bands are lucky to even release one album!

Roger Deering: “I think maybe a few different factors around the last album conspired to work against us. Momentum is important, and we probably lost a bit as we left a much longer gap than is ideal between that album and our new release. Another obstacle in getting things done was scheduling – our guitarist, Stuart, also plays lead guitar in HR’s solo band (Bad Brains) and was touring with him. We did as much as we could – we made four videos and did a couple of runs on the East Coast. We also had a lot of problems with distribution – even though we’d had a load of great reviews, you just couldn’t find the album very easily.” 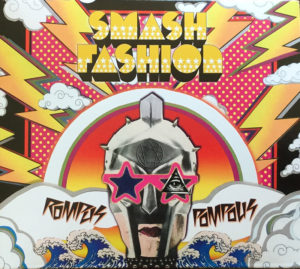 LTW: I mentioned that I thought the band had enough in common with someone like The Biters to have achieved a similar elevated level of visibility.

Again, Roger cut to the chase “I think there is a big difference between us and a band like The Biters. They’re a band that I really like, but what they’ve been able to do that we haven’t, is to really get out on the road and tour relentlessly. I think with us all being a bit older, with maybe more financial pressures re families etc, the amount of money that we’d have to make to cover everyone’s responsibilities probably isn’t available to a band at our level – we’re all working class guys – there’s no family money to fall back on etc”.

I found this interesting, and also surprisingly familiar. I recently interviewed (LTW interview) bootboy bovver rock’n’roll band Suede Razors from San Francisco who said exactly the same thing. Again, this is the reality of life in a rock’n’roll band in 2018. There is very little money coming in from royalties as so many people are hunting down free downloads, and there’s very little cash about in the way of record company support, as they have so much less money available these days. Blame that on the huge contraction of the music industry, and there is also one more reason – rock’n’roll has rarely been at such a low ebb in terms of mainstream popularity. Don’t get me wrong – I know rock’n’roll is traditionally the music of the outsider – but think back to an era like the 80’s hair metal period for example. Love ‘em or hate ‘em, you can’t deny that bands that were essentially playing good-time rock’n’roll like Bon Jovi, Mr Big, Skid Row etc were all over the album and singles charts. Not that Smash Fashion have much in common with the hair metal genre!

Roger did make a telling point though, when discussing the prospects of touring in the UK. “Promoters seem to be pigeon-holing bands into genres. It seems we are not an easy band to pigeonhole, as we have a multidimensional aspect to us musically and we’re not coming from the usual suspects like The Stooges and Black Sabbath (whom I love). Bands like The Move, Pretty Things, Golden Earring and Hanoi Rocks are more reference points for us. We’ve never been interested in dumbing down to cater to the lowest common denominator. I think we may well have to try to rely on connections we’ve made with bands overseas to try to maybe play some joint shows or something just to try to take matters into our own hands”.

This led us into a lengthy discussion about the other hard reality facing any band these days – how to get people to actually buy your product.

Roger thinks he may have one solution, ”I think releasing ‘Rompus Pompous’ on vinyl might give us a great boost as it’s such a desirable, collectable medium”. The upswing in the sales of actual records definitely suggests that he’s right.

I should namecheck the rest of the band at this point – guitarist Stuart Lloyd Casson, as mentioned above, produced the album as well as providing some great, guitar-hero approved six string pyrotechnics. Meanwhile rhythm section guys Scarlet Rowe and Repo provide a rock-solid foundation, with the ability to rock and roll. Groove is everything and it all starts with the bass and drums – just listen to any AC/DC song for the proof of that. Incidentally in discussion with Roger he revealed an amazing piece of music trivia in that his uncle used to play in legendary gypsy jazz maestro Django Reinhardt’s band. Some great genes in the gene pool there!

Before we closed I had to ask Roger how he’d been able to get Bowie keyboard player Mike Garson on-board. He brought an entirely new dimension to Bowie’s albums with his left-field note choices and a sound that seemed to draw on modern jazz more than the expected rock orientated stylings. He brings a similar feel to album closer ‘Smiles and Daggers’, a track that does have a certain David Bowie esoteric vibe going on. It was a chance meeting with an old friend of Roger’s, who turned out to be singing with Garson that led to the hook-up, and it is one of the strongest tracks on the album. There are hopes that he may be persuaded to appear on future releases – so fingers crossed for that one!

Like all of the band, Roger has served his time in numerous acts with varying degrees of success prior to winding up together in Smash Fashion. He was definitely in the right place at the right time when he got to support many of the legends of the punk and new wave movement in America. He’s admitted in the past that he had a lengthy period of time dealing with substance abuse issues, but that’s a distant memory, and he’s fully focused on doing all he can to make up for lost time and get Smash Fashion the recognition they deserve.

Criminally low profile to date, although previous killer album ‘Big Cat Love’ served notice that it was time for the world to sit up and notice – the new record is set to rewrite that ‘cult’ tag. With roots that are clearly in classic 70s rock’n’roll and glam, they’re much more than a human jukebox, slavishly rewriting the era’s greatest hits. Sure, Ziggy period Bowie, Cheap Trick and a hint of US ‘new wave’ are audible influences, but they’ve definitely got their own thing going on. On an album without a bad track, standouts are ‘Ugly Thugly’, ‘I Can’t Take You Anywhere’ and album closer ‘Smiles and Daggers,’ featuring legendary Bowie piano man Mike Garson on a track that the great man himself would be proud to put his name to. The major leagues beckon!