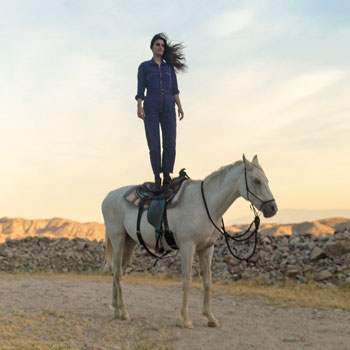 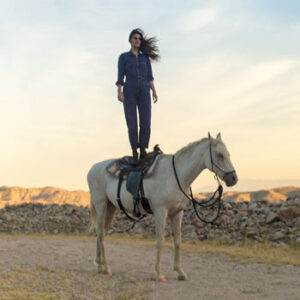 Down in the Deep South, something steamy and soulful is cookin’. And it ain’t just jambalaya and gumbo. In the places that gave birth to black music, a new generation of musicians are setting up vintage studios to recreate the techniques and sounds of half a century ago, spawning a new era of southern soul for a millennial audience.

Matthew E White has been doing it with his Spacebomb Studio in Richmond, Virginia, making authentic soul hommages with Nathalie Prass and himself. Five hundred miles away in Atlanta, Georgia, something similar is going on at InCrowd, where Randy Michael and Jonah Swilley are writing, producing and playing a rockier style of southern soul, creating imaginary soundtracks for a Jackie Brown reboot in a studio stuffed with vintage analogue equipment; they even look like Tarantino characters.

The pair work with a 12-strong house band, play in their own band Black Linen and work with a pair of local singers, Ruby Woo and Mattiel Brown. Mattiel has a voice that has the power of early-era Cher combined with the strength of Siouxsie Sioux, while her band (essentially Black Linen) rocks like the White Stripes to create a supercharged garage-band hybrid of rock’n’soul. Little surprise, then, that Mattiel’s self-titled debut was originally on the small but fashionable Californian label Burger Records (home to Thee Oh Sees, Black Lips and Ty Segall) released late last year before being picked up for re-release by our own Heavenly Recordings.

Michael and Swilley (younger brother of Black Lips bass player Jared) have plenty of chops as producers and musicians in and around the thriving Atlanta music scene, and a facility for writing tunes that would have been snapped up back in the day by Bobby Gentry, Bonnie Bramlett or Tony Joe White and turned into hits. Not that Mattiel conforms to any tear-jerking hard-luck story: brought up riding horses on her mother’s farm in rural Georgia, she’s a successful creative by day, working as an ad designer, illustrator and set builder for a video production team.

Onstage she has the sartorial style of a catwalk model; on record her strong soulful voice is a revelation. Just A Name sets the tone for her slow burning deep soul, filled with drama and heartbreak, horns blazing as she puts down a past lover: “All those nights of fun and games / But now you’re just a name, Oh I think it’s fair to say / You threw it all away… It’s not too hard to say / You could have had another day.”

Count Your Blessings could come straight out of a Tarantino film, all twangy guitars, brooding organ fills and euphoric girl-group vocals reverbed up to 11, while Whites Of Their Eyes is pure Black Keys/Thee Oh Sees with its duelling guitars over an insistent R&B rhythm. Citing influences as diverse as Screamin’ Jay Hawkins and Andre 3000, Marc Bolan and Sister Rosetta Tharpe, The Staple Singers and Jack White, Mattiel spent nine months making the album with Michael and Swilley: the latter supplying instrumental compositions and the former coming up with lyrical content and melodies.

It’s an old-fashioned way to work – and the collaborative method pays rich dividend here on an impressive debut album. Watch out for Mattiel when she returns for more live dates in November; her version of Squeeze’s Up The Junction, exchanging deep south London for the Deep South of America, is quite something. Watch her performance of Just A Name at the recent sold-out date at The Lexington in London here:

Mattiel is online here and also on Bandcamp and Twitter as @MattielBrown.