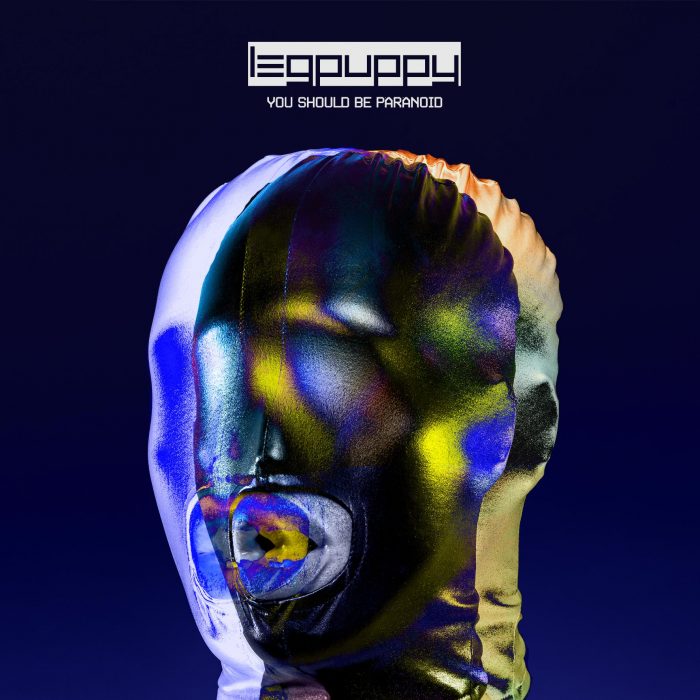 London-based, eclectic electronic collective, Legpuppy’s sonic diversity holds the thrilling aspect of vast exploratory scope within their creative ideas which adds an air of spontaneity and intrigue to their sub-genre morphing releases.

The band’s ethos is solidly placed within the power of music and its expression, presenting an idiosyncratic, zany platform to channel socio-political commentary through their galvanizing songwriting, alongside offering highly distinctive visual art performances within their live shows.

Over the past year, through their resolute dedication and focus Legpuppy has finally accumulated a defining body of work which they have compiled into a remarkable nine-track album, titled ‘You Should Be Paranoid’ set for release on all platforms February 2nd, 2018. These sonic excursions provide a wholesome blend of uplifting, soul-stirring electronic/ instrumental textures, placed amongst core rumbling basslines and ethereal female vocals, delivered by Claire Jones and stern satirical narratives from the mischievous masked, Darren Laurence. The album holds both an entrancing, yet highly energetic quality that oozes fiery spirit and genuine heart.

In May of last year the band released an Ep titled ‘Black Soul’ which saw them reveal ‘Black Light 15’ off the ‘You Should Be Paranoid’ album, as well as releasing, two singles ‘Utopia’ (No Regrets) – a soaring Liquid Drum & Bass track, which was picked up by Discover Weekly on Spotify and currently has 129k plays, and ‘Selfie Stick’ (Narcissistic Prick) an edgy, atmospheric track which resonated a warm fuzzy bassline, a plodding methodical beat and a partially spoken/ rapped vocal style, which received outstanding interaction and buzzing reviews.

Both single tracks are accompanied by music videos on Legpuppy’s official YouTube channel. Tune Into Legpuppy’s ‘You Should Be Paranoid’ world premiere play of the album and enjoy a detailed interview with Legpuppy’s lead protagonist Darren Laurance, hosted by Andrew Maley on Mexico city based Artefaktor Radio.