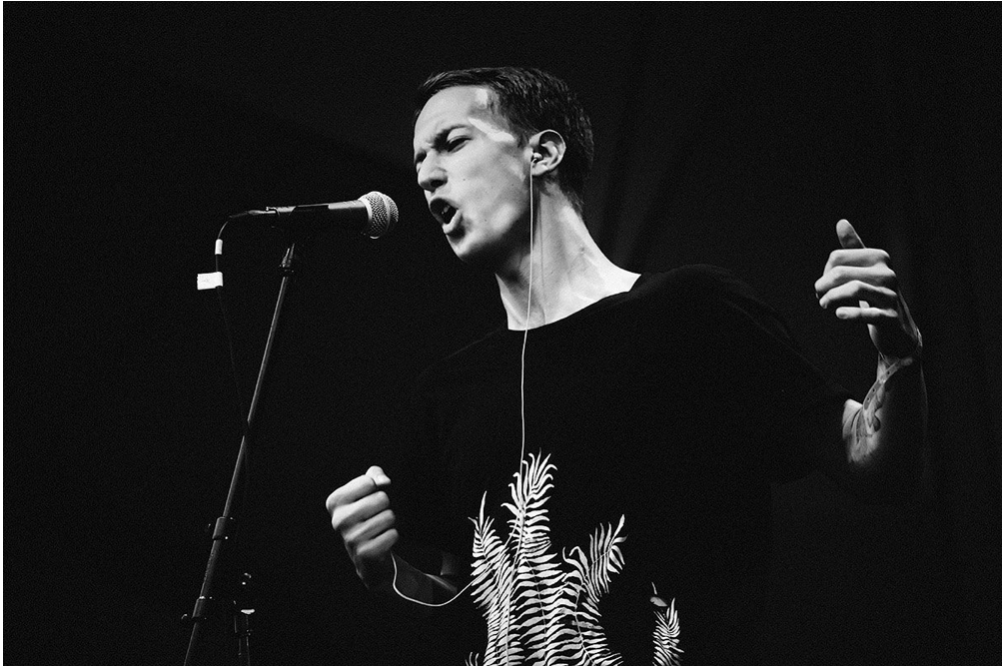 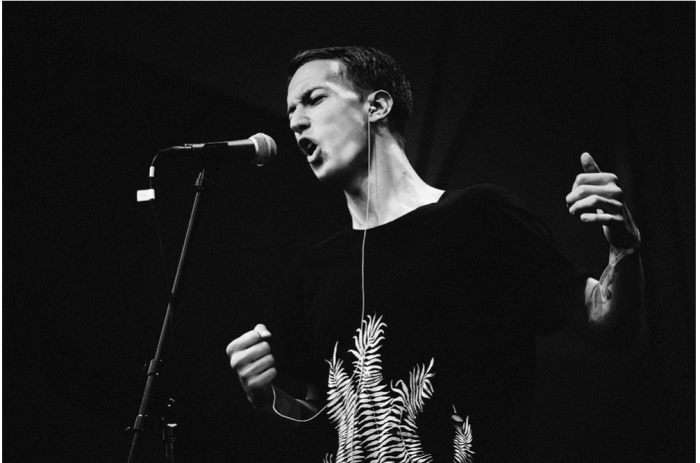 The Russian music scene is currently the most fascinating out there with a whole raft of weird and wonderful bands from the psych rock brilliance of Lucidvox to a whole host of post-punk greatness like in this top 20 we did  whilst in neighbouring countries like Belarus Super Besse deal out their brilliant post-Joy Division rush.

Meanwhile, in the far east of the country there is another whole burgeoning scene with  Petr Poleshchuk, chief-editor of Russian webzine SOUNDCHECK has documented for us.

An actual music map of Russia is far more than those cities that are located closely to our capital. For many Russians living at a distance of a 9-hour flight from Moscow or St. Petersburg considers them almost as individual countries – countries with their own music scene. Russia occupies a quarter of the globe, and that is not about national pride,  what matters is that everybody who lives on the outskirts risks being unheard because of the sheer distances involved.

One of the examples is the Far East music scene.

In the musical Stone Age, the scene was overcrowded with bands dreaming of major labels but representing nothing more than bare notes, instruments as accessories and a total absence of attitude. Nevertheless, every “past” has its “future”, so tomorrow of Far East music scene belongs to those bands who believe in DIY ideology.

Today the scene is diverse. There is no same-type sound, all the bands are developing their own identity, but they all have one thing in common: an eagerness to dig themselves out of the hole they call “home”.

Pill Couple are a darkwave project from the port city Vladivostok.

While most pop-bands cling to the “seaport clichés” like “sun-sea-summer-beach” kind of thing, Pill Couple release one of the most unusual musics for their landscape – a full-length studio album with the self-explanatory name “No Blade Of Grass”. It is a cold-blooded summary of far eastern reality on the cusp of sizzling hot devotion of Nikita Katsman, frontman of the band. The band’s concerts would not disgrace their album –with a whiff of shamanism and a speechless audience as the sign of full immersion.

Playing their first gigs on the underground venues of Saint-Petersburg, Moscow and Vladivostok, the band sharpened their skills, experimented with music forms, turning their performances into something beyond rational description.

Pill Couple stepped out of the shadow performing on one stage with Glintshake and V-ROX Festival as well. Their China tour followed, with more than dozen of concerts throughout the country.

This moment Pill Couple are in process of making new material and searching for a softer sound, which reminds us of  the most sorrowful of sadcore and the most ethereal of 4AD releases. “We want to play music for listeners to dive into the most hidden parts of  their unconsciousness. We want to make a sense of voyage rather than just music… Incredibly long voyage by the river of emotions into the realities, which we create” – Nikita Katsman explains.

For the general convenience, it would be reasonable to compare Pill Couple with the best examples of genre, but the band does not fit easily into its influences. It is proved by their debut LP sounding like sharp cry from the depths of Far East, declaring an actual self-reliance of the music(“Feel Me”).

When you gaze long into an abyss, the abyss also gazes into you. But it is much more effective when you are living in that abyss. It is especially distinct in Rape Tape’s music. Khabarovsk, the band’s hometown, is one of the most desolate places of the Far East, where there is nothing but semi-abandoned factories and a ruthless swelter. Such a dystopian place definitely affects charred minds. In this case, gothic-noise punk seems to be an honest reflection of reality and at the same time – the alternative for it.

Do not be scared of band’s name (or do be scared) – the band’s leader Alexander Yanchuk explains: “So many bands in our city want to make a sweety-shiny product, but we completely disagree with that. We need to express ourselves, to jump around the venue and sing about the problems that we see around us. Our band name is a best description of our music – dark, angry and pretty annoying. So, “Rape” doesn’t mean actually sexual crime, it`s a metaphor. And “Tape” is literally a cassette or album. In a symbolic sense, these are scars scraped by the sound. However, people see us like some sort of creeps, because they have their own stereotypes of evil and annoying words and so on. Everyone thinks in terms of their licentiousness and debauchery.”

The point is that this band understands the necessity of shocking punk therapy, so you should give Rape Tape’s music a chance, or you’ll give the band a chance to follow you in your nightmares.

The band’s releases certainly justify it’s name, but it is at where you see them reveal themselves fully, mixing the gothic vibe of Siouxsie and the Banshees with the digital fierce of the The Locust.

But the most interesting thing in Rape Tape is how multipolar they are, and it’s even not their attitude but their nature. The main part of the lyrics (well as the music) is written by Yanchuck, but many Russian listeners don’t understand it. Just because…well, it is written from the side of female ego. However, you can`t find any of female markers in their lyrics. Anyway – you just feel that these words do not belong to a man. They sound too erotic, too manipulative, too flirty and emancipative to belong to the man’s consciousness. In other words – how specific is the female body over the male, so in a  way the sound of Rape Tape is too provocative to be the part of the male ego.

Also, their hometown Khabarovsk probably is a Mecca of psychopathic guitar music in the Far East since it is a birthplace of ГШ (Glintshake) leader Zhenya Gorbunov. By the way, I think that Rape Tape is one of the best far eastern bands.

Death Knees is a garage hardcore-punk band from Vladivostok, but it sounds like the band that lived in each other pockets with Black Flag, Flipper, Pussy Galore, The Reatards and all other agitators of teenage aggression and emotional disorders.

When the Death Knees completely felt “dead”, they turned into RC Overdrive, changed the band’s members and rejected garage punk and lo-fi to play noise rock.

If a notional scoffer told you that the guitar music is dead, then Molten River would be a great argument against it. It is a bright example of DIY-culture, accomplished in a precise and meticulous way.

For fans of intense sound, Molten River, is a mixture of the atonal guitars of Sonic Youth and “why bother” attitude of J Mascis. For the citizens of Khabarovsk it is one of the few bands who are not afraid to step out of local stereotypes. Listen to their «Сage» and you will understand how young talent feel in a prison of Russian reality.

Brave Men Run are an indie rock band from Vladivostok who are named after the Sonic Youth song which suggests these musicians are not hiding from experiments with the sound: after playing a languid indie, BMR moved on to the heavier and a more classic rock sound. The experiment also touched upon the members of the band with a new bass guitarist and drummer. The group has remained silent for a while, while it’s leader Maxim Alkhimik started his solo Russian-speaking post-punk project “Рейнеке” (“Reinеke”).

Once a post-rock band “Simple is Good”, the Khabarovsk quartet decided to move beyond that. They put on a booming delay and turned into synth-pop trio, Søika. Søika reminds us that Russia is also a country of vast emptiness where the language of synth electronic music reflects this fact.

”As the members of Søika we are concentrated on uniting the energy of live sound and electronic music. We are strongly influenced by Scandinavian bands, as well as American and European, such as Mutemath, Haelos, Vök, Kiasmos, Kacy Hill, iamamiwhoami, Röyksopp, The 1975, etc.”

They are not lying. On their album “Hidden Place” as well as during their gigs Søika successfully mix dream-pop and synth passages.

Perhaps, HKG Knights is the most famous Vladivostok electronic musician outside the Far East. This is the second project of Ilya Bespalov, who has also been the part of extremely popular witch-house band Crossparty. HKG Knights is sure the best soundtrack for Major Motoko Kusanagi free falling from the skyscrapers like in the outstanding animated film “Ghost In The Shell”.

Unlike with Søika, music of HKG Knights is filled with references to urban expansion in a cyber-punk future, where cold neon lights will become as much familiar for human eye as the sun in the skies. Ilya, the author of the project, used to live in Moscow and gained a pretty huge popularity here where he appeared in an Adidas documentary about the underground rave scene in Moscow and even played his set at Boiler Room.

A trio from Komsomolsk-na-Amure who define their genre as “synth baroque” that slightly bewilders you, because it is really hard to associate the word deriving from the beginning of a 17th-century industrial town. But the music of Alla Dmitrievna is about searching a balance as well as about an effort to breed the music culture in an unappropriated place. In this light, it is no accident that we hear an influence of Justice and M83, who translated music from the language of classic pieces to the modern speech of electronic sound. The band has not won a proper recognition from far eastern audience yet, but they showed up in the article written for Russian magazine “Afisha”.

Nowadays plenty of music groups playing grunge are in danger of being a copy of another-famous-band, so it is always interesting to see the examples, which become the exceptions from that rule. Obviously, we can hear how their music is influenced by the heros of generation X.

Nevertheless, it should not be considered that the band is restricted by the frames of one genre – at least take as an example their small release, lo-fi audio letter “come down home”. Dwyer is definitely one of the most vigorous bands in Vladivostok, who place a priority on rage and punk humor instead of professional playing.

Coldwave duet from Khabarovsk who moved to St. Petersburg Supernova 1006 are often called the new stars of Russian post-punk, as well as the Russian version of The Soft Moon. Supernova 1006 already has a number of achievements. They gave concerts in Germany, Belgian magazine “Peek-a-Boo” wrote about their last release and not long ago the band released an official remix on the fathers of the electropunk The Units.

The project of Sergey Khavro from Khabarovsk who has moved to Moscow. This is a gentle combination of modern dream-pop, indietronic and a visible love for the Manchester sound. Sergei himself says about his music: “I just wanted my music to sound as good as what I hear in my headphones”, and among the favorite bands, he mentions The Stone Roses, The Smiths and Sonic Youth.