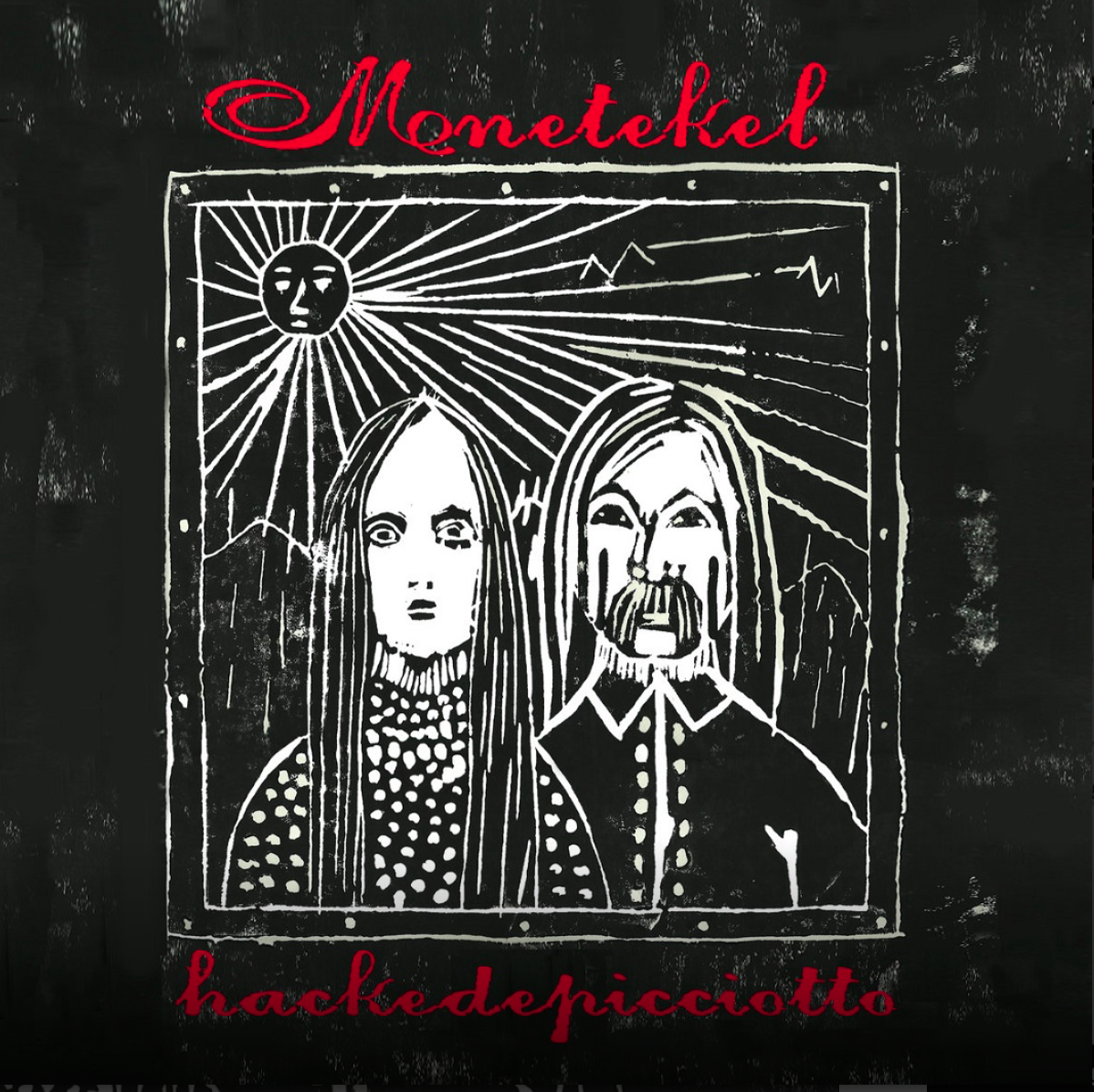 More than a double album, more than a beautifully crafted album of moods and textures, more than a world of music you can truly get lost in, Menetekel is a document of an adventure –  a free-spirited nomadic art journey across the dying embers of the planet.

Danielle De Picciotto is the New York artist who moved to Berlin and kick-started Love Parade and sang with the Space Cowboys before marrying Alexander Hacke – the bassist and core member of the wonderful Einsturzende Neubauten. The couple are consumed by art, they live and breathe creativity and noise in their painting, music and even their wardrobe – walking, talking art pieces.

Of course a pedigree like that would be enough for most people but the pair have fused their sound and vision in a 24/7 lifestyle that embraces the world and serenades it as they wander the planet like paint and decibel spattered free spirits reflecting a world on the verge of a nervous breakdown as they attempt to come to terms with its cliff edge madness with meditative and powerful pieces.

This album is built around drones and beautiful and stunning soundscapes that hook around Danielle’s spoken word and 3D lyrical storytelling with violin minor scale runs and ancient drones built on a hurdy-gurdy or autoharp creating sparse and enticing soundscapes for Alexander to unleash his guttural and powerful neo-black metal throat singing and bass playing undertow.

The closest operators in this area are those black metal bands or the thinking rock bands who move beyond the metal and into those dark drone worlds like Sunn O))) with their one chord electric symphonies. Hackedepicciotto are very much on their own trip, though, and once you slide into their world you are massaged by their resonating power and sly melodic twists as they tell stories with sound and song. The scope of musical ambition is breathtaking – on side D of the album is a spooked track that they perfectly describe as ‘the sound installation we created in Austria during a residency there this year. It was an experiment in trying to create a sound interpretation of an old church through the eyes & ears of a child or somebody that does not know it is a religious building. In other words – how does architecture influence us subliminally.’ It’s this kind of artful beyond the straightjacket of convention thinking that is at the heart of this brilliant collaboration and they also make it work.

The album is their best yet – a wonderful synthesis of two people in love and full of the possibility of music and a resonating, vibrating drone mantra of an album that is full of brooding beauty and a sense of wonder and melancholy and a wonderful work and piece of art.