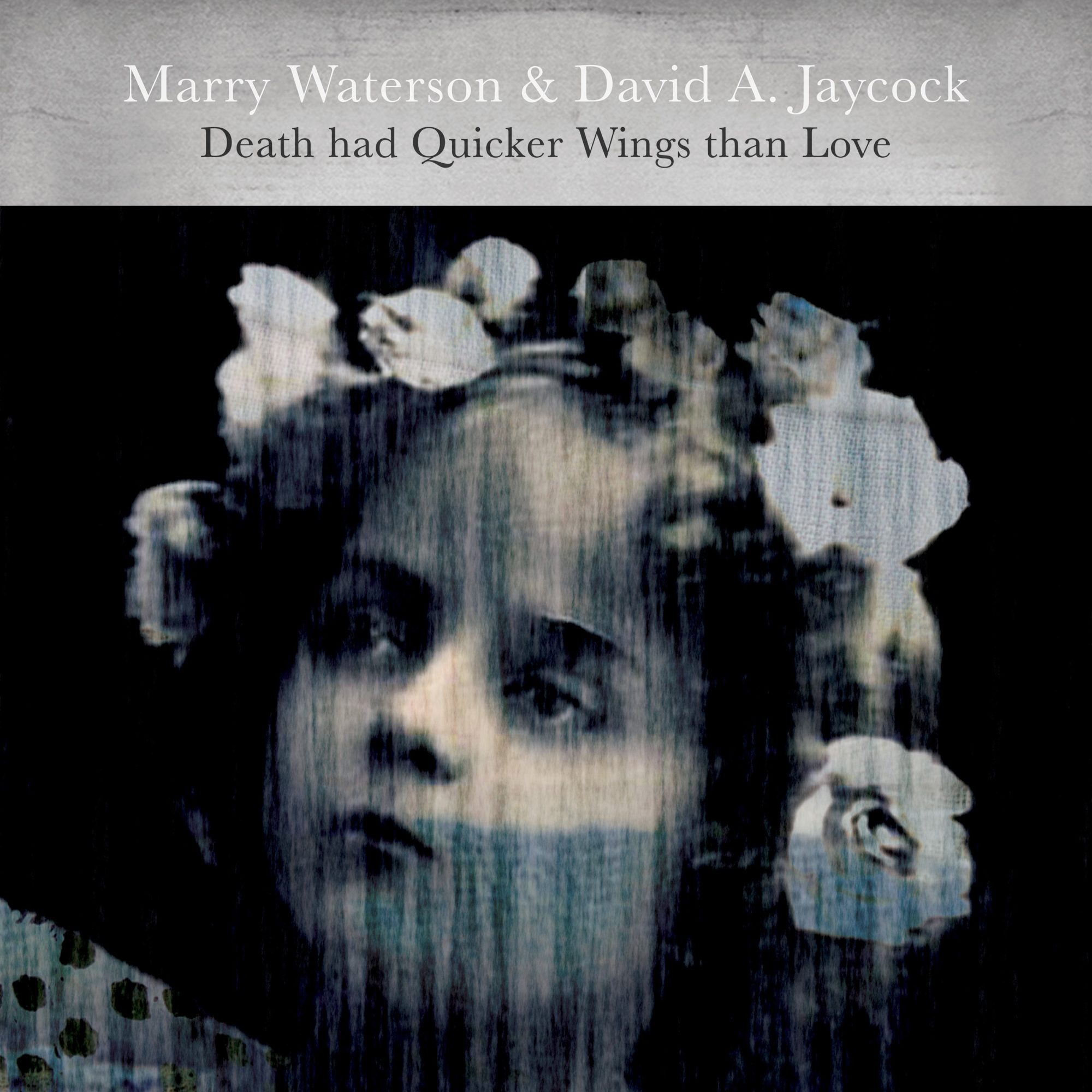 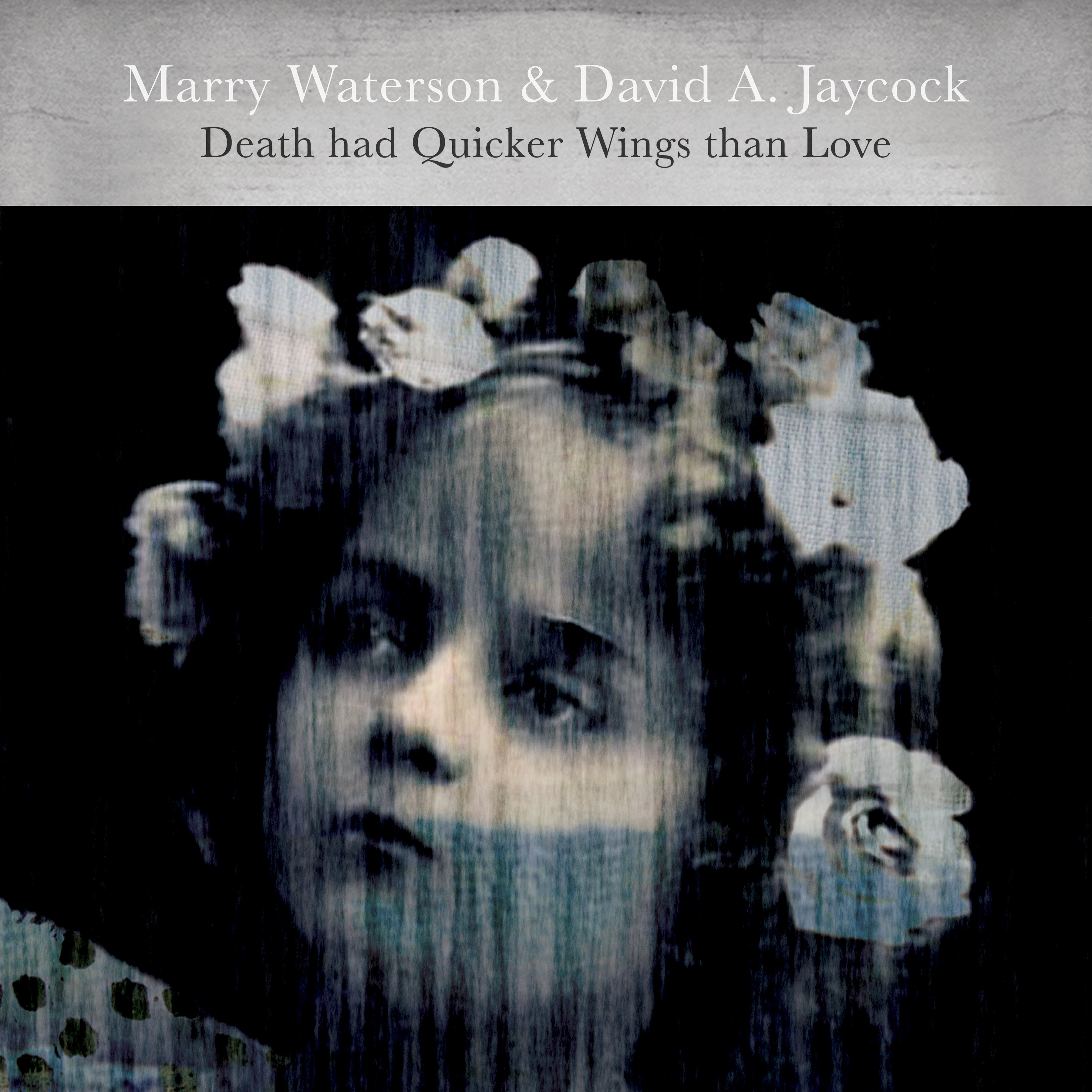 The second album as a duo from Marry Waterson and David A Jaycock follows up the stark and evocative Two Wolves. An album toured extensively whilst picking up plaudits from the national press to the folk critics as well as being nominated for two folk awards. Death Had Quicker Wings Than Love finds them confidently justifying the fuss.

After spending some time recently engaged in breathing new life into the reissue of the Waterson folk noir masterpiece, the ahead of its time and ground-breaking Bright Phoebus, it might not be far from the truth to acknowledge how Death… could easily be seen as a very close relation, owing a significant debt to the past. Cut very much from the same cloth and a strong contender for the  apple that fell closest to the tree.

Taking up the mantle of the more haunting and bleak aspects of Bright Phoebus and building on their own rapidly developing musical partnership, Death… finds the duo joined at various junctures by the likes of celebrated singer-songwriter Kathryn Williams, Romeo Stodart (The Magic Numbers), Emma Smith (The Elysian Quartet), and John Parish (PJ Harvey). Marry: “We saw everyone as potential contributors. I remember on one of the final days we were recording Small Ways and Slowly – John Parish (PJ Harvey) popped in to borrow something and ended up laying down some percussion which totally lifted the song.” Again, an uncanny parallel with Phoebus.

Accompanied by a production by Portishead’s Adrian Utley that emphasises the uniquely atmospheric, the dark and the melancholy, the record focuses on the distinctive Waterson voice and Jaycock’s sonic dabblings and moodscapes, giving it a unique, taut imprint. A brief yet concentrated half hour with the duo that others would struggle to achieve in twice the time, opens with  The Vain Jackdaw,  inspired by the classic Aesop Fable. “The inside cover of my tattered copy bears the lines ‘This Book Bilongs to Me. Address 160 Hull. 8 years old’, says Marry. Its led by a vocal recorded outside on the rooftop, and left totally unaccompanied, apart from a typically haunting whining guitar intro after being encouraged by producer Utley “sing into the air like a bird”. Marry delivers the first track amidst a feeling of freedom and liberation.

What follows is the continuation of an authentic English folk style, lifting from and inspired by personal experience, but told through the form of historical fables. Marry has spoken of a common thread of feeling lost running throughout the record; a feeling addressed immediately and most directly in Lost (adjective), a considered study in the type of disorientation that remains when two souls are wrenched apart. The title track is carried on a wave of woody strings while Gunshot Lips explores the darkest territory on a dark record in contrast to a gentle love song and simple refrain that follows as a gentle respite. On The Second Tide ebbs and flows, the repetitive guitar figure echoing and softly flickering against the lightly soothing voice.

Death Had Quicker Wings Than Love  captures a duo that are no longer  finding their feet; they’re fully  into their stride and embracing the less is more philosphy. It’s not the music of the day, more a rite of passage from another time. Marry and David A have served up an uncompromising – some would say difficult but for the right reasons – second album.  An album  rising like a phoenix form the phoebus.

You can watch the video for Small Ways And Slowly here: