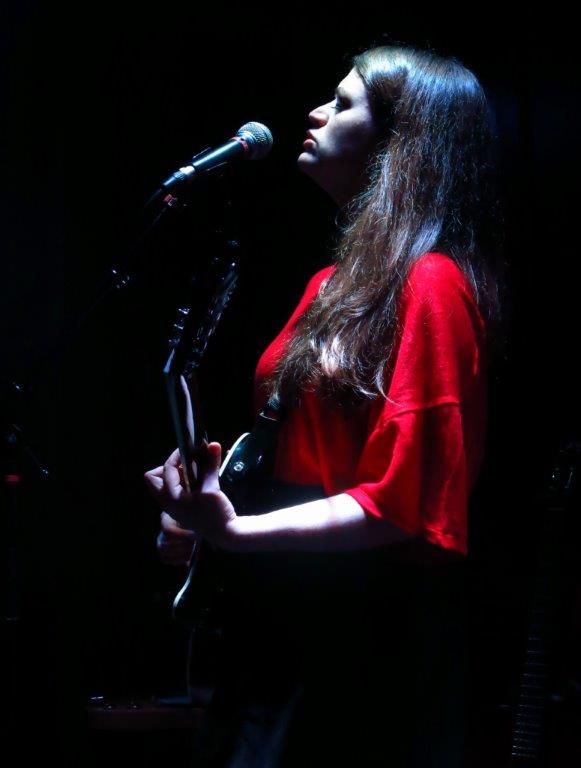 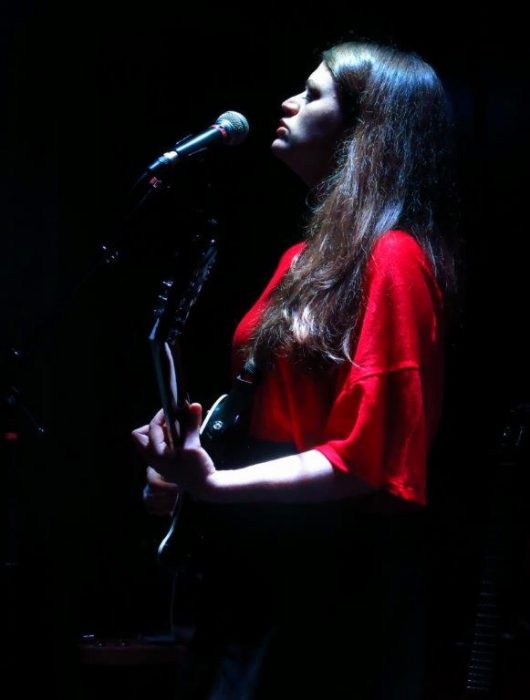 On a Monday lashed with rain in Manchester, the situation was calling on a kind of music to offer escapism, to open up new opportunities for the listening experience. Thankfully, Siobhan Wilson’s gig at The Castle Hotel, supported by Ecka Mordecai and Laura James, did not disappoint, says Louder Than War’s Emily Oldfield…

It began with a burst of heat – literally. I don’t think I have experienced The Castle Hotel so packed-out on an early weeknight evening for a long time; the sign of a line-up of musicians which makes the audience crave a live experience, not just a listen at home.

Plus Siobhan Wilson is a stand-out artist in her own right, with her new album ‘There Are No Saints’ championed on BBC 6 Music and receiving critical praise across the radio network. I awaited her travel-tinged alt-folk explorations and soaring harmonies with anticipation.

But first – the support acts were assembled to take us on a whole different kind of trip. Ecka Mordecai took to the stage, her hands and presence positioned over a cello. For those expecting sweet acoustic music – it wasn’t.

For what was instead created was much more. An enigmatic soundscape of spiralling notes, given depth by deft strikes on the lower strings – yet also soaring above the live bubble and burr of synths being played in the room. It was as if we were plunged into an adventure calling on us to take on and consider multiple levels of music, which Mordecai crafted in extended, instrumental pieces. Moody and passionate, melancholy and yet somehow celebratory.

This was spine-tingling sound I could imagine intensifying so many situations – from soundtracking sci-fi, to inviting our own personal reflection.

Then Laura James followed, a Cumbrian singer-songwriter who provided a dose of something different and an interesting sonic contrast which kept the night varied. She spun sweet folk-influenced music soaked in a sort of poetry, the melodies well-crafted and compelling, the lyrics almost aching with intimacy and anticipation.

Yet despite its melodic movements, James still managed to develop depth in the sound – with Ben Eckersley joining her on cello, driving the meaning of the music home. Her single ‘Rooftops’ rolled and resonated in the packed-out room, pulling on past connections, the intensity of early love and the concept of memory most of us can relate to.

Rhythm given by her own, seemingly effortless, acoustic guitar skill, James delivered upbeat with undercurrent and thus a very substantial set.

By the time Siobhan Wilson made her entrance onto the stage, the heat was almost blistering. Yet still she managed to communicate a kind of cool, with billowing melodies as if layered with the breeze of breath, plunges of Parisian experience and a compelling confidence.

She was joined by two other musicians – one a childhood friend – with the creative chemistry adding to the mood of curious exploration conveyed in many of Wilson’s tracks, an approach which opened up imagery well beyond the room.

With tunes like ‘Dear God’ developing on the idea of dedication, whilst ‘Dark Matter’ combined the oscillating, open-rhyme of her vocal in a voluminous trill, topping simple yet satisfying guitar, it was evident that Wilson is a musician capable of unwrapping the emotions in her work and inviting us to explore them further.

Visceral vocals highlighted not only Wilson’s verbal power, but lyrical skill – it is evident that these are tracks created through personal progression, matured and reared to fruition through instrumental flurries and hot human feeling. Her calm on stage suggested it was like a kind of catharsis.

It was an evening proving the live power of her jazz-touched, depth-drawing tunes which overcome the constraints of genre convention and convey an emotive and passionate musician at a profound stage in her development. Expect plenty more from Siobhan Wilson – plus Laura James and Ecka Mordecai. Persuasive, immersive and sensuous soundscaping going on at so many levels, unrestrained by categorisation. Brilliant.

Photography: Image of  Siobhan Wilson taken by Robin Linton, with thanks