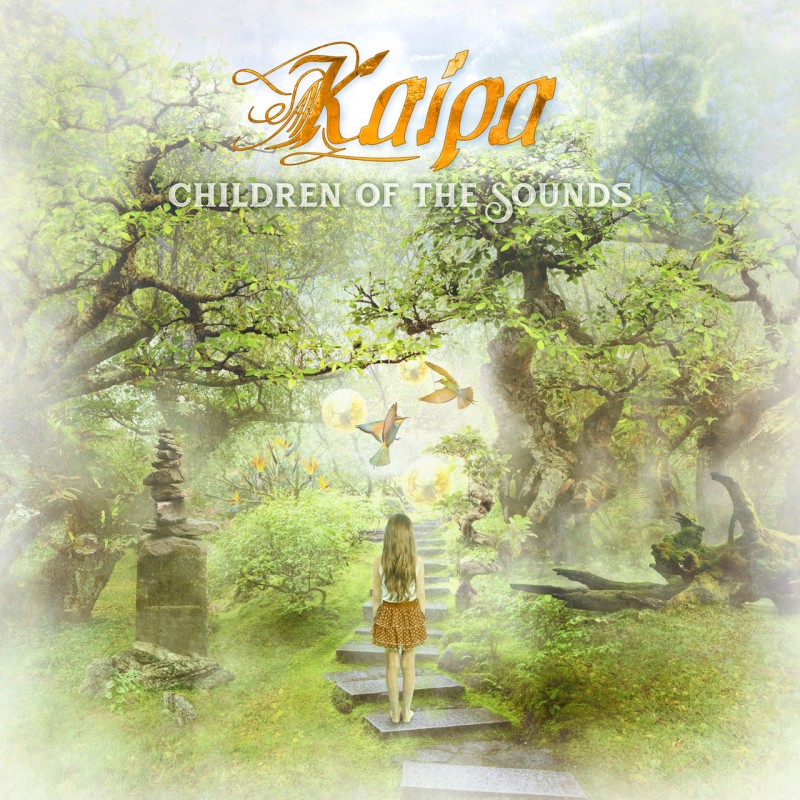 Kaipa: Children Of The Sounds

A band of the seventies, rejuvenated and reformed in 2002, Kaipa are back again with their 13th album. One that makes no bones about paying homage to the trademark sound  that mark Kaipa as nothing less than classic progressive rock.

Kaipa mastermind Hans Lundin has talked of being filled with the energy of the Summer when he sat down in November 2014 to write the  songs that make up Children…. It shows. An essentially bright and fragrant set of five lengthy pieces ranging from just under seven to the seventeen minutes of On The Edge Of New Horizons – something that the openly progressive flavour has always advocated to be.

It’s an album that’s overtly optimistic and positive, packed with the contrast of the vocals of Patrick Lundstrom and Aleena Gibson and catchy hooks and melodies. Proceeding with the medieval opening of the title track, talk of the sonic (sometimes ethereal) universe, songs sung by songbirds from the paths of souls and gardens of light, all come accompanied by a healthy trad prog rock garnish. Per Nilsson’s electric guitar tones start on the first of a series of flying solo accompaniments that weave a constant and sweetly melodious  path throughout the album.

Midway through On The Edge Of New Horizons comes a wonderfully quaint section – musically a combination of Hammond, rhythmic acoustic  guitar, twanging bass and fleet fingered  keyboard soloing alongside lyrical images of birds soaring high, sun shining bright etc. On the other hand, The Shadowy Sunlight is the one piece that, as the title suggests,  has a darker feel despite the welcoming classical string overtones of the intro that develops into a folky reel (or it could be a jig – both describe the urge to perform a lively dance). “Where’s our sun? Feel the change, see the clouds dark and dense” comes the call as the mood changes to an overcast and ominous front. One that soon passes as the Nilsson guitar wizardry combines with some cutting widdly synth to cast its spell yet again.

While there’s a strong argument that Children Of The Sounds has its roots strongly embedded in seventies prog rock it feels like a pleasant change to sit back and appreciate Kaipa as a band  who fly the flag for melody and elegance and composition over dazzling technique. Sometimes there’s nothing wrong with a bit of nostalgia – the grass isn’t always greener on the other side.

You can see the lyric video for the title track from the album here:

You can find Kaipa online here