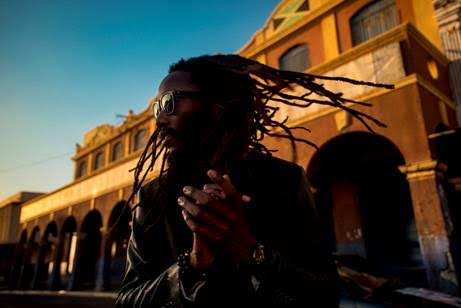 One of Jamaica’s finest exports, Kabaka Pyramid is set to release his first full length album entitled ‘Contraband’ this summer, alongside a UK and European tour also announced.

To coincide with this news he has teamed up with Bebble Rock and the Ghetto Youths to drop the first single taken from the album. Produced by Genis Nadal and executive producer Damian Marley, ‘Can’t Breathe’ showcases Kabaka’s musical blend of the lyricism of Hip hop, with the energy and melody of Reggae and Dancehall.

Perhaps best known to UK audiences from his various BBC 1Xtra freestyles/performances for David Rodigan and Toddla T, as well as a mixtape collab ‘Accurate’ with Major Lazor which gained online support from sites including The Fader. Hip Hop fans will also know him from features with Raekwon ‘Be Inspired’ and Akala ’Giants’ in 2016. Previously, his single ‘Well Done’ was premiered and championed by Billboard in the US.