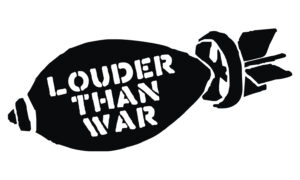 Louder Than War’s editorial team pick their ‘Ones To Watch’ in 2022.  The broadsheets and mainstream outlets have pretty much decided that Wet Leg and Yard Act will be the two ‘break-through’ acts from the indie underground – so don’t expect to see them here, great as they both are – these are the brand new acts on the block!

Chester two piece Deh-Yey have been banging on the doors for a few years now. 2022 should be their time to shine after being shut down by the cruel lockdown that stopped their flow of clever abrasive power punk that gives you hints of John with a slice of political comedy along the way. Fuckin’ brilliant band. (AF)

Spirit Of Spike Island Records are single handily relaunching and reinventing the Manchester thing. Their own band, Afflecks Palace took the simmering psychedelic guitars of the Roses debut and reinvented it for the now and took their debut album into the top 20 last week. Not content with that they were relating the tripped out guitar mantras of teenage Manc band who mash the Roses and early The Verve with current gurus like The Brian Jonestown Massacre into an unholy now!  (JR)

Manchester’s Loose Articles combine stripped back angular post-punk with their own uniquely wry observations on modern life. Tracks like Kicks Like A Girl and Buses (They really don’t like buses!) perfectly define their sound and direction. 2022 looks like being their year with an new releases and a upcoming support slot with The Foo Fighters in June! (NJC)

Charismatic Manc rapper with a touch of grime but very much on her own terms. New tracks soon on Heavenly Records that are breaking the mould and redesigning the future. (JR)

Teenage frontline singer songwriter with a headful of poetry political  and scrubbed acoustic guitar choppy chords and an angry voice of a generation full of passion and melody. Seb Lowe has burst out of nowhere. (Ok Saddleworth…) with a head full of words that are his weapons and telling his truth with a guitar that is a machine gun of riffing. (JR)

Small Black Arrows is the brainchild of Luke Bailey and Jimmy Hanley. Combining eclectic influences from folk to trip-hop & from RnB to rock, they create intelligent, atmospheric music using alternative instrumentation to question traditional arrangements.  Jimmy and Luke became friends through Manchester’s thriving artistic venues, pre-lockdown. Their sound is forged through passionate DIY dedication to their craft; a product of their urban, working class, roots. (AF)

Garage rock four-piece Cheap Teeth from Edinburgh have been showing up on various radars like BBC Introducing, Radio X and NME following their debut EP Give Me More, Show Me Less released in May 2021.  It’s post punk garage that we can’t wait to hear more of in 2022.   (NDS)

The brother of George Ezra, (Who knew?) who released his self-titled debut in 2019 came storming back in 2021 with his So Long EP, with lead track Go perfectly picking slotting in as one of the tracks of the year. Pure, angular, jaunty post punk with a thumping bass-line and punchy vocal. (NJC)

An alt-rock/punk duo from Seaford who first burst onto the Sussex scene in early 2019 with their heavy bass riffs and impassioned in-your-face vocals.  Look out for new single Cigarette, out on 7th January, plus confirmed live dates in Brighton (29th Jan), during February in Birmingham (9th), Leeds (10th), Sheffield (12th), Glasgow (17th) and Blackpool (18th), and then Manchester, Liverpool and Huddersfield in March.   Fantastic live band, go see them. (NDS)

Unsettling electronics that are infusing the edges of mainstream pop, forged in that melting pot polylithic culture flux of Manchester and now based in another, London, Aya is dealing a stripped down minimalist fusion of spartan tension, jungle breaks, sparse beats, avant digital and fab South African gqom.  (JR)

A clerical error meant their debut album was omitted from our Albums of the Year 2021.  The Isle of Man based rockers take their Motorhead with mouth-organ kick-ass sound on tour across the UK in 2022. Traditional music but turbo-charged and now! (GB)

Just when any music form becomes an antique with a very definite history and trapped in the past then a pesky bunch of teenagers reinvent it! Grunge is now so entwined in the Nirvana narrative and the subject of books and docs that it would feel like dead form but in the hands of teenage Manc band Stereotyped (check out their Instagram)  it’s an explosive thing and their debut single The Only One is dynamic, intense and thrilling and released by Grungepop Records who have a whole stable of this stuff!  (JR)

We’ve been following this French band for a few years now and on their home turf, they’re getting bigger and bigger. Fantastic psych grunge garage pop. Their last album, Sentimental, made our albums of the year for 2021. They’re in the UK at the end of January for a short run playing the Isle of Wight (TBA, 25/01), Brighton (The Pipeline, 27/01), Bristol (The Thunderbolt, 28/01), London (Nambucca, 29/01) and Hastings (The Piper, 30/01). (NW)

The Tydeman brothers, Henry & John have been weaving their own brand of dreamy pop since January 2021, when they released one of the tracks of the year BRB. Imagine for a moment The Turtles jamming together with The Small Faces – lay on a bit of  Music Hall and overlay with a touch of English whimsy and you’ll begin, (hopefully!) to understand a little of where this gem of a song sits on the musical spectrum. With two further single under their belts and new producer, Tom Rees from Buzzard Buzzard Buzzard on board, 2022 is set to be a pivotal year for the duo! (NJC)

Louder Than War favourites, Cheshire’s Last Clouds feature the classic synth-pop duo with Matt Schott on vocals fronting keyboard maestro Al Quarterman. Their brand of heavily layered atmospheric electronica is thrilling and uplifting. Seasoned performers, proving that the future is not all about the kids. (NJC)

Glasgow’s Vlure stormed on to the scene in March with Shattered Faith which opens like one of those Euro hits from the ’80’s. It quickly explodes into a colossal, angry, synth-infused post-punk anthem. Subsequent releases have cemented their position as ones to watch in 2022. (NJC)

Comprising of members from Dublin, Bristol and London, M(h)aol gathered attention back in September with their track Gender Studies and followed it up with No One Ever Talks To Us. Their post-punk sound looms and lurks in your consciousness. The lyrics hit hard with the weight of modern living. Abrasive, but chillingly, thrillingly and refreshingly so. (JK)

Everyone loves an English teacher, right? To be fair, if your response to that was a definitive ‘No’, possibly shaped by some dullard wittering about adverbials or Lennie in Of Mice and Men, then prepared to have your mind changed by this alt-rock four-piece. Thirty seconds of the single R&B ought to be all you need. If the bassline doesn’t get you, the lyrics will. (JK)

The Pleasure Dome released Do You Know Better in December. As a precursor to their EP that is due to be released in January, the track left us with plenty of excitement for the coming year. Who knows whether 2022 will be a year steered by people who genuinely know better, but at least we can fill our own ears with their forthright Bristolian blast, whatever else transpires. (JK)

…and apologies to Witch Fever who have dropped off the list because it would’ve been the THIRD year in a row that da Boss John Robb had Tipped them for Greatness!