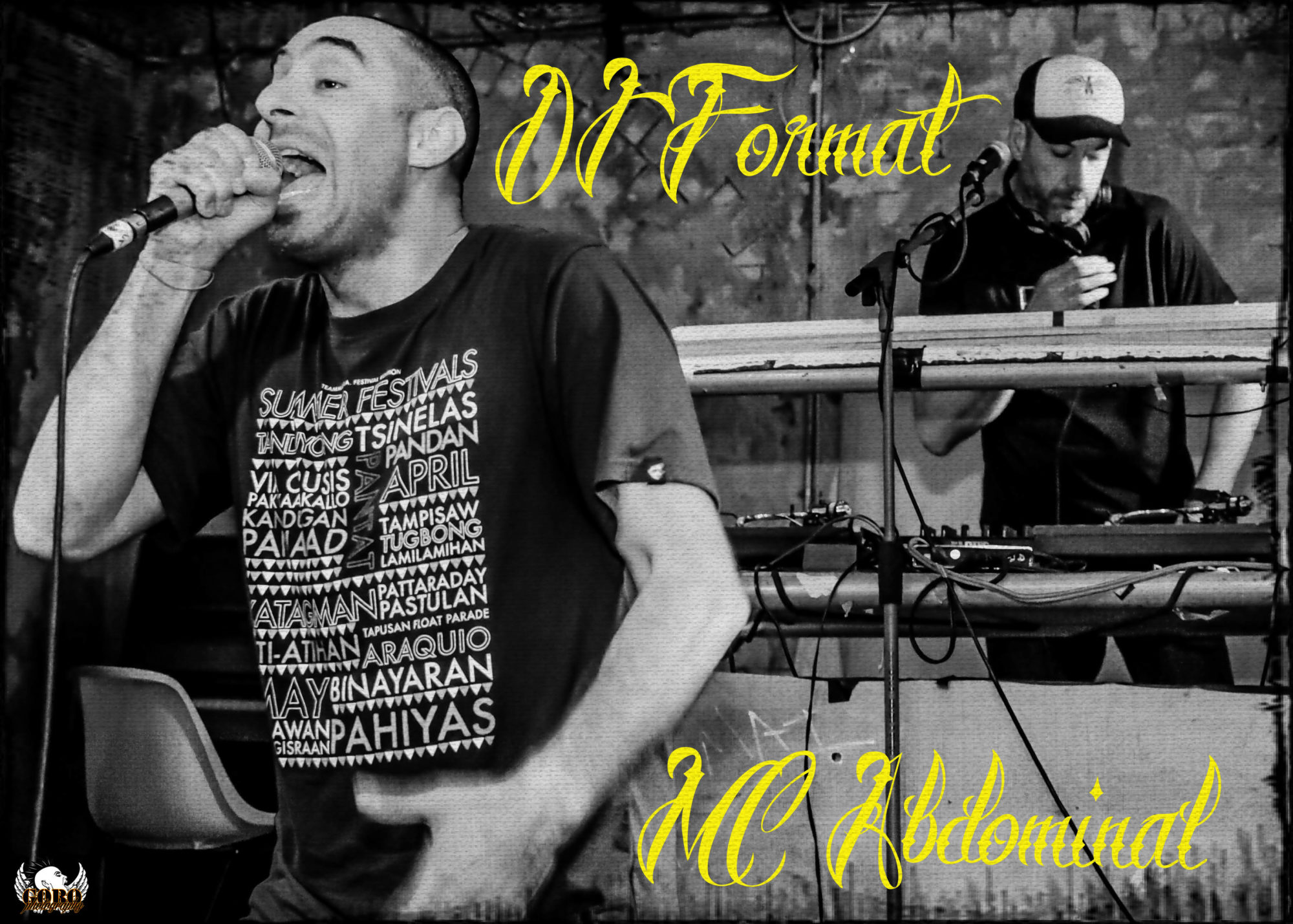 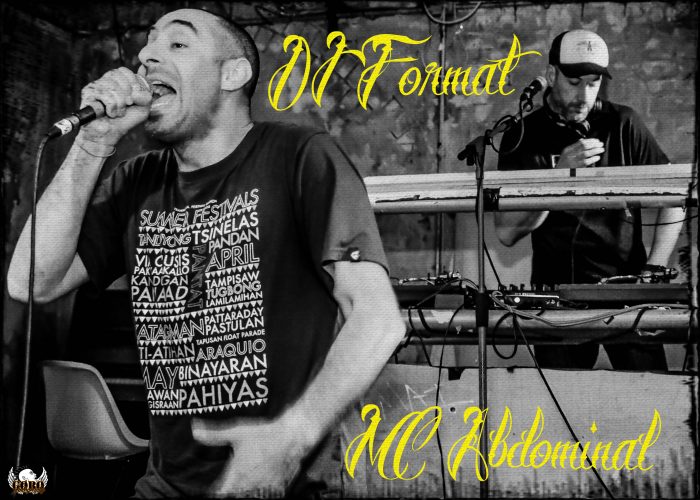 Brighton’s funkalicious beats-smith, DJ Format, alongside Toronto’s ace supreme rhymester, MC Abdominal are currently creating vast positive sound waves across the UK at the moment as part of their ‘Still Hungry’ tour, bringing forth the direct energy of their fresh current album which has been receiving a mass of spins on BBC 6 radio music as well as attaining the best-selling hip-hop/rap album on Bandcamp for more than 24hrs of its initial release.

Ab & Format are without a doubt one of the most authentically impressive dynamic duos out there today on the hip-hop circuit. I felt extremely joyous and exceptionally proud of the incredible atmosphere they conjured at their Glasgow show, carving deep impressions into the hearts and minds of the brimming crowd who busted spectacular shapes all night long to their purposeful funked out grooves. The dynamic duo has so far accomplished sold out shows in Edinburgh, Newcastle, Birmingham, and Bristol with Brighton on the brink of selling out. Glasgow’s, Stereo Cafe Bar was the second show of their tour which was also not far off being sold out.
Californian, Long Beach producer/rapper, Andy Cooper opened the show with his awe-inspiring fast and playful rap technique who is long time affiliated with funk-groove, hip-hop orientated bands, Ugly Duckling & The Allergies. Andy owns an extensive musical pallet which leaves him wide open to embracing various styles of creative musical projects. Andy opened the show on an exceptionally cool level, striding up casually on-stage and commanding the mic like a sorcerer as he rapped current and more well established rhymes to the crowd, blowing us all away with his concise lyrical flow as he demonstrated with striking flair and consummate ease his innate technical rap flow which just evokes such an overwhelming appreciation and adoration for the power of words and the unique individual character which is projected through the power of expression.

As a first time encounter with Andy’s skills, I would say that it is undeniably evident that he is a true master of his craft and most certainly a huge inspiration for all who embrace the art of rap.
I had the greatest privilege and honour to share the stage with the trinamic trio at various moments as I documented with my camera and found DJ Formats expert turntablism skills utterly compelling, finding that my heart pounded a little faster as I watched him dig, spin & scratch with spectacular finesse. His passion for 45’s is evident as he sifted through his vinyl box with dextrous hands and a head full of bop. His deep love for spinning wax is blatant as he beamed in his element behind those mixing decks, most certainly the party instigator, the crowd decimator, in the best possible sense. I asked Matt how many records he owns and he said around five hundred and oddly enough those who ask usually expects him to say thousands as he is a collector, however he told me that he likes to keep his records on rotation, shedding ones he doesn’t use as much, and hunting down ones he is after at the time, like a practical working DJ would do, I suppose! Formats exceptional taste in jazzy tips, rhythm & blues, funk, soul & b-boy hip-hop provides him with the root basis to producing his own amazing bass-laden funky beats, giving him undeniable depth and authenticity as a DJ.
Evidently, Abdominal & Matt work extremely hard and devote their all to delivering the absolute best in verses & beats straight from the heart. There is no denying the rapport they have built up over 14 years, playing off each other’s humor and embracing the quirky impulsive moments which only years of experience can bring, most certainly weaving magic with their synchronized ingenuity as part of their live show performances. It felt amazing to watch them absorb the love and appreciation of the Glasgow crowd as they provided us with fresh tracks from their current album ‘Still Hungry, blasting tracks such as ‘Behind The Scenes’ ‘Dirt’, ”White Rapper’ and ‘Forged In Hardship’ which owns more of a political edge but done in such a subtle way drowned in one hell of a booming bassline! Check out ‘Dirt’ on the following
Also more established, sing along tracks were laid down such as ‘Ill Culinary Behaviour’ ‘Ugly Brothers’ and ‘We Say’ to name but a wholesome few, along with a collaborative cover with Andy C of The Pharcyde track ‘Passin’ Me By’ which melted the room on the floor. These dudes totally rule at what they do in such an authentic way, bringing back from the roots what it means to project on the pulse, entirely relatable messages with such clarity and not an ounce of ego involved, unifying in such a positive way through the art of rap and beat making. I would say that they are one of the most uplifting, positive live hip-hop acts out there, owning the experience, musical passion, and sense of purpose within their musical deliverance which naturally commands a sea of high fives and continuous bop’s of the head in utmost respect. Please do try and catch DJ Format & Abdominal live this time round, or if not some time in the future. You can view the full batch of photos from Glasgow’s Stereo show over at Gobophotography/Revel Rouser on FB.