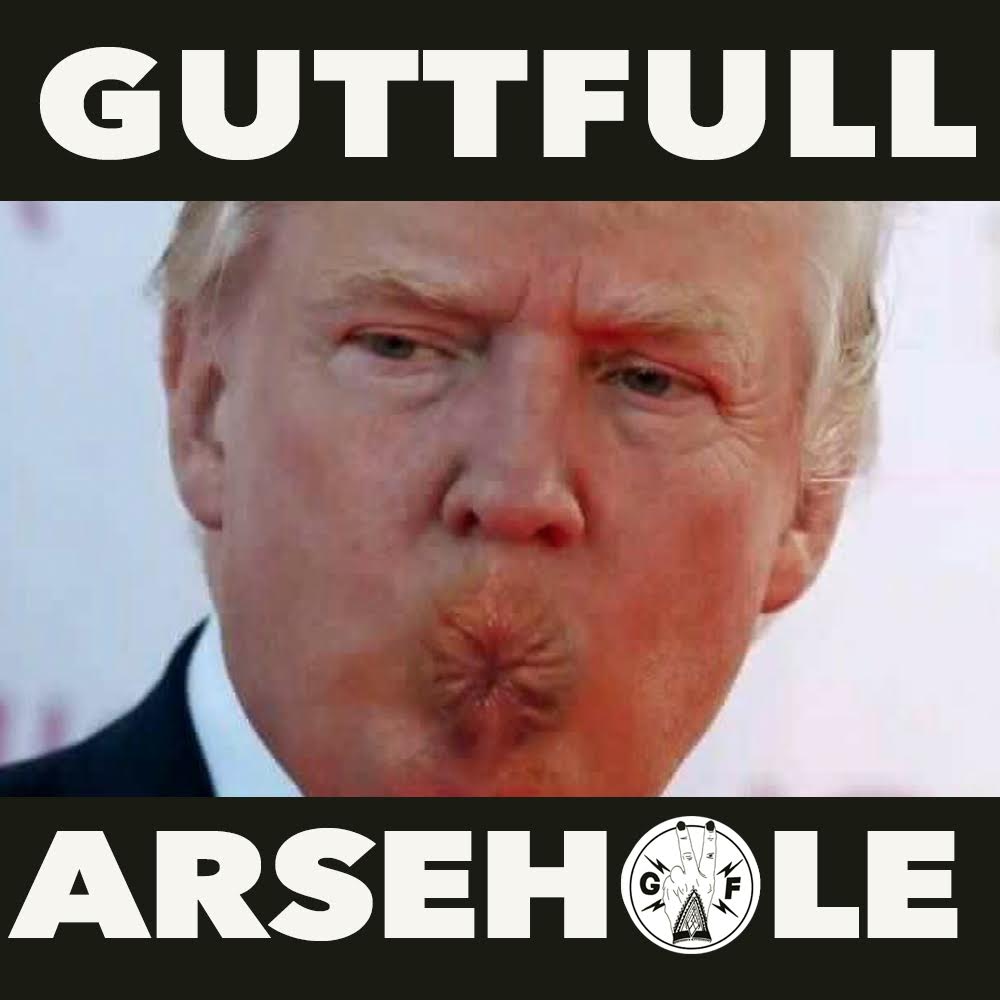 London’s message to the new President? Up yours.
Arsehole is GUTTFULL’s debut single, launched 20 January 2017 – get your copy from Bandcamp now.
The band said, “The video is a message to Trump on his inaugeration day, and represents GUTTFULL’s views, all our friends’ views, and probably most of London’s views (at least judging by the spontaneous authentic reactions of those who appear in the video), the London mayor, if not the country(!).
“Watch out for a few near-celebrity cameos in the video … the karaoke party at the end of the video features members of Thee Faction, Senseless Things, Chumbawumba, Echobelly and Gay Dad. But most tenuous celebrity cameo of all comes in the shape of the boxer on the tube, who claims to be Mike Tyson’s nephew. Anyway. They all think Trump’s an arsehole.”