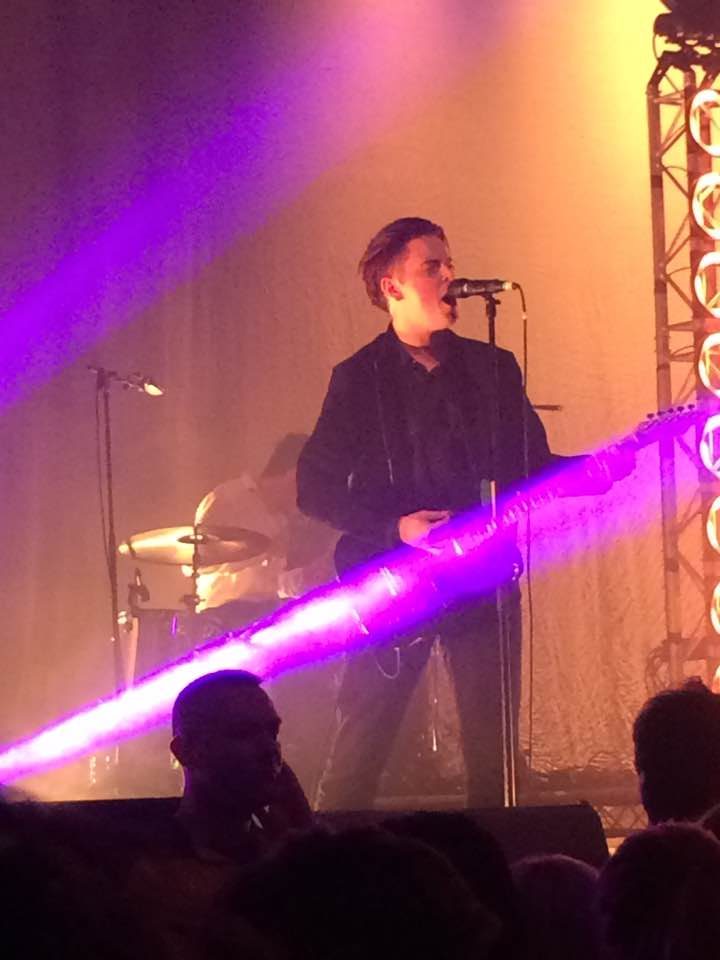 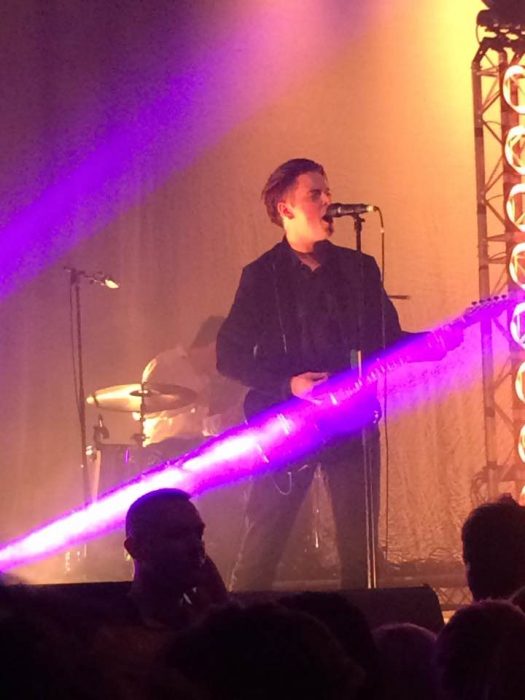 Roxy Gillespie takes an away day to see Glasgow bands Baby Strange and White in their native city. This is what she found.

With four local bands playing, the gig at the O2 ABC on Sauciehall St looked set to be a Glasweigan extravaganza. Headliners Baby Strange and White are already loved and respected here, but they were not the only talent taking to the stage.

The venue was a fair size and opening band The Cut gave an excellent set to a far from empty hall. With great shimmering guitars and rock indie overtones, the band had tons of energy and a really great sound.

The Ninth Wave gave a solid pop performance although they lacked the punch The Cut had provided. The music had a more introverted feel, but was quite beautiful at times, especially with the duel male and female vocals. When the rhythm picked up, their sound really came to life. The rendition of ‘Human Touch’ from their recent double A-side single was a highlight of the set. Its electro-pop feel shows that this band may have a lot more to offer in the future.

The hall was full by the time White took the stage. With their usual verve and impressive backing visuals, the electro-pop stunners had the crowd on side from the outset. Leo Condie’s voice soared. It was as dramatic as ever but never upstaged the excellence of the band as a whole. As expected White brought the excellent singles ‘Private Lives’ and ‘Living Fiction’ to the stage sending the crowd crazy. With a bit of funk and earworm lyrics there was plenty for the crowd to love. White back up their musical capability with pure showmanship making them essential live viewing. Their recent EP ‘Cuts That Don’t Bleed’ also featured heavily, including the brilliant ‘I Liked You Better When You Needed Me’. The backdrop might have said ‘Fuck 2016’ but this set was at least one reason to rejoice. 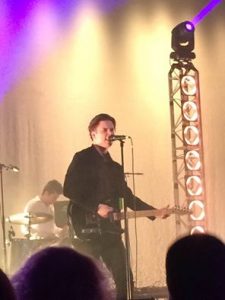 Baby Strange have guts. The music hits you right between the eyes. Their sound has become more sophisticated recently, but the crowd still love the razor edge of ‘Pure Evil’ with guitar licks stark enough to flay. Whatever the size of the venue, Baby Strange tear through their wicked and unruly set, dragging their willing audience right along with them. ‘Friend’ and ‘Luver’ are pure, brutal anthems. ‘VVV’ is arguably their best song to date and was a highlight of the night. While the subtlety of ‘Human’ and the drama of ‘California Sun’ are special in their own right, the short, sharp shock of songs like ‘Want It, Need It’ see the band at their best. The cover of ‘Snakehips’ sent the crowd totally over the top, increasing the wild activity in the already extensive pit. The album ‘Want It, Need It’ was a must-buy for 2016. Let’s hope it was the first of many from this excellent trio of Glasgow boys.

As White and Baby Strange showed just how fantastically talented they are, it was good to catch bands like The Cut and The Ninth Wave who are following behind them. Glasgow showed a lot of love for their boys and girls and the bands threw it right back. If anyone had doubts about the vibrancy of the music scene in Glasgow, this gig should settle them once and for all.

All words by Roxy Gillespie. More writing on Louder Than War can be found at her author’s archive. She Tweets as @RoxyG100. Her blog is found here.