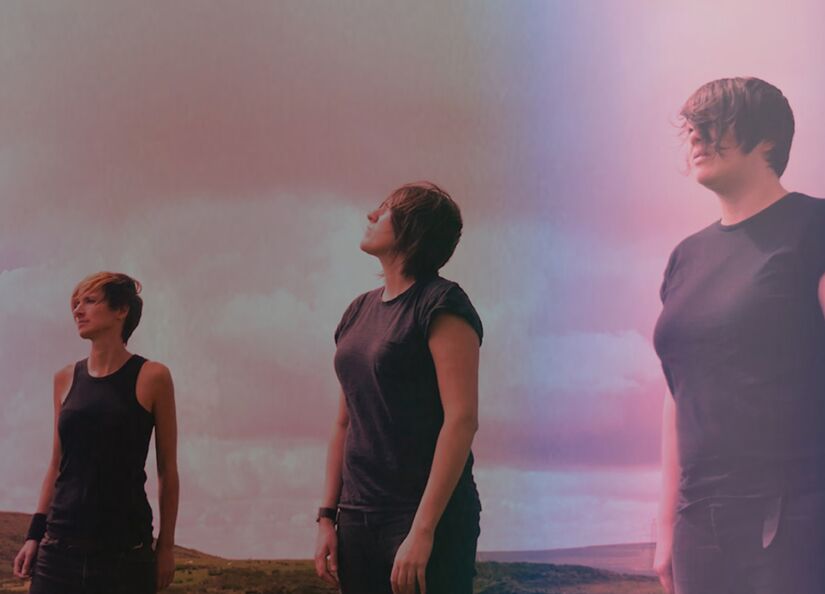 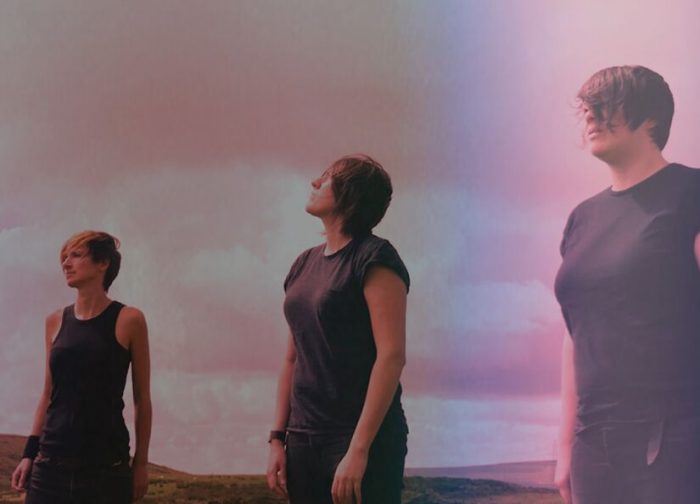 We first came across LIINES last year as they released their debut single Never There while riding a wave of praise for their blistering live shows. A year on and they’re about to complete a short tour to mark the release of their latest single. We catch up with the Manchester post-punk trio.

There’s been a buzz around LIINES for some time now. Formed in 2014 they arrived on the scene fully a year ago with single Never There, released on the back of a growing reputation on Manchester’s live scene and gaining them attention from the press. That included Louder Than War who said: “Their live performance is frenetic, a breathless charge, a visceral and raw rage of sound that grabs you by the lapels but turns fight to party with bouncing hooks, hissing beats and bouncing bass lines. These are tracks as full of hooks as it is dark edges.”

The three-piece have since signed to new independent label Reckless Yes and released a double-A single alongside a short tour. Interest in them continues to grow, and having caught them on this run of dates, their live performances are more assured, more vital and more connected to an audience who fill the spaces in these songs with their urgent need to hear more.

About to finish up the run of dates and head back into the studio with producer Paul Tipler (who has also produced Idlewild, Elastica and Placebo) to work on their debut album, due next year, I caught up with the band  for a quick Q&A session.

Louder Than War: Tell me a bit about how each of you first came to music and the music that was around you growing up. Had you all always known you wanted to play music?

Zoe (McVeigh, guitar and vocals): My dad used to record 120 Minutes on MTV and he always picked out things he thought I’d like. One day he played me the video for Man-Size by PJ Harvey and it absolutely blew me away. I thought she was so powerful – musically and visually. And from that moment I wanted to pick up a guitar and front a band.

Steph (Angel, bass): I first came to music through the piano. I heard someone play in a school assembly when I was 6 and fell in love. After 3 months begging for lessons, my parents supported me to learn – something I’m incredibly thankful for. I loved to play Beethoven, but the music that really blew me away came later – bands like The Pixies, Nirvana, early Manics [The Holy Bible], The Smiths, Hole, Joy Division, Smashing Pumpkins, Radiohead. That’s the music that first inspired me to want to be in a band and to spend the rest of my life making music.

Leila (O’Sullivan, drums): I was also lucky in that music got to me young! My parents both love music – my mum especially. She can play a few instruments and I was encouraged to learn an instrument from a young age. But similar to Steph, once I started to hear grunge and indie bands in the 90s, I wanted to learn how to play that stuff instead! I taught myself the guitar (with help from my mum) and played covers and other stuff with one of my best friends at school (Anna from Heavy Heart) – we’d use half broken guitars in the music room at lunch breaks and after school. We were in our first band together – but by then I’d moved onto teaching myself and playing the drums as I was always transfixed on the drums in the music I listened to, and watching drummers live. When I moved to Manchester to go to university, I pretty much stopped playing entirely. I suppose being in a band for me properly didn’t feel possible, which is ridiculous, I realise, as ANYONE can be in a band or play music. So when I met Zoe and Steph, who were looking for a drummer, it was literally a ‘never looked back’ moment!

If you had to describe LIINES in three words, what would they be? Is post-punk the right label for you?

Zoe: I think Louder Than War summed it up perfectly a year ago: “Powerful post-punk”.

When you write a song do you have a feel straight away for whether they are a ‘single’ or are they something which grows on you? Do your songs change over time as you play them live?

Zoe: I write quite a lot, but only the songs that make it to rehearsal are the ones that I think we have something we can work with. If it is something, I can usually sense what the song is going to sound like quite quickly and we work it up as a whole together. I don’t think I’ve ever written anything with ‘single’ in mind. But I know what I like; repetition and hooks, and I think that has come across more in the music that I’ve written for LIINES as opposed to bands I’ve been in previously. Our songs probably don’t change, so much as they grow and then settle. It takes a while for all the parts to come together, from the speed you play it, or certain parts like the drums falling into place – but we find that playing them at gigs is the best way for them to develop in this way.

You’ve worked with producer Paul Tipler – what difference did a producer make to the way you work and the sound? How did you choose Paul?

Steph: We approached Paul Tipler after signing to Reckless Yes Records earlier this year. It was one of the first things they suggested – in that they thought he would be able to work really well with our sound. And they were absolutely right. We’ve recorded half our album with him now – including our latest single tracks – and it’s sounding big. It’s not a matter of changing our sound or how we play it, but he has enhanced it a lot. The response to our latest single (Disappear // Be Here), and the comments about the recording/production, shows it was the right decision – we’re really excited about how the album will turn out.

LIINES have a very strong visual aesthetic to your work – what is there a symbolism of the pylons which appear throughout the artwork and video for these singles?

Zoe: The visuals for this release were inspired by a photo our friend, an artist, Debbie Sharp posted – which is what we adapted for the artwork. It was so striking. And so we decided to go and shoot a video near it too! Pylons for us probably represent words like cold, bleak, stark and energy. It felt like a fitting representation for these tracks. We’re also lucky to have people around us who get the sort of visual aesthetic that fits our sound and help us get this right for our releases, like in the video we made for Disappear.

In these days of downloads and social media how important do you think artwork is to music releases?

Leila: It’s definitely important – it’s a part of what represents you as an artist and your music. But it felt particularly necessary to get it right for our first physical release (our limited white vinyl release with Reckless Yes) – we’re really pleased with how it turned out. And it’s amazing that people have responded to it so positively too. We just need to starting thinking now about how we can beat this for our next release…!

You joined the roster at Reckless Yes Records earlier this year – what are the benefits to you of signing with a record label? Have you compromised your creative control of your music by doing so?

Zoe: Nothing has been compromised at all. Reckless Yes have embraced us as we are and it feels like they can help us grow in the areas we need to with their experience and because they’re passionate about us and our music. It’s really been the perfect partnership, from our point of view at least, and we’re looking forward to taking it forward as we finish and release our album with them. In terms of the benefits, it’s hard to put into words. It can be quite easy to feel alone as a band, so suddenly having people with their experience who have our backs, are thinking and planning for us, and investing their time, really is priceless.

I’ve seen bands on your label tag pictures or comment using #recklessyesfam – is there a lot of interaction and support between the bands on Reckless Yes and if so what benefit does this bring to you?

Leila: We played with Unqualified Nurse Band before we were both officially part of the #recklessyesfam, and we absolutely loved them so we were really excited when we found out they were releasing their album with them. And since then, Reckless Yes have added some great bands to their roster. They’re good at keeping us all included too, in different ways – everyone is so lovely, so we know we’re onto a good thing! We played with Pet Crow in Derby the other week too and really loved their sound and live performance. Each band brings its own style and sound, but they work well together, so it feels really exciting to be part of what Reckless Yes is building.

It’s been a big year for you in many ways – what has been the highlight?

Zoe: Signing to Reckless Yes without a doubt. It’s helped us focus for this year and beyond as we work towards our debut album.

What are you most looking forward to in 2017 for the band?

Zoe: Releasing our debut album is definitely our big focus over the next few months – then getting it out as far and wide as possible! Including more touring and hopefully more festivals. Watch this space!

LIINES conclude their tour at Verve Bar, Leeds on 2 December.

Interview by Nancy Williams. This is Nancy’s first piece for Louder Than War.