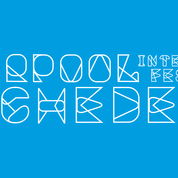 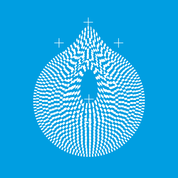 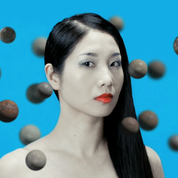 The immersive creative experience of Liverpool International Festival of Psychedelia 2016 is due to expand minds again in September. The award winning festival brings together artists performing across the wide spectrum of psychedelic music. It ranges from the experimental ambience of Gweno, the electronic kaleidoscope of Demdike Stare to the dark, ear-splitting magnificence of Taman Shud.

Venues at The Blade Factory, Camp and Furnace and District will be transformed into a swirling, dream-like headfest. There will be audio-visuals creating landscapes of colour and sound. Camp and Furnace will host the PZYK Colony from midnight to 4 am. The space will become a 360 degree waking dreamscape, with bands and DJs producing a seamless musical experience in the ever-changing geometric cube.

With musicians from Asia, Mexico, USA, Italy and Sweden, the international aspect of the festival is assured. The beautifully curated La Fete Souterraine will include Aquagascallo (an Aquaserge trio, playing songs by Julien Gasc, Aquaserge and Tame Impala’s Julien Barbagallo), Arlt, and Franc from Germany. Curators are the La Souterraine record label respected as innovators since bringing out their first compilation in 2013.

Excellent headliners Super Furry Animals and The Horrors top the eclectic cast of bands on offer. Quasi-fictional band Moonlandingz and The Wytches each bring their own magnificent chaos. Cavern of Anti-matter and The Lucid Dream porduce the ambient psychedelia so popular with psyche fans. Tangerines, Joseph Ohm and The Liberation Ulrika Spacek and Go!Zilla are all masters of pulsating sound. Liverpool International Festival of Psychedelia 2016 looks to be an unmissable experience.

Another highlight of the 2016 festival will be the first UK performance of PURE PHASE ENSEMBLE 4 featuring Mark Gardner (Ride). The ensemble comes together once a year at SpaceFest, Gdansk, Poland. Mark Gardner wrote the piece for the international group of musicians in 2015. It has since been released on film and as a live record.

Liverpool International Festival of Psychedelia 2016 is set to be a multi-faceted jewel shimmering in the festival pile. The breathtaking range of music and the sensory overload offered during the two day event make this a must.
More information on Liverpool International Festival of Psychedelia:
www.facebook.com/LiverpoolPsychFest
twitter.com/LPoolPsychFest
www.liverpoolpsychfest.com