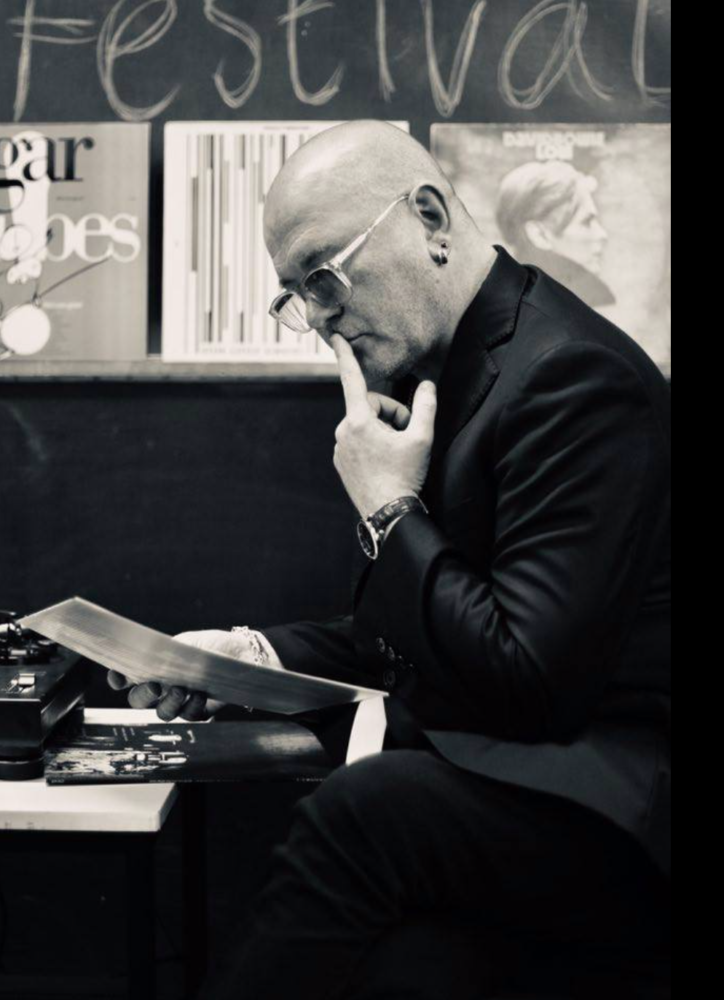 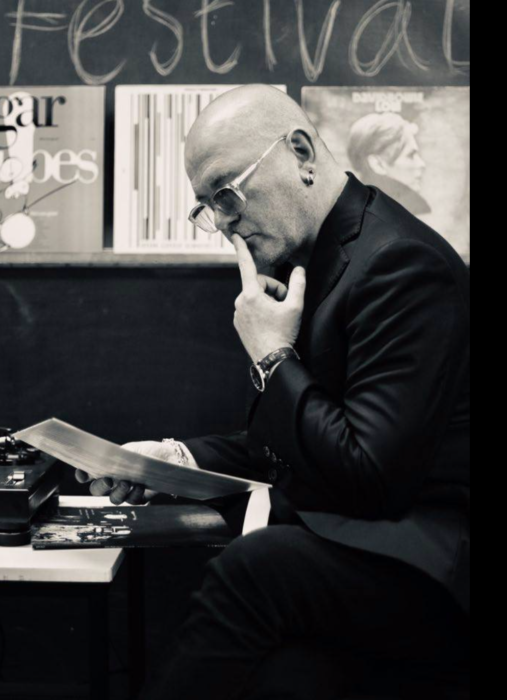 Radical, poet, actor, writer and singer, he has displayed his talents on film soundtracks like Moulin Rouge, In the Name of the Father and This Must Be the Place.   He gained critical acclaim for his solo album ‘Catholic’ and has recently worked with the band Atonalist.

He took time off preparing his new solo album to grant us this interview.

I don’t like the word ‘Industry’…  Bowie / Roxy Music / T.Rex / Punk …  And it was Punk that seriously opened the door for me.  Punk more or less gave us the ‘licence’ to go form a Band.

2. What was the main catalyst for embarking on a career in music?

I never saw it as a career and in many ways, I still don’t … It’s more my way of life …something in the bloodstream where I have no choice but to do what I do… It’s fuck all to do with a career if I am to be truthful.

3. How would you describe your current occupation?

As with the previous question… I feel awkward answering as I don’t see what I do as a Job.

4. What was your first major stumbling block on your journey into the music business?

The word ‘Business’ is a road block as far as I am concerned.

Bowie …  but I obviously adore both of them …

6. What do you consider was your first major musical breakthrough?

7. Was there ever a time that you wanted to quit the music business?

well, it’s that word again ‘business’ …. jaysus! yes of course I have wanted to quit music many times …. it’s tough out there in all ways.

8. Do you miss anything, at all, about the printed music press?

Yes, very much so … but the days of decent printed Music Magazines has been long, long gone and what has been the Printed Music Press is and has been so atrocious that I feel most of us gave up on them years ago.

9. There’s a huge revival in 70’s & 80’s music, in particular, Rewind Festivals and online radio shows like Songs of Preys, do you think the music has stood the test of time, or do you feel it’s dated?

Vinyl is my first choice, CD second choice and download for convenience

11. Do you think the music business has evolved or devolved in the 21st century?

Evolved meaning successful and making money? … yes, I suppose …. Business in music evolving is the reason why everything day feels bland, boring and in your face.

12. It has been noted that in venues that host ‘alternative’ nights that they play a majority of music from the 80’s, do you think it’s the music that’s stood the test of time, or has the ‘alternative’ scene stagnated?

Scenes and the alternative world do seem to have shrunk … but there is still hope what comes around doesn’t always stay around …. so hopefully …

13. Following on from that, do you think the music of ‘now’ will stand that same 30-year test of time?

There is always great music out there if one bothers to look and support it …. The ‘popular’ music of now and for nearly the last nearly 20 years has been so fucking boring I’d say a lot of people have just given up…  It takes effort to search out ‘Great’ Music and I reckon a lot of people cannot be arsed.

14. If you knew then what you know now, would you still want to pursue a career in music?

Yes, as I said I have no choice and couldn’t imagine not doing what I do.

15. What would be the ONE bit of advice you would give a new musician?

16. Do you have any new projects in the pipe-line?

Yes I have a few projects on the go…the main one being a Gavin Friday album which is nearing completion… and a few Spoken Word Albums also more work with the Band ‘Atonalist’.

17. What music, if any, do you listen to when you are relaxing?

18. What you your ideal four-band mini festival line-up be of artists alive today?

I cannot really say … there are so many great Bands … I am suspicious of festivals as most are generic and boring.

19. Is there any musician alive today that you would love to collaborate with, or cover one of their songs?

There are many great musicians out there that I ‘d love to work with…  I won’t mention who as I don’t wanna put a hex on it….

20. Quick question: What was the last book you read?

‘Heartland’ the latest Patrick McCabe which has just been published.

And finally:  What tune is playing in your head at the moment?

‘Our Fearless Leader’ by Atonalist