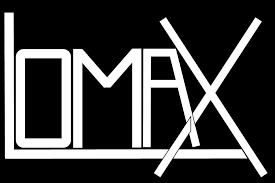 Working for the clampdown.

2 clubs in liverpool, Garlands and the legendary venue for upcoming bands, the Lomax have been closed in drug raids in the past few days.

Liverpool police seem to be working overtime in a new anti drug drive in the city that seems to only target clubs and venues.

A second Liverpool nightclub alleged to be a centre of dealing in Class A drugs has been closed down by police in an early-hours raid.

Officers entered Lomax on Cumberland Street on Saturday morning, just a day after a similar operation at Garlands nightclub.

Two people were arrested on suspicion of conspiracy to supply controlled drugs. They were later bailed.

Ch Supt Jon Ward said police had “no option” but to close the venue.

“Over the last few months officers have found that Class A drugs and other substances were being dealt within the club.

“It is clear that this venue does not adhere to the same high standards as other licensed premises in the city.”

Later on Saturday the force applied to magistrates for an order requiring the venue to remain closed for an extended period.

The hearing was adjourned until Wednesday, and the nightclub must remain closed in the meantime.