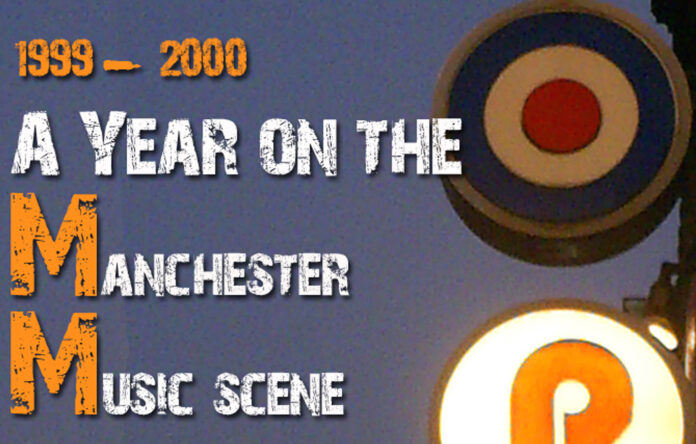 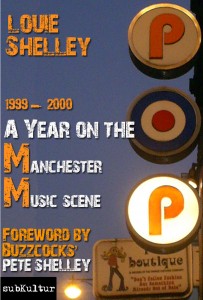 Full disclosure: This review comes from the owner of the subKultur imprint who have published the book. However, we don’t think you’ll mind because it’s both a great read and we think it will be of interest to a lot of you, as it was to a lot of us. Now, over to Carlos…

This e-book is the collected writings of freelance journalist Louie Shelley, who was commentating for a number of national and regional titles on music and cultural activities in the city. Covering the calendar year 2000 and a couple of months on either side, these pieces provide a fascinating cross-section of ‘the scene’ as it stood at the turn of the millennium.

What’s compelling about these pieces is that they form a static record of a dynamic environment. You cannot help but wonder what became of the hopes and dreams of some of these then fresh new artists, expressed and described in these electronic snapshots. But it’s not all up-and-comers. There are some stories that we know the finales of. In fact, they are ongoing. Fans of Elbow and Buzzcocks, particularly, will find the reviews and observations encapsulated in this collection a valuable reminder of where those artists have been and where they were going.

It’s not all music. It is a slice through selected cultural strata. With a relaxed, often deliciously funny observational style, Shelley’s pieces put you right into the conversation – it’s easy to quickly forget that you are nearly fifteen years down the road from the events described.

With a foreword by Buzzcocks’ Pete Shelley (no relation), himself one of the leading artistic lights of the city’s past 40 years, this collection defies its own preservation of times past by being as alive and vibrant as the scene it describes. If you were in the North-West around the turn of the century, are interested in the sights and sounds of, some would say, Britain’s cultural capital at that time or simply have an interest in the social and cultural history of Manchester, this collection is for you.

You can find more information out about the book – and buy a copy – from this link.

All words by Carlos. More writing by Carlos can be found on Louder Than War here.