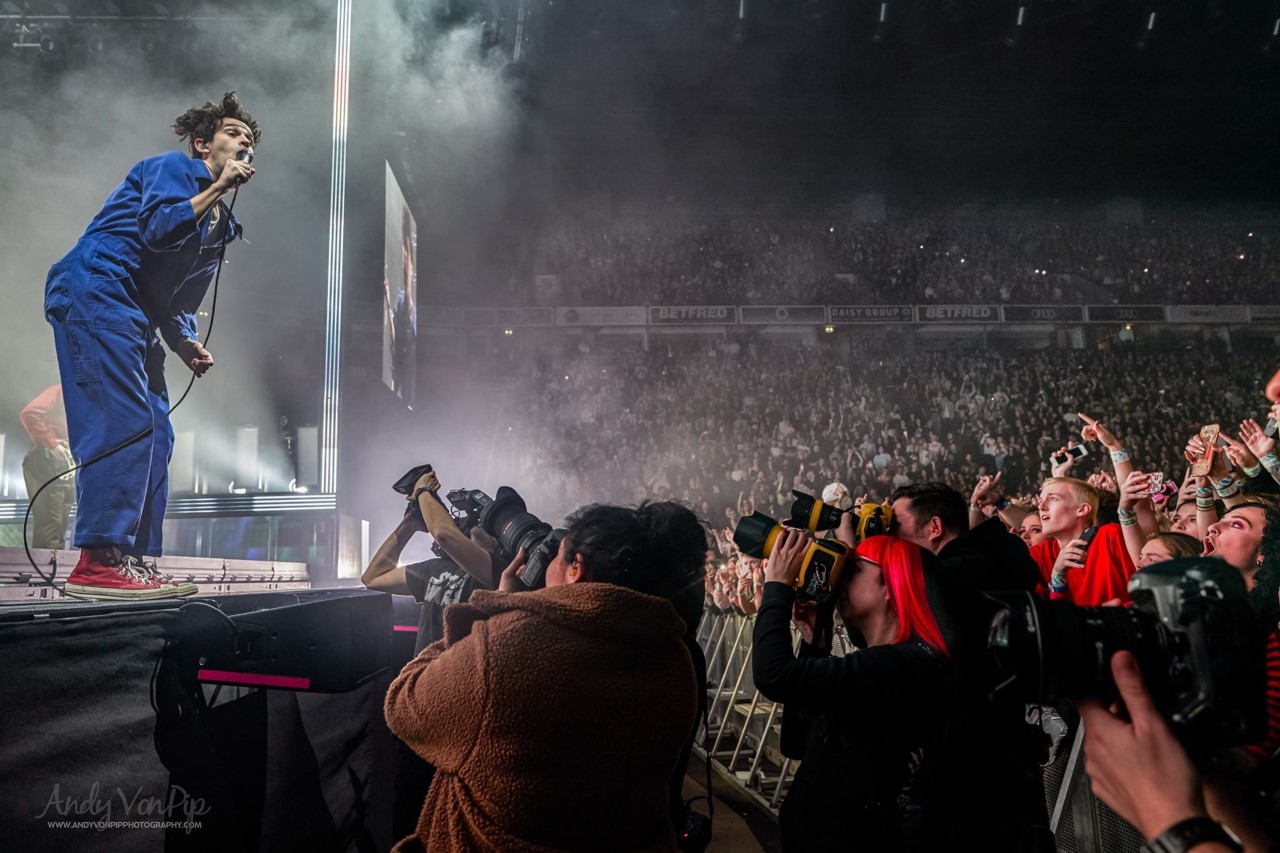 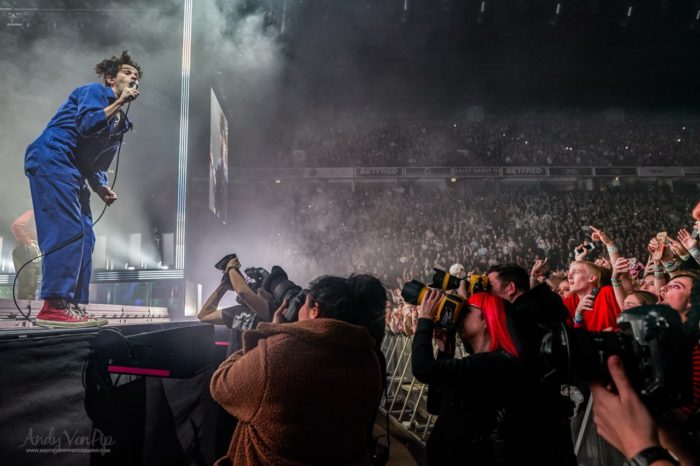 “It’s the world’s greatest band,” proclaimed frontman, Matty Healy, as The 1975 took to the stage.

The screaming horde of fans agreed, as the Wilmslow group launched into droning pop banger, ‘Give Yourself a Try’, for their massive, homecoming show at Manchester Arena.

Later in the show, Healy took a lift up the giant screen that stood behind him, reached out to touch it, and was swallowed by it – before the screen shimmered and revealed that he was trapped within an iPhone. The irony was somewhat lost on the crowd.

It was hard not to feel enamoured by the sheer audacity of The 1975, though. Brightly coloured, ever-changing and shifting – the show was a worthy parallel to the band themselves. Halfway through, Matty took to a treadmill in front of the stage, resplendent with a giant rabbit-eared hat, to re-enact the music video for their jazzy single, ‘Sincerity is Scary’. It was impressive and mesmerising and… all a bit good, really.

The 1975 have garnered a slightly Marmite reputation – unjustifiably, some would argue – but it’s a reputation that the band thrive on, and even mock, with flashing lights during ‘The Sound’ declaring: “There’s no danger in this music at all.” It’s a statement that’s difficult to agree with after the band has played the eerie, Eno-esque ‘How to Draw/Petrichor’ in its 6-minute entirety.

The young crowd were hooked on Matty’s every word – sung or otherwise – and their passion shone through in droves. From bouncing around to disco jam ‘TOOTIMETOOTIMETOOTIME’, to surreally bellowing back the words to ‘I always wanna die… sometimes’, it was hard to deny that The 1975 have tapped into something. This is self-aware, self-deprecating music designed to make an impact.

Before your eyes, the band evolved. The lighting, sound and stage show appropriately echoed their earlier albums, from the black and white of their debut, to the pinks and neons of their pop-heavy sophomore, to this – the glitchy, genre-less third. This is a band that refuses to rest on their laurels, and this show was testament to that. “We played the arena last year,” claims Matty towards the end of the show. “But now it feels like we’ve really earned it.” He’s not wrong.