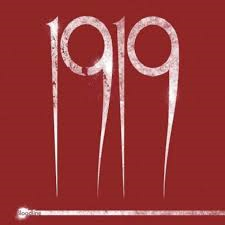 1919 announce London show in May

1919 have announced a headline show at Nambucca in London on Saturday May 27, 2017. They’ll be joined by Stompcrash and Down from Above.

For more info and tickets go to: https://www.nambucca.co.uk/event/elegant-decadence-1919-stompcrash-down-from-above/

The band also play a few gigs in Europe

03•03•17 sees the worldwide delivery of ‘Bloodline’, the second studio album from apocalyptic demons 1919.

Sit back, get uncomfortable and listen to the soundtrack to the end of the world