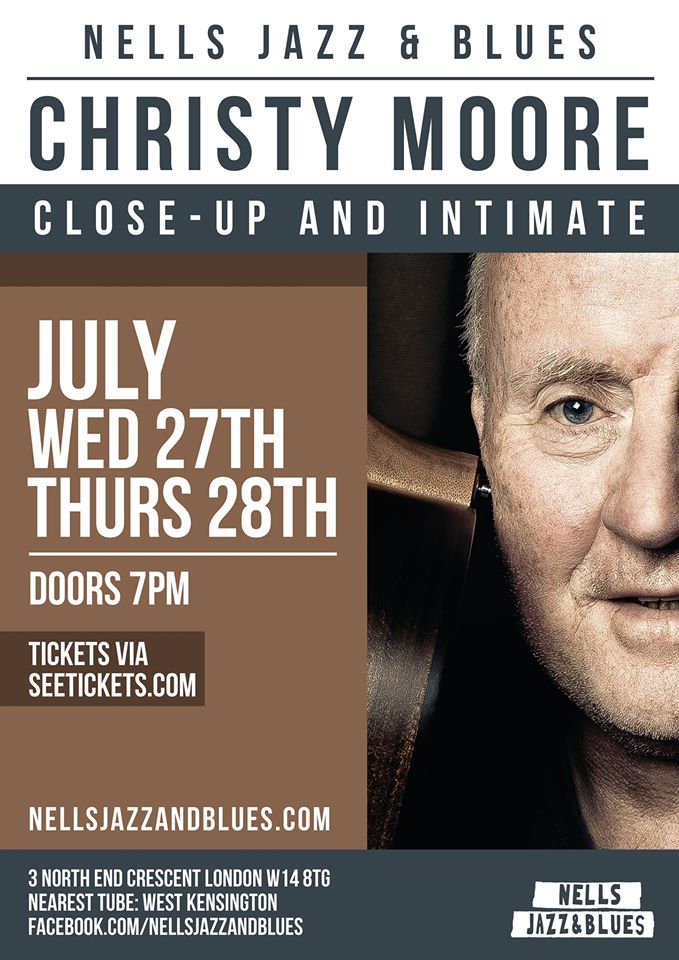 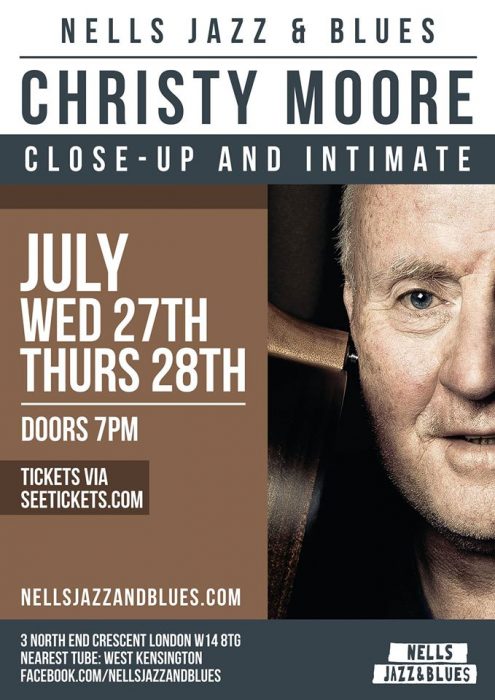 The Irish folk singer and also founding member of Moving Hearts will be performing two close up and intimate shows at Nells Jazz and Blues on Wednesday 27th and Thursday 28th July 2016 to promote the release of his recently released solo album “Lily”.

His first album, Paddy on the Road was recorded with Dominic Behan in 1969. In 2007, he was named as Ireland’s greatest living musician in RTÉ’s People of the Year Awards

Doors open at 7pm on both days