Home Music Bands 15 Things that happened when The Stone Roses played their warm up... 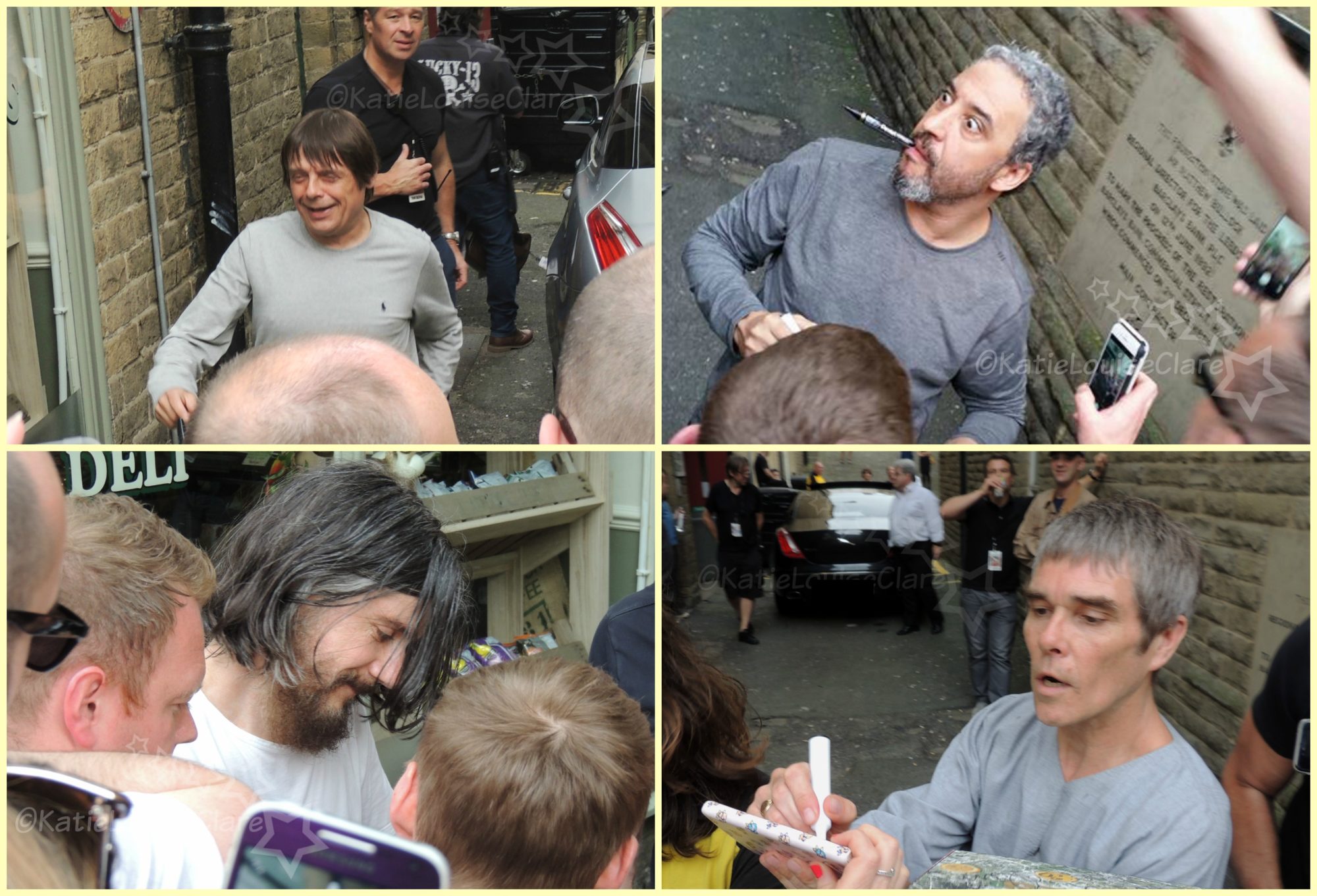 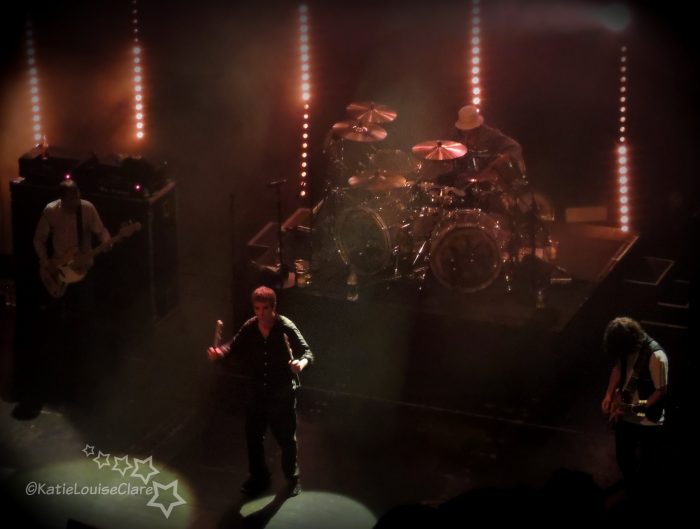 1. The Stone Roses arrive individually with smiles and a little time to sign fans albums, pictures, as well as body parts and take a few photos. 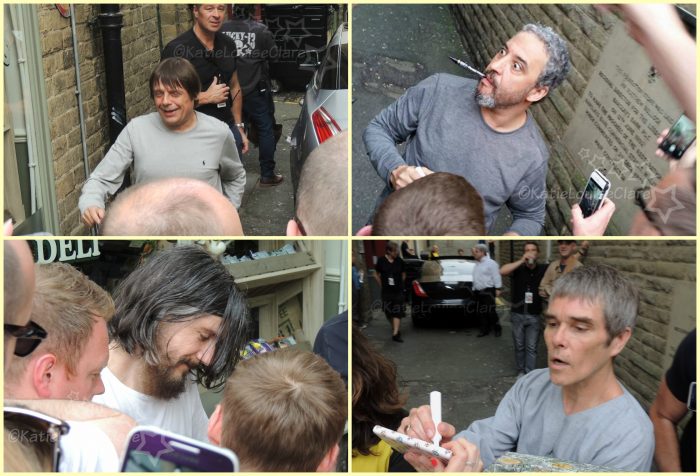 2. Reni tells fans that the band have recorded further new tracks and that “It sounds beautiful” a search of PPL Repertoire Search facility finds that The Stone Roses have registered a new 7-minute song called Beautiful Thing. There are high hopes that Reni will share the release date at some point in Carlisle – in cryptic form of course.

6. Those in the standing area are given yellow wristbands emblazoned with THE GIG WITH NO NAME TUESDAY 7th JUNE 2016 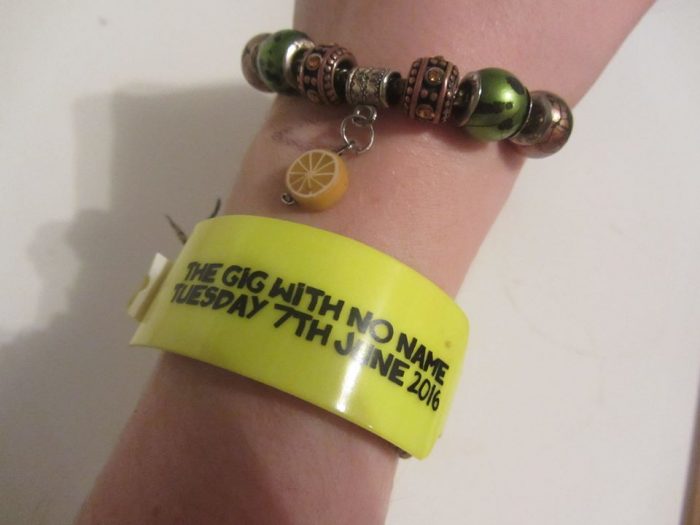 7. Reni was all smiles from the moment he arrived looking fit, healthy and showing no adverse effects of his two broken ribs. 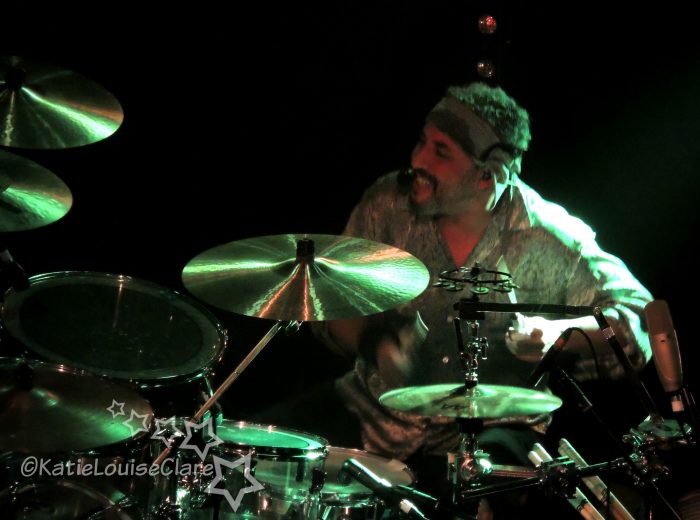 9. Ian Brown dedicates Elizabeth My Dear to “The energy vampires”.
10. All For One, the band’s first new single since the 2011 reformation, made its live debut. It was welcomed with riotous cheers and 99% of the audience singing in unison. Live the single has a stronger bass, a lot more strength giving it a strong anthem feel.
11. The Victoria Theatre has been drunk dry by the fans: the bars are empty of every drink well before 10pm.
12. The temperature inside the room is exacerbated by everyone bouncing, dancing singing and as if in homage to The Stone Roses 1990 Glasgow Green performance the walls are heavy with condensation that is dripping down to the floor at ever increasing speed. The heat didn’t stop Ian dancing, shaking his shakers, spinning and jumping up on the stage riser to join Reni. 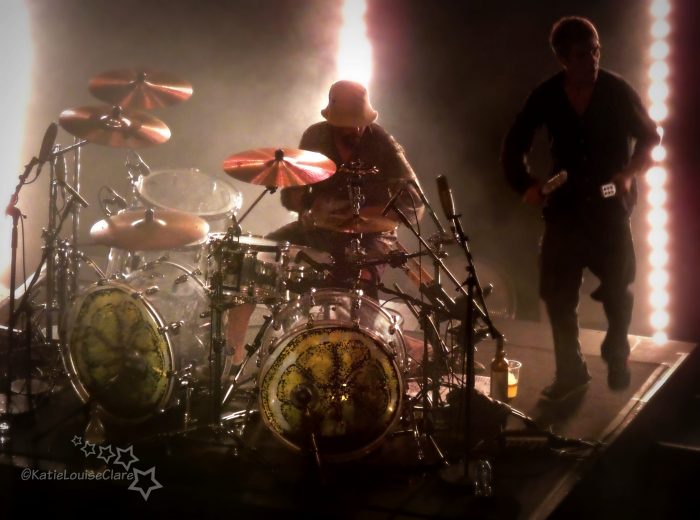 13. Reni was once again wearing a bucket hat inscribed with a message that that read ‘I don’t like having sweaty shoes’.
14. The Stone Roses, first gig in three years, was 16 songs long and finished with a truly bombastic version of I am the Resurrection that certainly reached the sound levels of any of the thunderstorm’s Yorkshire had that night.
15. The audience left red hot, soaked through and elated, those not silenced in awe, were able only to repeat superlatives over and over.

The is no doubt that The Stone Roses are a special band who have found a place in the heart of many people and they are back creating new music, back playing live and we the fans couldn’t be happier.

With special thanks to Kev Ebbs and Nikki Chapman.

All words and photographs (except where stated) by Katie Clare. More writing by Katie on Louder Than War can be found at her author’s archive. She can also be found on Twitter where she uses @tokyo_katie.

Google removes all Danish music from YouTube in rights row

August 1, 2020
0
We are in the middle of rights wars and culture land grab...the big companies are rising rough shod and getting away with it
Read more

Google removes all Danish music from YouTube in rights row