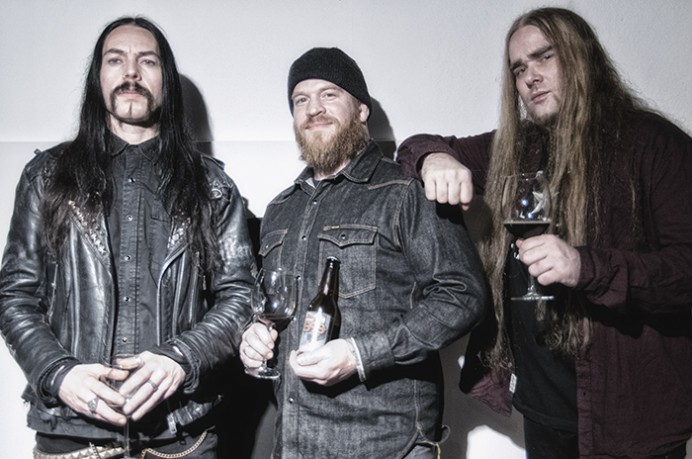 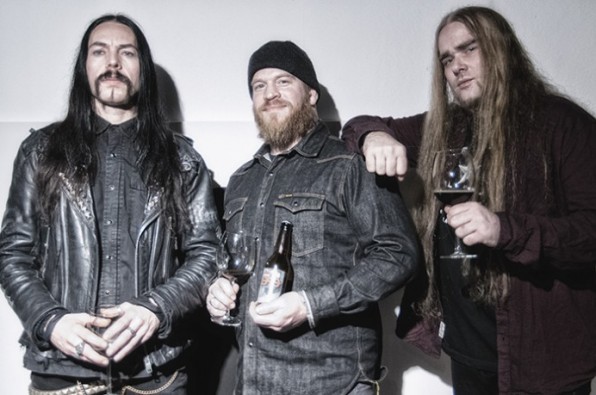 Norwegian Black Metal horde 1349 have returned to the frontline with a vengeance. In addition to the release of the stunning ‘Massive Cauldron of Chaos’ album, the band recently completed the first European leg of the ‘Chaos Raids’ tour and if all that wasn’t enough, 1349 have found the time to craft their very own beer. So time for Andy Santiago to catch up with frontman Ravn then, via the email, to talk about all things present and future for 1349.

Louder Than War: Greetings, firstly, it’s great to have 1349 back. There was quite a gap between ‘Demonoir’ and ‘Massive Cauldron of Chaos’, was there any particular reason for this?

Ravn: 1349 did quite a bit of touring following the DEMONOIR release, the songwriting and rehearsal period leading up to the recording of MCoC took some time, and then almost a year passed between the recording and the release of the album. Such processes need to take their time.

Were there any differences in the writing and recording processes on ‘MCoC’ in comparison to your previous albums?

For MCoC we pre-recorded most of the material so the songs were ready before we entered the studio. This time around we also had a very clear idea of what the guitar sound should be, and last but not least we brought over our American sound engineer Jarrett Pritchard. His input and skills had a profound effect on the album.

Where does lyrical inspiration come from and what shape does it usually come in?

For this album and most of our albums since Revelations… lyrics come in the shape of Destroyer from Nocturnal Breed.

His style of writing, as well as lyrical subjects, suit us very well indeed. Of course he is inspired by the music so in the end what inspires him is the same darkness that inspires the music. 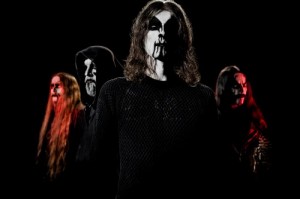 1349 have always been very active when it comes to playing live. What’s on the agenda for the band after the current ‘Chaos Raids’ European campaign and how is the tour going so far?

The tour has been going quite well and the response has been very good. People really seem to like the new songs being performed live and the feedback we get from talking to fans is overwhelming. It seems that people in Europe have missed us so our goal is to come back soon. As for our next adventure, we plan to go back to the US and present the album there. The response we got performing our single, “Slaves” when doing the Metal Alliance tour with Behemoth this spring was very good and if the crowd was not crazy enough before, that one turned everything haywire. So what with this, combined with the album reviews we’ve had, we’re really look forward to getting back and performing more new songs.

Some Black Metal bands refer to the live event as being ritualistic or ceremonial, is this a viewpoint 1349 share and if budget was not an issue, what would be the ultimate live production for 1349 be? I ask this as I’ve seen the Watain live performance grow in terms of production over the years and wonder if that’s a route 1349 would like to go down at any point.

1349 is a very visual band so of course we would do very well with a nice production. So if money was not an issue we have some quite nifty ideas for what would be fitting to go with our live performance. That being said, we feel like a pure and stripped down version of our live performance like we do now is also very fitting for the band and adds to the dark and grim feeling, so both will work and the band stands strong regardless. But once you have started on building a production then people tend to expect it to grow and develop so then it would be hard to go back if budgets became an issue.

Black Metal is now a very diverse genre with multiple facets. Do you think a majority of bands that claim to play Black Metal have no concept of the origins and original intentions behind the music?

It seems to us that many bands lack a sense of connection with their own spiritual source or musical roots, but it feels wrong to speculate on how other bands operate. We can do nothing better than try doing it the proper way ourselves.

I’m seeing and hearing the term “True Black Metal” more and more these days and have my own opinions on this. What’s the 1349 take on this term?

An expression is true if it is heartfelt and performed with attitude and conviction. It is no different for black metal than for blues or punk, really.

Let’s talk about the ‘Revelations of the Black Flame’ album. Personally, I really like it but it seemed to split opinion. What was the reasoning behind such a radical change and how did it come about? Will there ever be another recording in such a style?

Revelations … was an important experiment and a journey we felt it necessary to take. We managed to connect to a deeper darkness and a different pulse with that album; a process that we still harvest fruits from.

Outside of Black Metal, what other forms of music do 1349 enjoy and are any influences taken from them?

We enjoy a wide spectrum of musical expressions, but our greatest source of influence – by far – is having 1349 as an arena for realising our very own musical project. 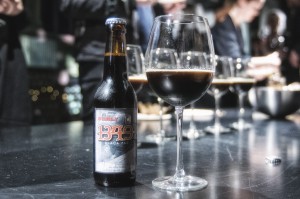 A subject very close to my heart, tell us about the beer!! How did that come about?

Basically, this phenomenon came about when we were out touring in the US in 2010. From the meet-up with master brewery Surly then, all the way up until this year, there´s been a lot of thought and reflection put into this idea and we’ve been back and forth with the brewery dealing with the recipe, feedback and testbatches and so on. As we got Norwegian rising star on the brewfront, Lervig with us on the mission last year, 2014 was the year when the 1349 Black Ale finally saw the light of day. And man, what a tremendous experience the beer is!

What would be the ultimate goal of 1349 as a band?

The ultimate goal of 1349 is to play black metal the way 1349 wants black metal to be, to give the world our aural hellfire!

Thank you for taking the time to answer these questions, is there anything else you would like to add?

1349 are already scheduled to play Bloodstock festival in the UK on Saturday 8th of August and numerous other festival appearances throughout Europe are also due to take place over 2015, including the prestigious Inferno festival in Oslo on April 2nd.