Home Music Slade’s legendary drummer, Don Powell, will be in conversation at the... 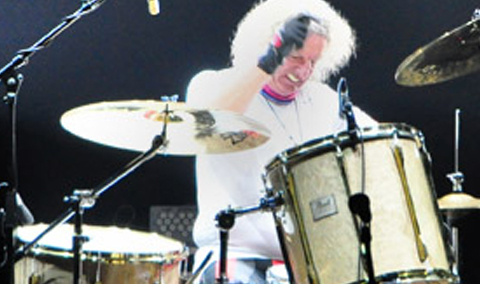 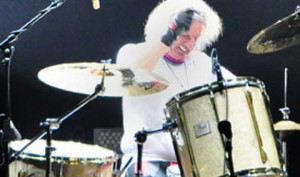 Slade’s legendary drummer, Don Powell, will be in conversation  at the Louder Than Words music and books festival in Manchester on the weekend on Nov 14/16

Don Powell was born in Bilston, just outside of Wolverhampton, West Midlands on 10 September 1946.

He became interested in playing drums whilst in the Boy Scouts. In 1963 Don joined his first band. They were The Vendors. In this band he was later joined by Dave Hill. Eventually Don and Dave formed a band called the ‘N Betweens in 1964. They then recruited Jim Lea and finally Noddy Holder – and thus created the band that went on to be called Slade.

Slade had their first hit single in 1971, it was called ‘Get Down and Get With It’. In October that year they hit No1 in the UK with ‘Coz I Luv You’. In the space of the following four years Slade had string of hits that included six No1 singles, three No2 singles and two that made No3. In the mid 1970′s the band emigrated to the United States for two years. They later returned to the UK to have further hits in the 1980′s, which included ‘My Oh My’ and ‘Run Runaway’.

In 1992 Noddy Holder and Jim Lea decided to leave the band. However, Don and Dave Hill have continued touring as Slade – and still play successful gigs, not only in the UK, but all over Europe, Poland and Russia.