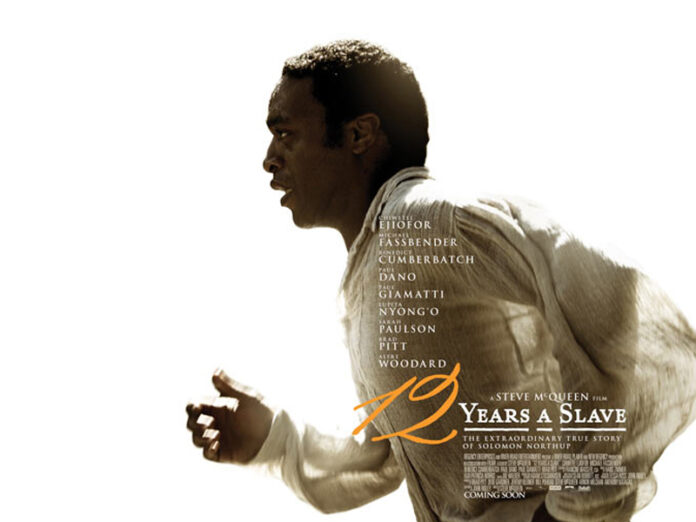 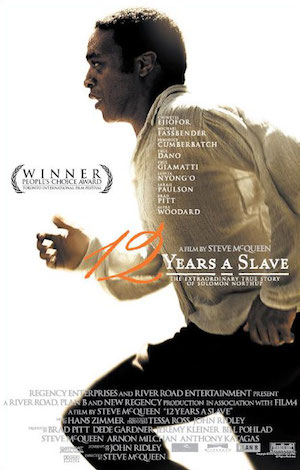 Writers: John Ridley (screenplay), Solomon Northup (based on “Twelve Years a Slave” by)

Already the winner of Best Film (Drama) at the Golden Globes, 12 Years a Slave is fully expected to add to that with an Oscar in a few weeks. But is it as good as people are saying? Robert Pegg gives us his opinion.

Solomon Northup (Chiwetel Ejiofor) enjoys a relatively privileged middle-class life in Saratoga, New York in 1841. Articulate, educated, mannered and somewhat musically gifted, he travels to Washington  DC on a promise of a job which it soon transpires does not exist. In Washington DC he is drugged and sold into slavery. He is then subjected to constant humiliation and degradation, alleviated only by random moments of kindness, by, for instance, Canadian abolitionist Bass (Brad Pitt).

Like any good film that seeks to convey a message, McQueen sets out the story and allows the viewer to make up their own mind. From his first contact with Freeman (Paul Giamatti), a slave trader whose very name is a mocking cypher, Solomon learns that his protestations of being a free man himself will only bring about more suffering. Freeman sees all humanity as strictly transactional, openly declaring “my sentimentality stretches only the length of a coin” before selling Solomon, now known as Platt, to the relatively benevolent plantation owner Ford (Benedict Cumberbatch).

His life in danger from the taunting overseer Tibeats (Paul Dano), Ford passes Platt on to the sadistic Edwin Epps (Michael Fassbender) and it is the treatment he receives from Epps that forms the large part of the film.

At times the film is uncomfortable to watch. Some of the violence is harrowing to watch yet it is of great credit to director Steve McQueen that those scenes are handled in such a way as to avoid the prurient, sadomasochistic voyeurism of, say, The Passion Of The Christ. It is not the animalistic beatings and punishments that stay in the mind long after the film has finished, but the absolute hopelessness and despair of those being beaten. This is where McQueen excels himself. In leaving aside the broad, historical sweep of films like Amistad or Glory, he concentrates on what he knows best through his previous work on Shame and Hunger – intimacy and human emotion.

The performances are uniformly excellent. Chiwetel Ejiofor as Solomon Northup is marvellous. Michael Fassbender in particular adds subtle layers to what could easily have been the one-dimensional monster of Edwin Epps and Lupita Nyong’o as Patsey, the young slave girl paradoxically damned for her industriousness, is remarkable. It is because of this kind of careful, meticulous direction that makes 12 Years As A Slave not just an important historical document but an extraordinary piece of cinematic art.

It doesn’t always do to view historical events through the revisionist prism of white liberalism and it’s always good to see a film arouse debate, not least because it shows that cinema is still important and valid. It’s very easy to watch this film and feel bad about the sins of the colonial past and then put it to one side, but to do that would be to do the film a disservice because it is much more subtle and nuanced than a simple morality tale. On the one hand, 12 Years As A Slave is a historical drama telling a tale of colonial, white man oppression through the eyes of one man, but on the other it is as real today as it was in the mid nineteenth century.

There are an estimated  21 million people in the world today forced to work under the threat of violence for little or no pay – more than at any other time in our history. Many of them, like Solomon Northup, were born into freedom and taken into captivity. They are alive now, in our time, not in the past.

After illegal drugs, the sale and resale of women and children into sex and forced labour is the biggest source of income for organised crime across the globe.

There is not a single country in the world that is exempt from the effects of the modern day slave trade.

The legality of slavery may have long been abolished. The reality has not.

For more information about those currently living an existence of forced labour visit this section of  the ILO (International Labour Organisation) website.