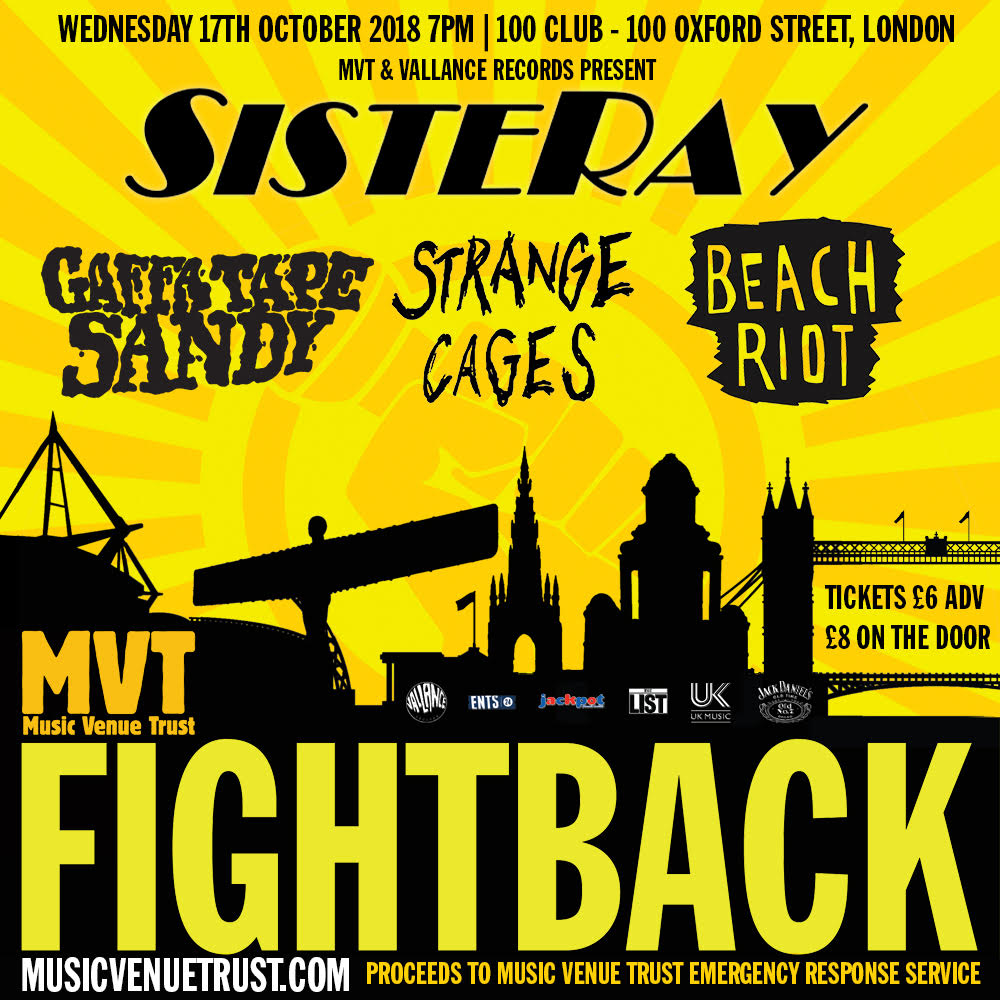 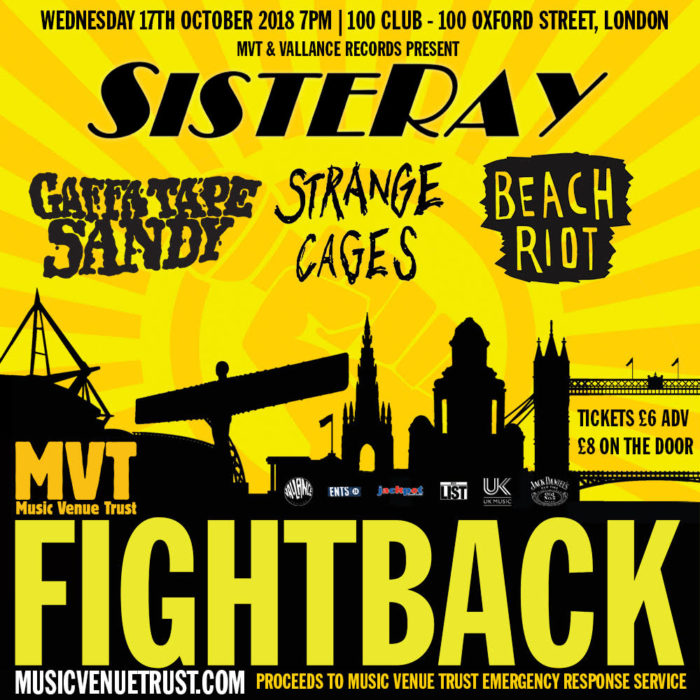 Four of the UK’s most wildly impressive buzz bands of the moment are all coming together on October 17th to take London’s 100 Club by storm, YOU DO NOT WANT TO MISS THIS ONE!

Sisteray came together out of their shared love for bands such as The Smiths, Velvet Underground, The Clash and The Replacements. This is proven in the upbeat melodies and lyrical observations of 21st century Britain, combined with high-octane live performances that have been key to making their live shows unmissable. They have recently built up their live audience through a series of #guerillagigs, using everything within their means to persuade promoters to let them have a first on slots at shows big and small.

Beach Riot like to make fuzzy sexy pop music that people can lose their shit to.

With their frenetic, snotty, psych-surf rock ‘n’ roll sound in the vein of The Cramps or Ty Segall, Brighton’s Strange Cages have made strides in their short existence gaining support from the likes of Clash, Fred Perry Subculture, Q Magazine, The 405 and The Line of Best Fit and tearing up stages supporting King Gizzard & The Lizard Wizard, Night Beats, and Boogarins.

Formed in 2015 by three friends with a desire to do something loud and exciting, Gaffa Tape Sandy’s popularity quickly escalated thanks to a series of incendiary live shows and a seemingly endless succession of instantly memorable garage-punk/rock tunes.  The Bury St Edmunds outfit’s brand of giddily frantic, high-octane hyper rock ‘n’ roll has already landed them support slots with acts including IDLES, Peace, SuperGlu, Bloody Knees and Indoor Pets. Their debut EP ‘Spring Killing’ lead to them performing at Glastonbury Festival, with their latest single ‘Beehive’ gaining much support including Huw Stephens’ BBC Radio 1 Tip Of The Week.

Advance tickets are already flying out for the show since it was announced, grab yours here now while you still can and join the Fightback! Get tickets here.