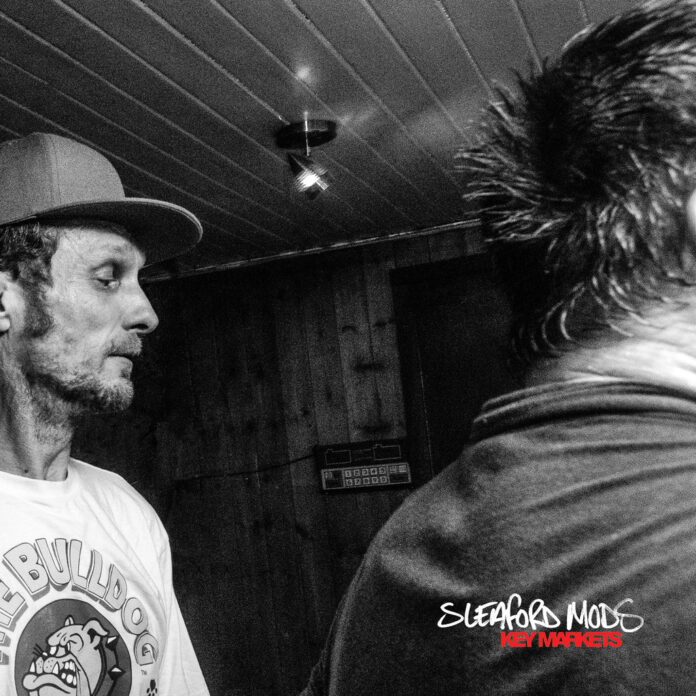 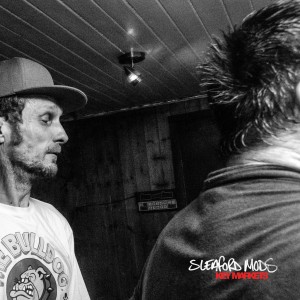 10 reasons why Sleaford Mods album should be number one

1.Despite everything we love about the band, despite the lyrics, the fuck you style, the truth telling sulphuric acid attack – the voice of the disappointed, the disgruntled and the disspossesed and all that genius stuff that we love about them – it’s the music that matters.

Strip away everything you love about the band and the music really does cut it. Cuts it like a knife. If they were singing about flowers and gnomes this would still be a stand out album of stripped down, sulphuric, modern urban bus shelter blues- an experimental but thrillingly pop album of a totally original music driven by those infernal bass lines and that perfect cheap beat drum machine… attaaaak!

2. Now and then in pop culture you get that perfect moment.
God Save The Queen was one , Ghost Town was another – you know that time when the right group has the right songs for the right times. In the middle of the vilest week of Tory madness and Labour’s fumbling response – a week when Labour seemed to be cowering from the cads, we just needed something from somewhere to say something different and Sleaford Mods perfectly capture that disgruntled UK that exists beyond the Tory rags, the right wing agenda and the ugly concrete cancer modern world.

3. That they do this with scathing acidic humour and poetic genius kinda helps as well. Jason Williamson may sound rightfully angry but his voice is full of charm as it twists and turns throughout the songs spitting bile and graffiti poetry like a machine gun on speed. This kind of stuff can be earnestly dull but he does it was a brilliant humour and a surrealistic flow that hits the target every time. And it also packs a humanity to the music – a humanity all too rare in music.

4. They have all the dark humour that is so British. That in the trenches laughing at the rats , the disease and the mud and the rain. It’s the real music hall, the real UK, the genuine revenge of the downtrodden and makes for great music. Jason Williamson like a rating poet and Andrew Fearn doing the hands in pocket anti performance. Perfect.

5. Sleaford Mods also look great – like the two gate crashers at an all weekend party who just didn’t bother to go home but no-one wants to leave because they have a wild eyed charisma about them.

6. Regional accents rule – the UK is a patchwork of communities defying the shite weather and the don’t give a fuck city 21st century state of the inner London sanctum.

7. In the X factor world of pop culture or the too perfect indie world of public school bedwetters the site of two scruffs from Grantham (oh the irony of coming from the same town as Thatcher…) gate crashing the party is just too perfect. Most of their songs are unplayable on the radio due to swear words and attitude. They have not only upset the apple cart but taken all the apples and thrown them back at the smug mainstream bosses.

8. Pop culture is now a mono culture and the proles have been locked out for far too long. The greatest British pop culture reflected the diversity and width of our culture. Sleaford Mods music varies from Crass style artful polemic to hip hop’s command of stripped down beats to left field noise indie’s high IQ sneer to industrial music’s sense of adventure to Britpops sense of community to mod if it was about modernism. Initially many people thought they were too simplistic or didn’t get them and it took time before everyone caught on but there is so much going on here and so much of the music is well thought out and infernally catchy. We love the way they pretend to press a button and woosh! away we go! this is far smarter than that – the songs are woven from a myriad of places – recorded with care by their extended family of maverick minds and all sound great.

In a British culture where everything has been stolen and placed into the playground for the rich – everything from whole cities like London pricing out the locals to football clubs like Blackpool FC where the locals are barred to our pop culture are all in the back pockets of the cold hearted wealth class, to our TV to our newspapers, OUR NHS, to everything we used to hold dear becoming playthings for the loaded we need a pissed off voices like da’ Mods.

The lyrics are shorthand rushes of poetic polemic – shards and snippets that describe the true modern UK which is a million miles away from the ‘rupert trousered’ tories that are laughing in the face of the public before then the public vote them back in again. This is the lone voice of the broken bus shelter, always late, permanently worried, knackered, broken, ripped off Britain were no-one even pretends to care anymore, this is the sound of the ripped off, the pissed off, the bored and fed up and it makes for a great pop music.

10. In the odious pop parade of plastic surgery disasters, public school chancers, prancing Tory pop goons – the site of this pair glowering back is such a perfect moment – a Sex Pistols moment- a chance for the white crap to answer back and answer back with the most innovative, thrilling, seat of the pants album of the year that combines those genius lyrics with a brilliant ground breaking music that is the antithesis of the never had it so good smugness of contemporary UK pop culture that is also experimental and also pop music – it’s so perfect that even the doubters are giving them another chance…

Make this album number one…