Home Blogs 10 reasons why Killing Joke are the best live band out there... 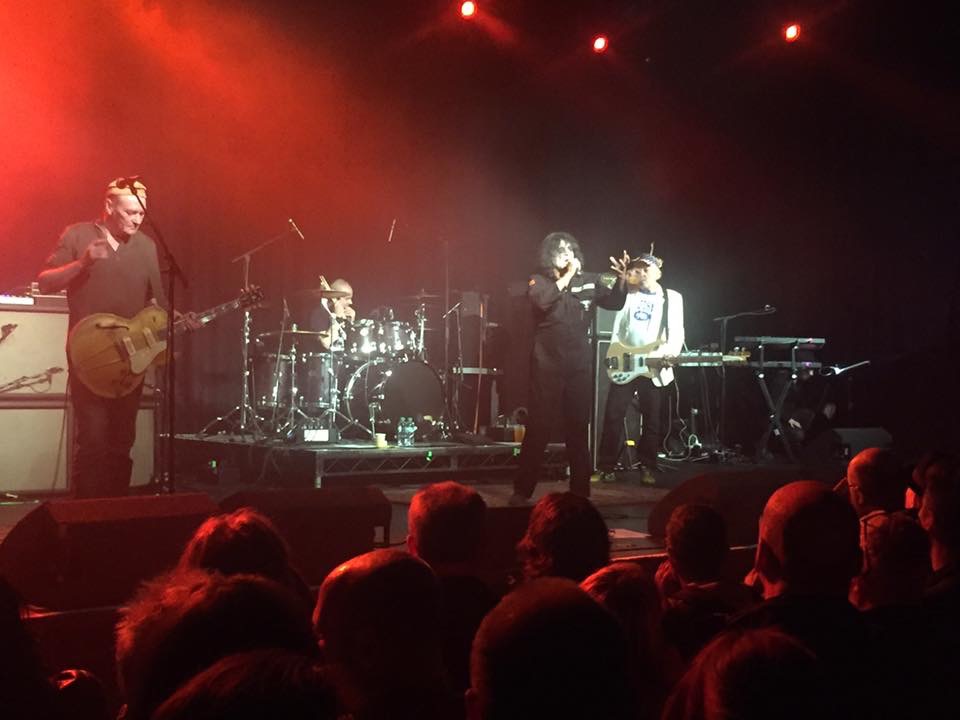 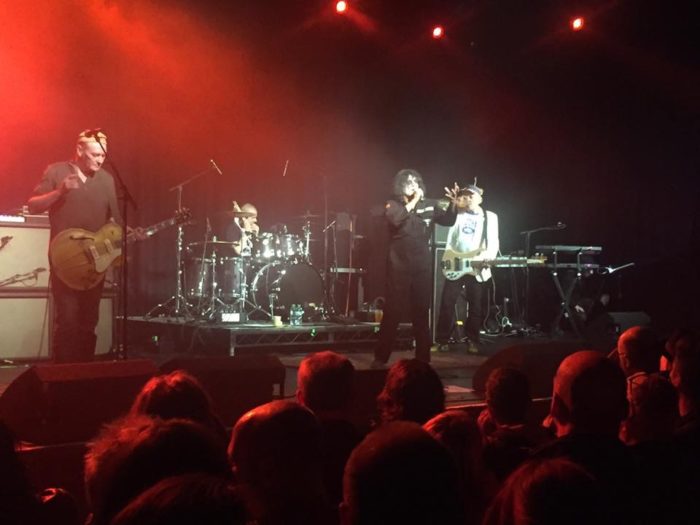 As the Killing Joke tour nears its end and we prepare for the official LTW live review from the London show at the Roundhouse on Nov 17th John Robb (from the UK post punk band Membranes) returns from their stunning Manchester gig to preview the upcoming tour climax and pinpoint ten reasons why the current live Killing Joke show could be the best live band in the world right now!

On nights like this Killing Joke are the greatest rock band in the world – that’s if they are to be trapped by the word rock. Sure enough there is the power of the precision of rock and its bombastic volume but there is also the deep undertow of dub, the relentless groove of funk, the brooding dynamics of sweeping classical and the dark magus of their very own voodoo which fills the room.

Much has been said about Killing Joke on this tour and much of it is true.

This truly is a band at they very top of their game.

There is an avalanche of mesmerising power about their music that captures all their phases from the dirty disco and dub of their initial releases to the intense end of times sermons of the current trilogy of apocalypse now albums that seriously fuck your head in the best possible ways.

This is a unique band at the top of their game.

There are a clutch of shows left on this tour.

Ten reasons why Killing Joke are at the top of the game right now!

Killing Joke were always about the groove. No matter how deep the noise and intensity got you could always dance to it. They always had that heavy unrelenting power but with an undertow you could move to. The heaviest disco band in the world? The true masters of punk funk?

The enormous groove of songs like Wardance is timeless, that primal groove from Geordie’s guitar counterpointed by the funk bass and those drums made them the greatest death disco band ever.

2. The intensity of Killing Joke is legendary

Even at the back of the hall you can see the whites of Jaz Colemans eyes. This is no showbiz shaman throwing shapes – this is the real deal. An imperious, wild intensity full of the filth and disgust of intelligence trapped Ina dumbed down world. Coleman’s body shivers as he does his medicine man shuffle across the stage. It’s hypnotic stuff and you can feel the power of this ghost dance and the band’s total belief.

Jaz Coleman’s hands look enormous as they carve arcs out of the gig murk. They dominate the stage like huge goalies gloves lining up for a penalty. They look enormous and they seem to hold all the huge music in their palms. They are, of course, conductors hands and the surf on the sound of the band as the hypnotise the faithful – fleshy digits that are the conduit for the band to the audience and back again.

There have been a few Killing Joke line ups – many of them have been great in their own right of course – who can deny the monster bass of the late and great Raven but there is something chemical about these four, that when they get on stage together their disparate personalities gel into a mighty force. That’s not just compared to their other line ups but to any other band. Few can capture this odd and captivating atmosphere like Killing Joke. This is a unique band and that chemical aura that sounds them helps to define such mystical musical words like ‘chemical’.

Jaz Coleman calls gigs ‘gatherings’ and the fierce spirit in the room tonight is testament to the unique community that follows the band. Killing Joke are like a few other bands from that period like, maybe the Stranglers, that demand this kind of devotion – these micro worlds are more like strange religious orders with dark visions than mere pop groups. People will wait years for their dose of the dark and tonight are rewarded with one of the greatest Killing Joke shows ever.

It’s an astonishing display of drums tonight from the quiet man of Killing Joke. Of course there was power and we expect the power. It may be an unreasonable expectation of course from a man who is nearly 60 and perhaps we should care for his joints and skeletal frame as he pounds away for 90 minutes and we do take that for granted.The power is not all there is though – there is an amazing finesse to what he does, counter rhythms, off kilter rhythms, tribal rhythms,the perfect groove of funk in a rhythm overload that combines snappy hi hat action, those thermal toms and the relentless kick drum. It’s a drumming masterclass.

With a huge pile of non matching amps piled up behind him, Youth is channeling the spirit of Lee Scratch Perry, War and Lemmy into his bass. It’s a sonic rumble in the bottom end jungle as he faces sideways across the stage you can feel his joy as he locks into the eternal dark groove that is the heart of Killing Joke. Youth brought the disco to the band from his pre punk teenage years and the art of party into the dark space of the ensemble. This is crucial. Killing Joke were always a band that you could dance to. The apocalyptic sermons needed the blast furnace groove and Youth has always been there to make sure that part of the equation was provided. His unique stage presence and colourful attire (which even toned down tonight still seems to glow) also stands out a mile in a room full of black – a dayglo feel good character who also embraces the heavyweight agenda of the band geo politically,culturally and magic wise glowing in a monochromatic apocalypse movie.

For many years Jaz was treated by the press as some kind of madman shooting at the passerby about the end of times and the impending apocalypse . Unfortunately for the planet it turned out he was the only sane person in the building and was right all the time. Switching from the Jaz-growl to his croon, the white face painted Coleman is in great voice on this tour locking into the ensemble as another component in what is very much a band. His role remains the communicator, the conductor and the boiler suited shaman bringing the fierce force of the beyond into the narrow world of music.

Stoic and impenetrable the guitar player stands there deceptively still as his hands wreak carnage with those Gibson ES Series guitars that switch from the distinctive sustain drones, the shards of corrugated riffs and the dark arpeggios. It’s a unique and powerful sound. Much copied but never equalled. Especially in post grunge American rock where is became the staple. The sound is impenetrable you can’t dissect it into any one constituent part. Its like scraping rust from huge sheets of metal like the gigantic pieces created by the sculptor Richard Serrawhose work is the closest comparison I can think of or it sounds like the end of times but it’s never noise whilst it delivers a whole host of chiming melodies in its melodic carnage with a deft lightness of touch as well as so many clever rhythms .

This world tour has been blowing minds.

We have all been following it on facebook waiting for it to snake its way towards us. It’s time for Killing Joke to take themselves as seriously as their fans do and tour a bit more often. Of course absence makes the heart grow fonder and all that but we need this mercurial dose of dark alchemy more than every few years. We appreciate they do have day jobs – Youth has to keep his production line of million selling productions goings, Paul has his heavy duty wrought iron jewellery to make and Jaz wanders the world creating orchestral pieces whilst Geordie is locked in his Prague flat creating those corrosive riffs but these dark and dangerous times need the perfect soundtrack and we demand an annual dose of this magik.