Home Blogs 10 reasons why The Specials new album could be one of the... 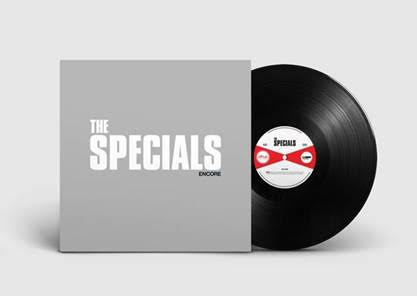 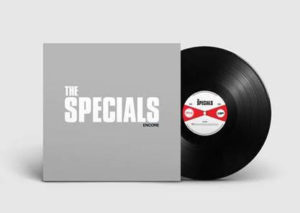 Well, it’s going to be in the running…

Who would have thought that a reformed band, down to 3 core members, four decades into its on/off career could have released an album in January that is one of the albums of the year?

The Specials album is that good.

The songs, the crisp perfect production, the vocals, the lyrics, the spooky and brilliant melodies, the bass lines, the twisting of the Specials sound into new shapes from seventies funk to Cuban salsa to muzak to dub to the time honoured ska chops, the subtle energy, the great songs, the entwining of melancholy and joy and also the defiance and humanity in the lyrics make it a special record.

2. Defying the deadweight of history.

This is a band that comes loaded with the stuff. This can make a new album potentially tricky. It’s full of generational signposts that many of us grew up with. They formed in Coventry in punk. They were rehearsing in the Clash’s Rehearsal Rehearsals room in Camden. Bernie Rhodes managed them. They perfectly captured the culture clash moment, making the greatest combination of the punky reggae party and creating 2 Tone. The label, the clothes, the music, the style, the fusion was a very British take on the great sharp music from Jamaica that had been part of Brit culture since the late sixties and they gave it a thoroughly modern concrete UK punk edge.

They were restless creating a second album of addictive muzak (which I love) and then there was Ghost Town – the perennial go to track for any social documentary of inner-city UK with its spooky ska and dub genius making it still one of the greatest number one singles of all time. The band then fell apart after that moment of perfect pop synchronicity with one half making the sardonic dark pop of the Funboy Three and Jerry Dammers continuing with the Specials for the third album.

They had created a very special space in British pop, a band that did social commentary with songs that were like documentaries but never patronising or boring. They wrote clever funny lyrics, told stories you could understand and relate to and with their black/white line up did more for race relations than anyone else. They also sparked off a real musical adventure with their that was played out over the decades by the likes of Massive Attack to Blur from the Stone Roses to the Happy Mondays – every British band that mattered loved the Specials and their DNA was all over the best of British pop culture.

When they reformed in 1993 there were stunning shows – I saw them one night at Manchester Apollo when they melted the place – I’ve never seen so many people dancing in the venerable old venue. The reformation was a celebration of their dancefloor genius and great back catalogue but there was no sign of new stuff. This was strictly the best party in town and as members left or sadly died it seemed like the wheels were coming off and like many fans, I was worried when I heard a new album was coming.

Of course, every band has the right to create but when the stakes are set this high for one of the key bands then you have fingers crossed.

The amusingly titled ‘Encore’ sounds far better than it should. It sounds modern and urgent. The crisp production is perfect. The guitars skank perfectly and Horace Panter’s bass has been brought to the top of the mix with its melodic dub bounce giving every song a dub spine. Catchy as fuck the B-lines dominate the record and take advantage of the group’s stripped-down membership. What had once been seven is now three – most bands would have been over at this reduction in numbers and the Specials have lost some special people along the way but the core trio are on fire and take full advantage of their situation.

Terry still delivers that ghostly delivery with superb phrasing with each word being twisted to bring out its full meaning. It’s one of the great UK pop voices. A unique sound. Like nothing else. The production underlines his vocals and he sings each song with a different nuance, a different inflection – from the acidly funny to world-weary to snark social commentary to the melancholic self confessional take on his own dark depression on the crooned ‘The Life And Times (Of A Man Called Depression)’ A song where he attempts to deal with his own melancholic condition in a beautiful and touching piece of music with a sensitivity and openness that is stark and also utterly compelling.

The 67 years old Lynval Golding delivers monologues with the authority of a wise old owl. On the autobiographical and anti-racist ‘BLM’ he delivers a narrative about the racism he has had to put up with in his life in a charismatic lived in Jamaican brogue. It’s utterly compelling as the band seethe to a seventies funk backbeat.

5. Generous with their space the band hand the mic to the wonderful Saffiyah Khan

Saffiyah is the Muslim woman who stared down the EDL in that famous confrontation a few years ago when new Britain stood up to old Britain. The band bring her on for a vocal on 10 Commandments and her strident, powerful, confident voice is a smart, funny and acidic brilliant delivery that is a put down on the dumb sexism that lingers in modern culture and is hooked around a reply  to the band’s key influence Prince Buster and his sexist Ten Commandments song over the rhythm from Dawn Penn’s dancehall smash ‘You Don’t Love Me (No, No, No)’

It’s a fulcrum moment of the album – Buster was one of the band’s heroes and made so many wonderful records but his old school lyrics from the sixties deserved an eventual reply like this, a reply that stretches out to take aim at the endless swill of male bullshit on the street and on line.

6. Nothing changed. Unfortunately, these times were made the band.

The UK they sang about in the late seventies seemed like a grim monochromatic nightmare that was fading into the past but in the last five years has remerged all digitally enhanced. The tragedy of the Specials is that none of their records sounds dated. Their new lyrics sound like social commentary deep into the 21st century with the added sigh of an older generation like on Lynval Golding’s ‘Embarrassed By You’ when he admonishes the weapon carrying teenagers in gangs on the streets. The album is full of lyrical gems taking aim at the weary old targets.

7. The Specials are fully engaged in the tension and claustrophobia of modern UK

The band were always own the nail – that was part of their key narrative. They return older and wiser but still engaged and it’s that added wisdom that infuses there lyrics (and these are all great lyrics – funny and clever)  This is a world of snidey social media dealt with in the Brecht and Weill via a spooky ska take on the Doors of ‘Breaking Point’ with a perfectly phrased vocal from Terry Hall delivering the sardonic social commentary eye on these lunatic times.

Gun culture is dealt with on the stunning cover of The Valentines ‘Blam Blam Fever’ where the two voices bounce of each other counter-pinning perfectly in one of the album’s high points which bounces along like happy ska with its undertow of dark visions – perfect Specials. The new version of ‘The Lunatics (Have Taken Over The Asylum) has shed its brackets and is now abbreviated to The Lunatics and is a pithy and dark put down of the visions of hell that now run the planet with the world-weary tone from Terry Hall casting an eye at the ever worse lunatics that run amok at the top of the food chain. It’s sparse use of space and the dark tones of the piano adding to the sense of tension and drama in a superb piece of music. ‘Vote For Me’ is classic skanking ska from the band – just because they can, Horace’s bass drives the song along and their use of space is underlined by the crisp and perfect production as Terry delivers a snark monologue about the duplicity and hypocrisy of most politicians.  ‘We Sell Hope’ ends the album with a great slice of moody dark pop classic that hints of the Beatles ‘While My Guitar Gently Weeps’.

Of course there have been some dissenting voices. The 21st-century internet is full of dissenting voices with everything shouting louder and louder in a keyboard Armageddon. Some people want everyone to stand still and in the same place. The Specials have moved forward and created something unique and compelling and you can listen to it over and over again. Let’s celebrate.

In classic style, the band have connected an album that perfectly captures the moment. They sound like The Specials but they have found a new set of pathways. They have twisted covers inside out, paid homage to their own older songs, borrowed chassis off other hits, written some new songs in that cut and paste culture that central to punk and, of course, to old school ska.

It’s only January and the stakes have been set high. We hoped for something good. They delivered something very special. A reminder of the power and potency of great pop music.