The old lung clearer is a far more common in rock n roll than you would have thought.

There is nothing like the rattle of phlegm against the chest to signify careless living or a compete disregard for the niceties of music. At one time engineers would have spent hours trying to eradicate the aural throat spittoon but here are ten they have missed or were under direct instructions to leave on tape.

2. Black Sabbath ‘Sweet Leaf’
The dark overlords who invented a whole musical genre and one of the most influential bands of all time Black Sabbath had to cough somewhere in their early works and here is Tony Iommi clears his passages here…

A perfect example of the cough as a brattish proto punk statement. With one clearing of the throat Iggy Pop invented the attitude of a future generation. 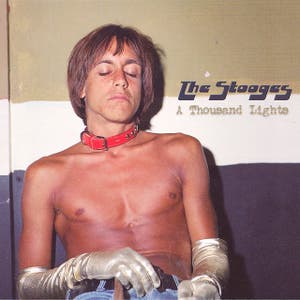 4. Led Zeppelin “In My Time of Dying”

5. Dead Kennedys ‘Too Drunk To Fuck’

As the classic DK’s anthem slurges to its breathless climax the band cough and spew all over the studio floor.

Chris Bailey’s voice sounds like one long cough so it’s no surprise that he finally lets rip with a real head clearer.

This could be a moot point and one that could cause a lot of debate but do we count in sneezes? If we do then Lee Perry sneezes with perfect timing on this classic track.

Innovative as ever the Beatles perhaps invented the cough on the pop record, unless anyone can find another one? Here they cough away merrily at the beginning of George’s classic complaint about having to pay some tax.

On one of those long nights in the endless sessions for the Second Cming the Stone Roses prove that all was not always fraught with tension in the sessions with the jokey hidden track on the album which features some very stoned playing and some wonky tonk piano and, of course, the vital cough.

There’s a lot of coughing on hip hop tracks, all that weed maybe? We just put this on the list because its a really great tone with the crew coughing their way Hough the intro.