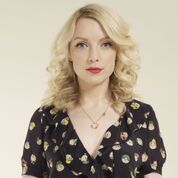 LIF is the long overdue response to the wildly successful Manchester International Festival – a globally respected programme of bespoke collaborations, and community projects, pumping millions into the local economy across the Pennines.

The more modest debut LIF will focus on three main strands – music, moving image and technology – showcasing the best of what Leeds has to offer, with a decent line-up including film premieres, live acts, exhibitions and conferences, with keynote speakers leading the debates. 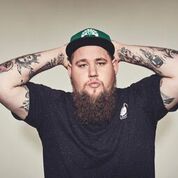 As home to world-leading technology brands, an innovative music history and the city which brought the world the moving image, the festival celebrates the rich and vibrant cultural life of one of the UK’s biggest cities.

A whole host of music events will happen across the festival with a music strand featuring acts including Wire, White Lies, Maximo Park, Pigeon Detectives, Temples and Nubiyan Twist.

LIF music is led by Live at Leeds, winner of the UK Festival Award for Best Metropolitan Festival, who have pulled off a real coup booking chart topping Rag ‘n’ Bone Man to top a very strong line-up.

Live at Leeds Director of Music, Colin Oliver said: “This is a fantastic opportunity for the city to celebrate its musical heritage and look to the future to develop an inclusive program that showcases the city’s talent —whatever musical genre.”

As well as the Empowering Women with Tech conference, the Technology strand offers up the Leeds Digital Job Fair, the launch of an exciting new experience from Tick Tock Unlock at Trinity Leeds, a huge Hey! Conference, conversations about Cyber Security and a brand new family event called Make, Believe – Inventing the Tech of the Future.

“As a proud woman in tech in Leeds, I’m really excited to be directing the technology strand of LIF,” notes Director of Tech, Natasha Sayce-Zelem. “I’ve curated this year’s strand around emerging techtrends; from Virtual Reality to cyber warfare and security, to addressing the digital skills pipeline issue. We also explore themes around futurology in tech, robotics and gaming.”

Moving Image leads with a specially commissioned film about Leeds United with narration from Jones and Gordon Strachan, who was a key part of the United side who won the Premiership before it all went horribly wrong down at Elland Road.

The organisers are confident they can build the festival’s international offer, and work has already begun on Leeds International Festival 2018, which will take place over two weeks with an target of attracting over 100,000 people.

“There is an ambition in the city to showcase all that is great about Leeds, nationally and internationally,” says Andrew Cooper, Chair of Leeds International Festival and LeedsBID Chief Executive.

“This year’s festival is hopefully the start of a showpiece annual event for Leeds – the foundation for a bigger and even more ambitious LIF in 2018.”