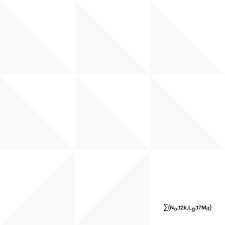 New Order release an audio document of the 2017 shows from the Manchester International Festival that revisited and celebrated their back catalogue in grand style.

The Guardian, The Times and The Observer were highly complementary, although if you wanted a more reliable and informed opinion, our own John Robb’s review of the event (here) called this an “outstanding…a stunning and artful setup.” In fact, just click the link and re-read JR’s words of wisdom and then get onto whatever platform you use for listening to music (unless you still a CD or indulge in the triple coloured vinyl options) and relive the sounds of New Order doing it with a difference.

It was a  special series of intimate shows in collaboration with visual artist Liam Gillick – such an important and frankly essential part of the presentation (or was it new Order soundtracking his installation?)  – and backed by a bank of 12 synth players from Manchester’s RNCM set in two rows behind Venetian blinds. Add Joe Duddell’s orchestrations and the iconic setting of Manchester’s old Granada Studios and all the ingredients were there. On So It Goes, we get to focus on just the music with the recording of the full show from the 13th July plus three additional tracks that were played over the residency. It adds a different perspective as this seems to have been one of those where you, as they say, had to be there, so inevitably the effect is watered down.

We now know the how the aim was to reimagine (deconstruct, rebuild, rethink… etc. might have been an apt title) what some call the deeper cuts in the band’s catalogue. Ah yes, “Requests for Blue Monday will fall on deaf ears, and these days these ears are pretty deaf”. There’s more than enough in the library of work to be able to pull some belters from the annals and treat them to a coating that adds depth and power. Despite the constant pull of rabbits from the hat, the magnet of Unknown Pleasures’ Disorder, gathering dust for decades and the Closer pairing of Heart And Soul and Decades, might be the hook that snares those seeking some familiarity, yet they somehow seem a world away becoming absorbed into the context of the freshness of the newly reinvigorated New Order pieces.

In these days of bands being only too willing to go down the easy route of churning out a shedload of nostalgia by performing ‘classic’ albums – no names mentioned for they are many – it’s invigorating to see a band taking up a more exciting option. With the recent Joy Division orchestrated show at the Royal Albert Hall and Hooky keeping the kettle boiling in his own inimitable way, the whole JD/NO history feels like it’s gained a fresh momentum and lease of life. Just watch out for hell freezing over.